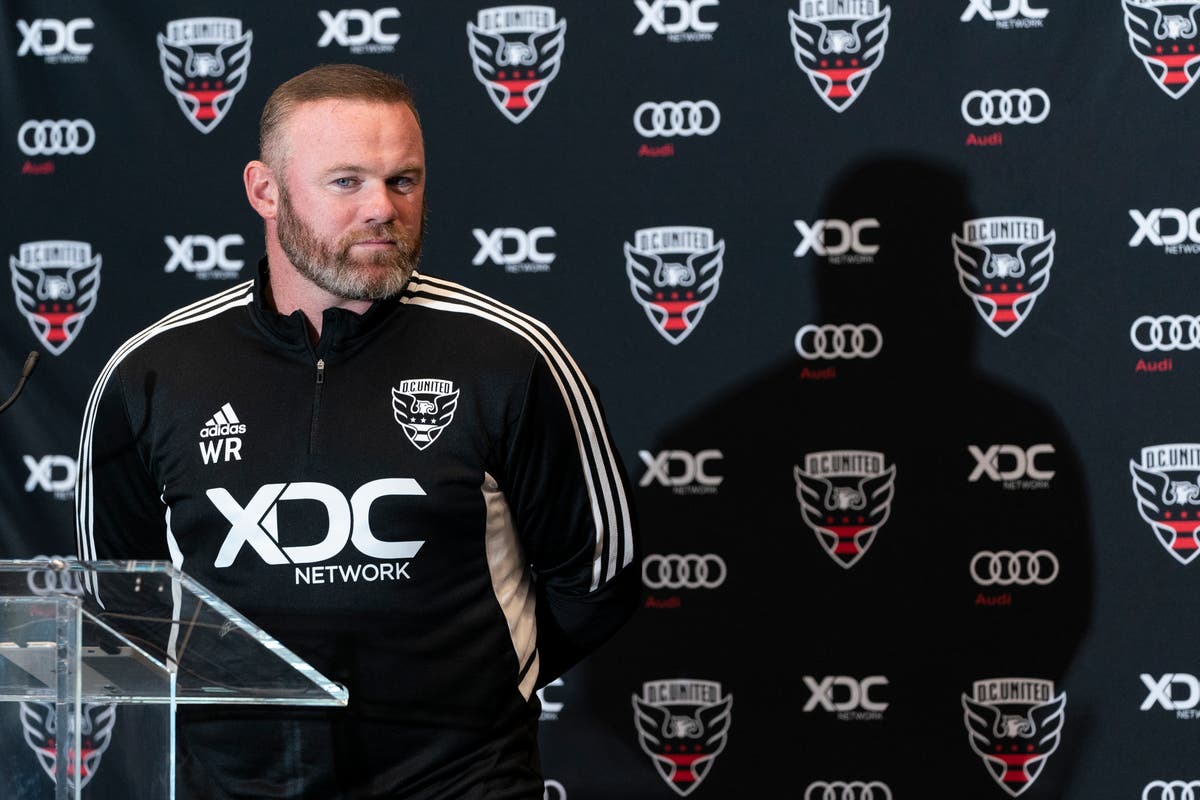 Wayne Rooney has dismissed suggestions that taking over as head coach of Major League Soccer side DC United is a “backwards step” in his managerial career.

The 36-year-old has made a swift return to management with his former club, having left Derby last month following a tumultuous spell where his own stock improved despite chaos off the pitch at the Rams.

The former England, Manchester United and Everton striker has wasted no time getting back into the game, although he will have to wait for completion of a visa application to formally take up his new role back in Washington, where he enjoyed a two-year playing spell.

“I’ve seen a few articles, certainly back in England, on this as possibly a backwards step in my managerial career. I really found that a bit disrespectful to this league,” Rooney said at a press conference broadcast on the club’s YouTube channel.

Rooney revealed there had been “a few other clubs, both in England and in Europe, who got in touch” following his exit from Derby, but that he had been planning to “take a bit of a break” before the DC United opportunity came up.

“I think as a player, playing in the main of my career at the top level, you can really choose which club you want to go to,” he said.

“Of course, I’m an ambitious person, I want to manage at the top level and this is part of that process, in terms of coming here, trying to develop this club, trying to get success here, but also develop myself as a manager.”

Rooney also highlighted his “connection” with the club and added: “There isn’t another MLS team I would have gone to.”

Rooney joined DC United in June 2018 as a designated player and went on to make 48 appearances, scoring 23 goals and getting 15 assists.

He revealed his family were supportive of the move but would remain in England for the time being and come over to visit.

“That’s not an issue whatsoever from a family point of view,” he said.

Rooney described the move as an “exciting challenge” and “something I feel can develop me as a coach”.

He takes over a side that suffered a 7-0 defeat to Philadelphia on Friday to sit second-from-bottom in the Eastern Conference table.

“The team need to improve and I really feel with my capabilities of developing players, young players, we can get this club back to successful ways again,” said Rooney.

DC United co-chairmen Jason Levien and Steve Kaplan described Rooney as “one of the most exciting and dynamic up-and-coming managers in our sport”.

They added in a statement: “He’s already proven in his young coaching career that he knows how to lead a group through adversity.

“He has an understanding of our league and what it takes to be successful in Major League Soccer thanks to his two-year stay with us as a player.

“The passion he showed while wearing black and red electrified our city and our club and we are so excited to welcome him back as our head coach.”

DC United confirmed Rooney will join the club and assume the role of head coach pending the receipt of his P-1 Visa, with the rest of the coaching staff to be announced at a later date.