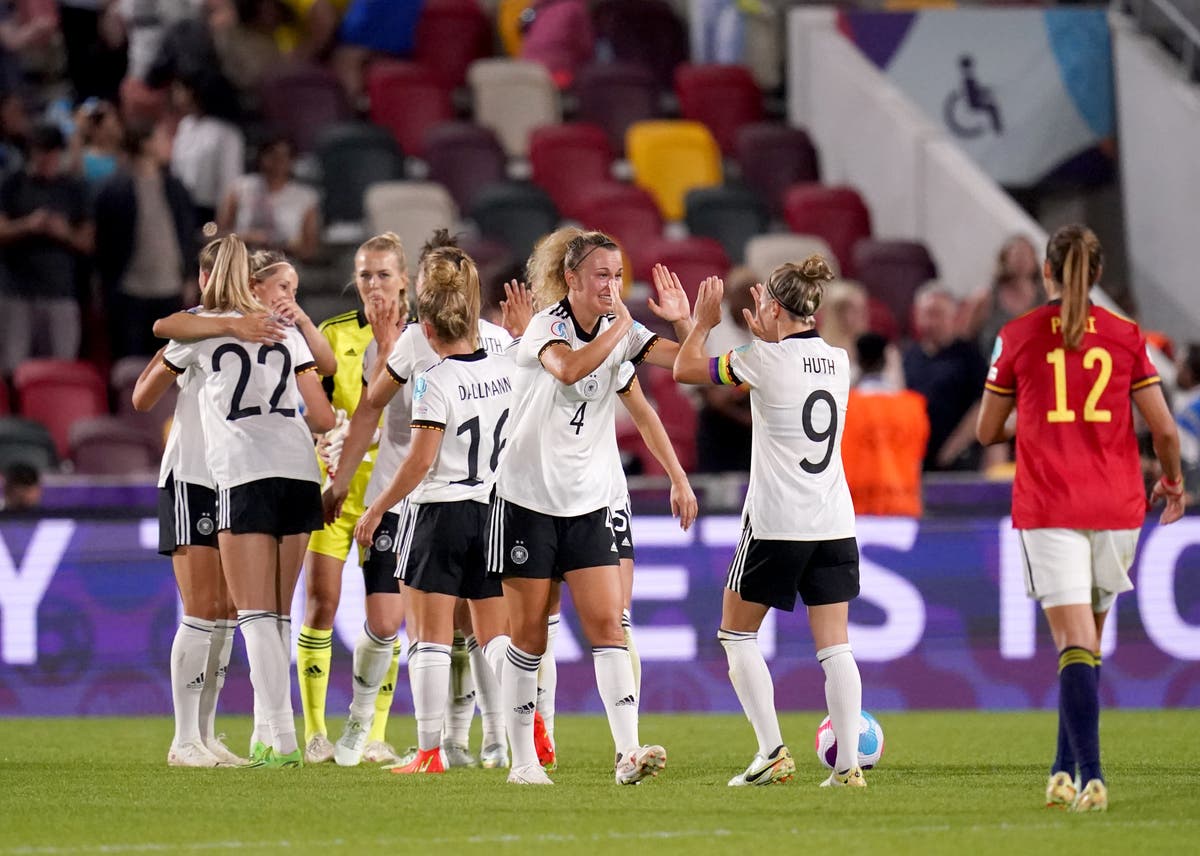 Germany laid down another marker in their quest for Euro 2022 glory as they saw off Spain to secure top spot in Group B and coast into the quarter-finals.

Earlier, Denmark had kept alive their hopes of also making it through to the last eight – and a showdown with hosts England – after beating Finland.

Here, the PA news agency looks back at Tuesday’s action.

The eight-time European champions have so far lived up to their billing in the quest for another title success.

It took Germany just three minutes to open the scoring at the Brentford Community Stadium, as Klara Buhl capitalised on a blunder from Spain goalkeeper Sandra Panos.

Captain Alexandra Popp headed in a second before the break as Martina Voss-Tecklenburg’s side sent out a strong reply to England’s own impressive performance on Monday night.

Coach Jorge Vilda will need to regroup his squad quickly for their all-or-nothing showdown with Denmark when they head back to Brentford on Saturday.

After being swept aside by Germany in their opening fixture, Denmark needed to record a positive result to keep themselves in with a shout of making it out of the group.

Captain Pernille Harder produced the breakthrough when the Chelsea forward nodded in with just 18 minutes left.

It needed, though, a fine fingertip save from goalkeeper Lene Christensen to deny Finland substitute Jenny Danielsson a dramatic equaliser deep into stoppage time.

Denmark coach Lars Sondergaard was a relieved man when the full-time whistle blew, which also signalled the end of Finland’s own hopes of further progress.

“We were nervous, of course, but I think the players did quite well when they came under pressure,” he said.

Lionesses straight back to business

An expectant nation might just be ready to get swept up in the hype of England’s 8-0 thrashing of Norway in Brighton on Monday night.

“Of course, it is (a statement). Every game in football you go out to win and you want to play as best as you can, and (on Monday) everything we touched in the first half was golden,” the Arsenal defender said.