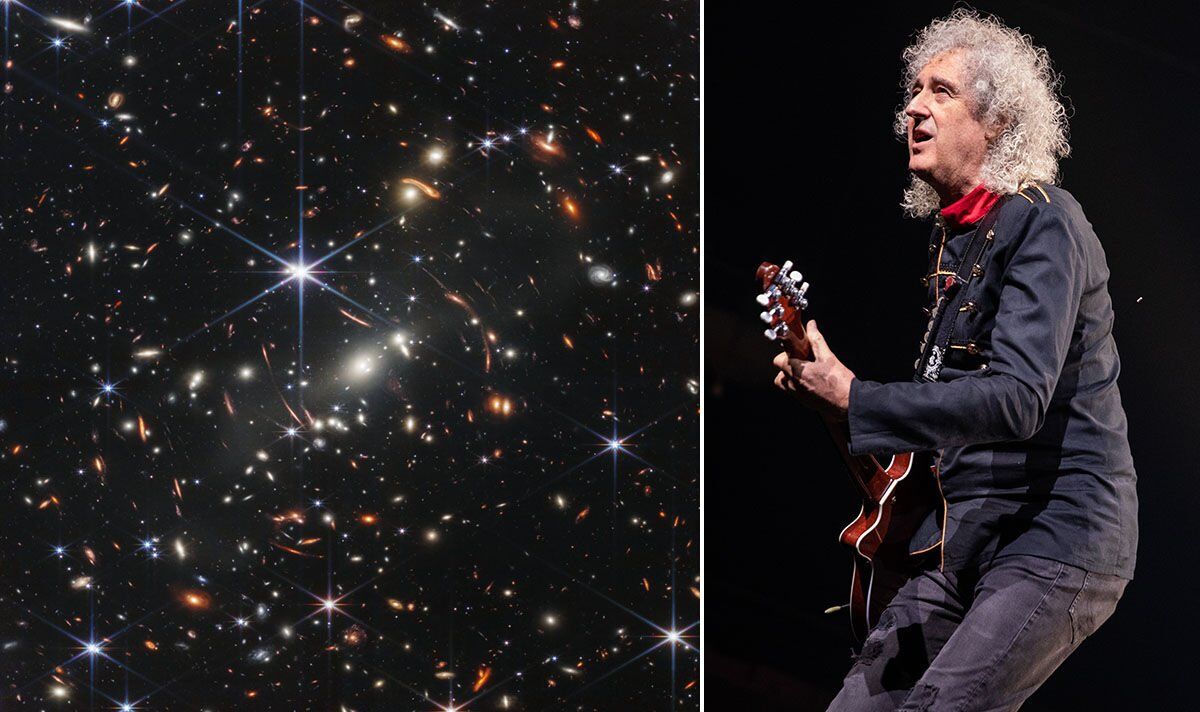 Before Queen took off, Brian May was working on his PhD in astrophysics at Imperial College, London. When the rock band’s popularity skyrocketed, the guitarist abandoned the doctorate, before returning to complete what he started and earning his degree decades later in 2007. The almost 75-year-old has continued to enthuse about astronomy alongside his music and enjoys combining his two passions.

Earlier this year at Brian’s Another World album launch at the Royal Observatory in Greenwich, the star debuted a special new music video right at the end.

The Queen legend had teamed up with 10cc’s Graham Gouldman on the new track Floating in Heaven in honour of the James Webb Space Telescope, which launched in December 2021.

The successor to Hubble became fully operational this week and the first images of a galaxy with up to a trillion stars right after the Big Bang have been released by NASA.

The new song was written and sung by Gouldman and features Brian on guitar and backing vocals as James Webb launches and sets off into space.

On the James Webb Space Telescope’s first image, NASA said: “The deepest, sharpest infrared image of the universe ever.⁣ President Biden previewed the very first image released from the James Webb Space Telescope, the world’s most powerful space telescope. Capturing this was all in a day’s work. (Literally! Webb captured this image in less than a day, while similar images from Hubble can take weeks.) ⁣ If you held a grain of sand to the sky at arm’s length, that speck is the size of Webb’s view here. Imagine — galaxies galore within a grain! Why do some galaxies appear bent? The combined mass of this galaxy cluster acts as a ‘gravitational lens’, bending the light rays from more distant galaxies behind it, magnifying them. ⁣ This isn’t the farthest back we’ve seen. Non-infrared missions like COBE & WMAP saw the universe closer to the Big Bang (about 380,000 years after), when there was microwave background radiation, but no stars or galaxies. Webb sees a few 100 million years after.” ⁣