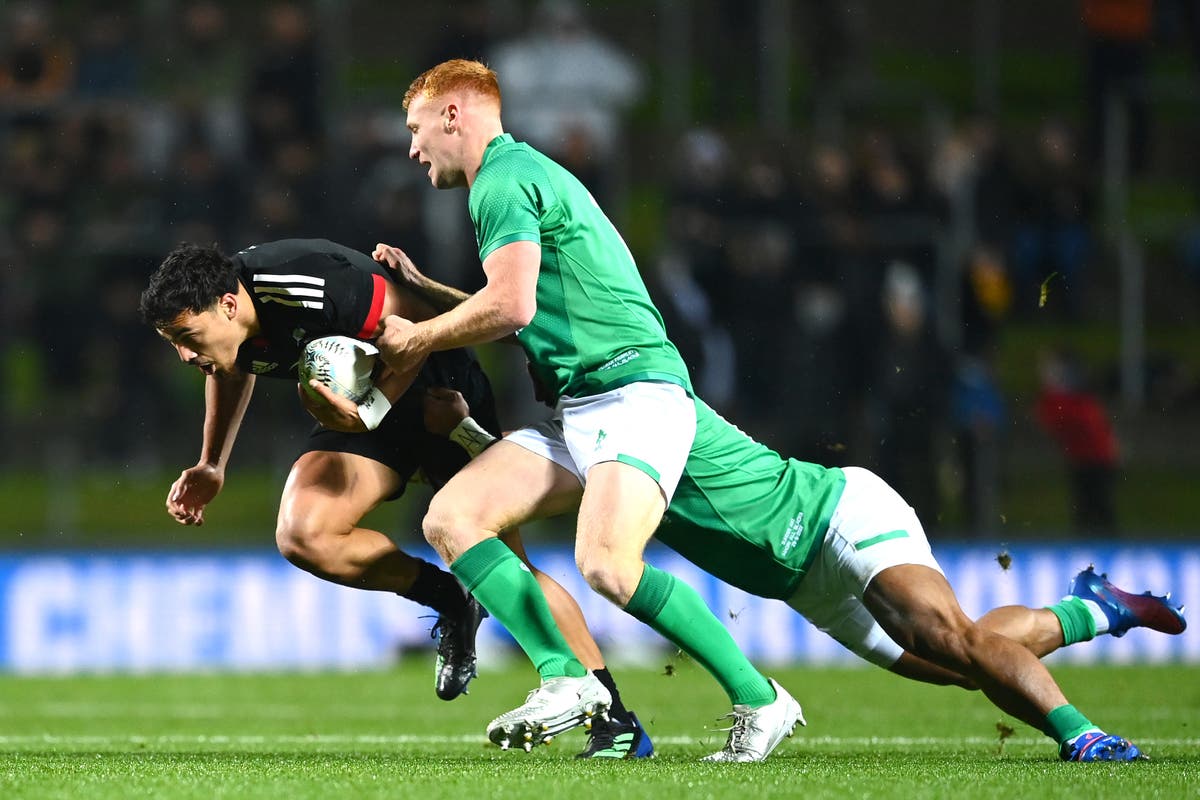 For the second time on Ireland’s tour of New Zealand this summer, they will face the Maori All Blacks in an uncapped international – with the contest taking place at Sky Stadium in Wellington on Tuesday (kick-off 8.05am BST).

The first contest a fortnight ago saw the Maoris emerge as 32-17 victors in Hamilton thanks to a scintillating display of running rugby and Ireland coach Andy Farrell will be eager for a measure of revenge to keep momentum rolling ahead of the Test series decider on Saturday.

Unsurprisingly, the starting XV is completely different to the side that played from the off in the historic victory over New Zealand at the weekend with lock Kieran Treadwell – who came off the bench as a late replacement in that 23-12 triumph – the only starter against the Maoris to feature at all. Keith Earls captains his country for the first time in his 97-cap international career.

Ireland’s first-choice squad are being rested but with 12 of the same starting line-up as the previous defeat to the Maoris, Farrell expects his players to be fired up: “These guys have had to wait for another chance and they’re busting for that,” he said. “The Maori beat us on the night and thoroughly deserved that, so it’s a chance to show how much they’ve improved. They’ve had time to learn all those lessons, be more disciplined, be more accurate and understand what it takes to win a big game.”

Here’s all you need to know about the uncapped international in Wellington:

When is Maori All Blacks vs Ireland?

The second match between the sides on the summer tour will be played at Sky Stadium in Wellington, New Zealand, on Tuesday 12 July at 8.05am BST.

The match will be broadcast live on Sky Sports Action – with coverage starting at 7.50am. If you’re not a Sky customer you can grab a NOWTV Day Pass here to watch without a subscription.

Andy Farrell has changed the entire starting XV that beat New Zealand in the second Test at the weekend as he rests players for the decider but there are only three changes from the first fixture between these two sides a fortnight ago.

Those three alterations see Niall Scannell replace injured hooker Dave Heffernan, Stuart McCloskey come in for Bundee Aki at inside centre and Michael Lowry start at full-back – pushing Jimmy O’Brien out to the left wing, which in turns nudges Keith Earls into the No 13 jersey as a replacement for James Hume who suffered a tour-ending injury in the first game. Earls also captains the side from outside centre.