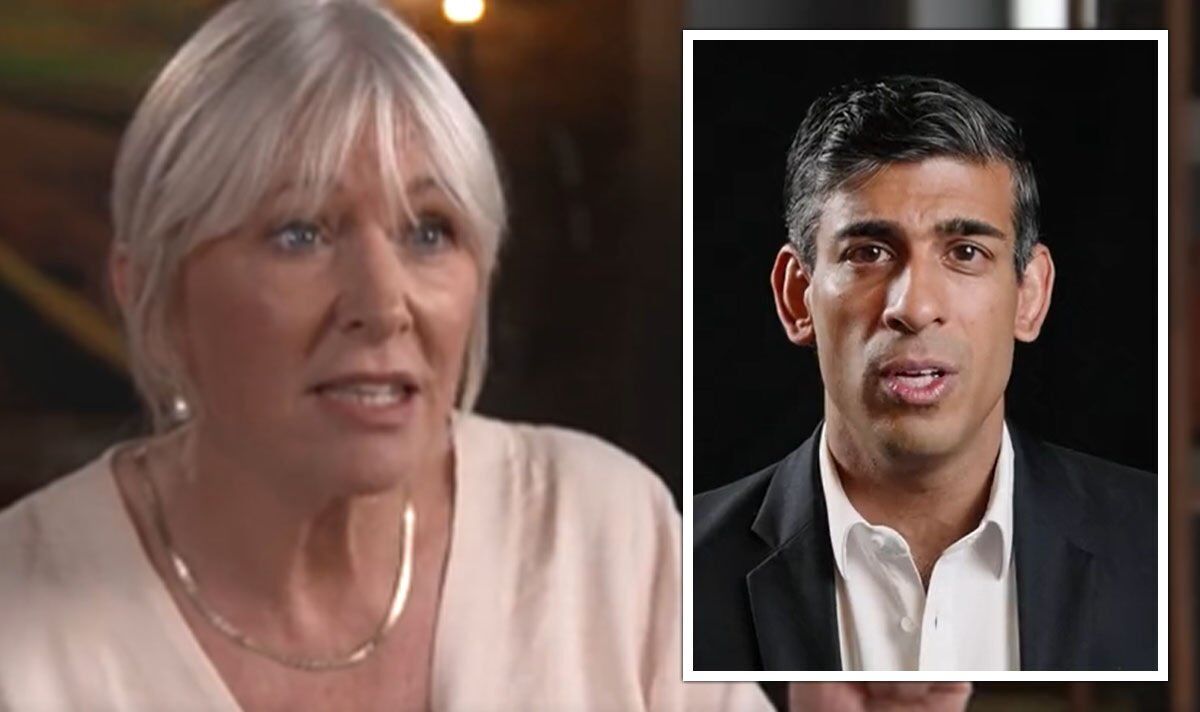 The Boris Johnson ally lashed out at Rishi who threw his hat into the ring to become Tory leader with a promise to rebuild trust following the tumultuous premiership of Boris Johnson. The former chancellor quit last Tuesday, helping to trigger an avalanche of ministerial resignations. He announced his bid on Twitter, saying: “Let’s restore trust, rebuild the economy and reunite the country.” His move came as allies of former foreign secretary Jeremy Hunt, who was runner-up to Mr Johnson in 2019, said he was “virtually certain” to stand again this time.

Speaking to GB News, Ms Dorries said: “I had my suspicions not least because some difficult decisions were taken like when we wanted to lift restrictions from Covid.

“It was very difficult to get the Chancellor at meetings to commit to any policy at all.

“Rishi had been planning his campaign to the letter, launched it the day it was ready and everybody else is blindsided.

One of the heavyweight favourites, the former chancellor of the Exchequer launched his campaign with the slogan “Ready For Rishi” and leads the way with more than 30 backers.

One of his supporters is former housing minister Robert Jenrick, who said: “I saw up close in Cabinet the leadership which Rishi Sunak demonstrated during the pandemic.”

Dr Liam Fox, who most recently worked as secretary of state for International Trade, wrote: “Our next Prime Minister must tell the truth to the British people about our economic challenges, and have a credible conservative plan for growth and lower taxes. Rishi is the only candidate with the experience, integrity and vision to do this.”

A second ballot is planned for Thursday.

If the number of candidates has not then been narrowed down to two, ballots are expected to begin again on Monday next week.

Sir Graham said the new leader would be announced on September 5 but would not say when the final vote would take place.