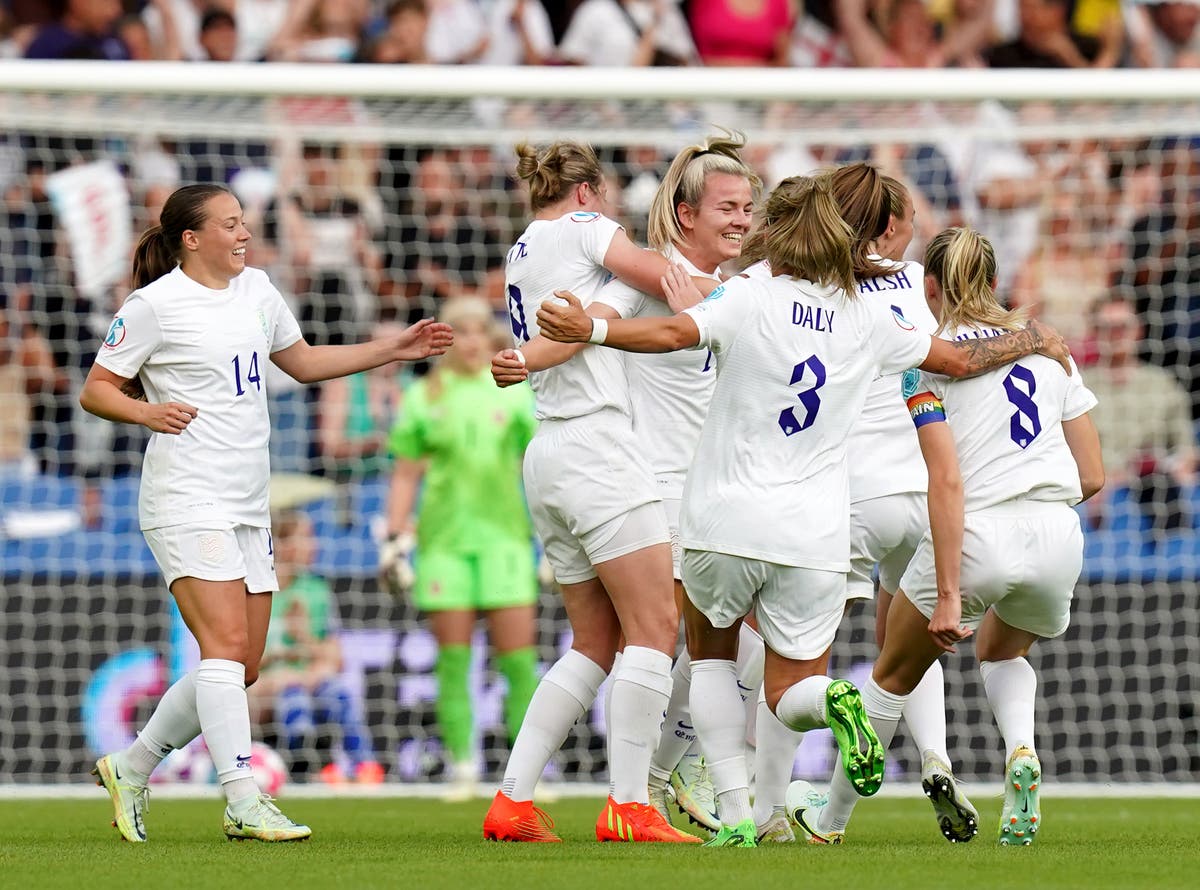 England’s Euro 2022 campaign exploded into life as they secured their place in the quarter-finals with a record-breaking 8-0 rout of Norway.

Having ground out a 1-0 win over Austria, who beat Northern Ireland 2-0 on Monday evening, Sarina Wiegman’s side romped to victory over the Norwegians in some style to signal to fancied sides Germany and Spain ahead of their meeting on Tuesday that they mean business.

Here, the PA news agency takes a look at Monday’s events at the finals.

England may have had to edge their way to victory over Austria, but they had no such difficulties in dispensing with Norway to win Group A.

They were 6-0 up by the break thanks to doubles from Beth Mead and Ellen White and further goals from Georgia Stanway and Lauren Hemp, and substitute Alessia Russo claimed her place in history when she struck with 24 minutes remaining to ensure her side became the first to score seven at the European Championship finals.

Mead completed her hat-trick with nine minutes remaining to make it 8-0 on a remarkable evening at the AMEX Stadium.

End of the road

Northern Ireland’s first ever major tournament finals is drawing to a swift conclusion after Austria condemned them to a second successive defeat.

Goals from Katharina Schiechtl and Katharina Naschenweng handed victory to the Austrians at St Mary’s Stadium and left Kenny Shiels’ side pointless after their opening two fixtures.

Shiels admitted in advance that qualification had probably come too soon for his side, the lowest-ranked at the tournament, but they could have no greater incentive as they prepare for their final group game than the opportunity to give hosts England a bloody nose when they meet in Southampton on Friday evening.

Netherlands keeper Sari Van Veenendaal’s tournament is over as she was forced to withdraw with a shoulder injury suffered in the defending champions’ opening 1-1 Group C draw with Sweden.

Feyenoord’s Jacintha Weimar, who was on the stand-by list, has been called up as a replacement as Van Veenendaal returns home for treatment.

Dutch manager Mark Parsons told the official Oranje website: “It’s terrible news, first of all for Sari of course, but also for our whole team.

“Sari is much more than a player of our selection. She is our captain and a very important leader. We will miss her very much.”