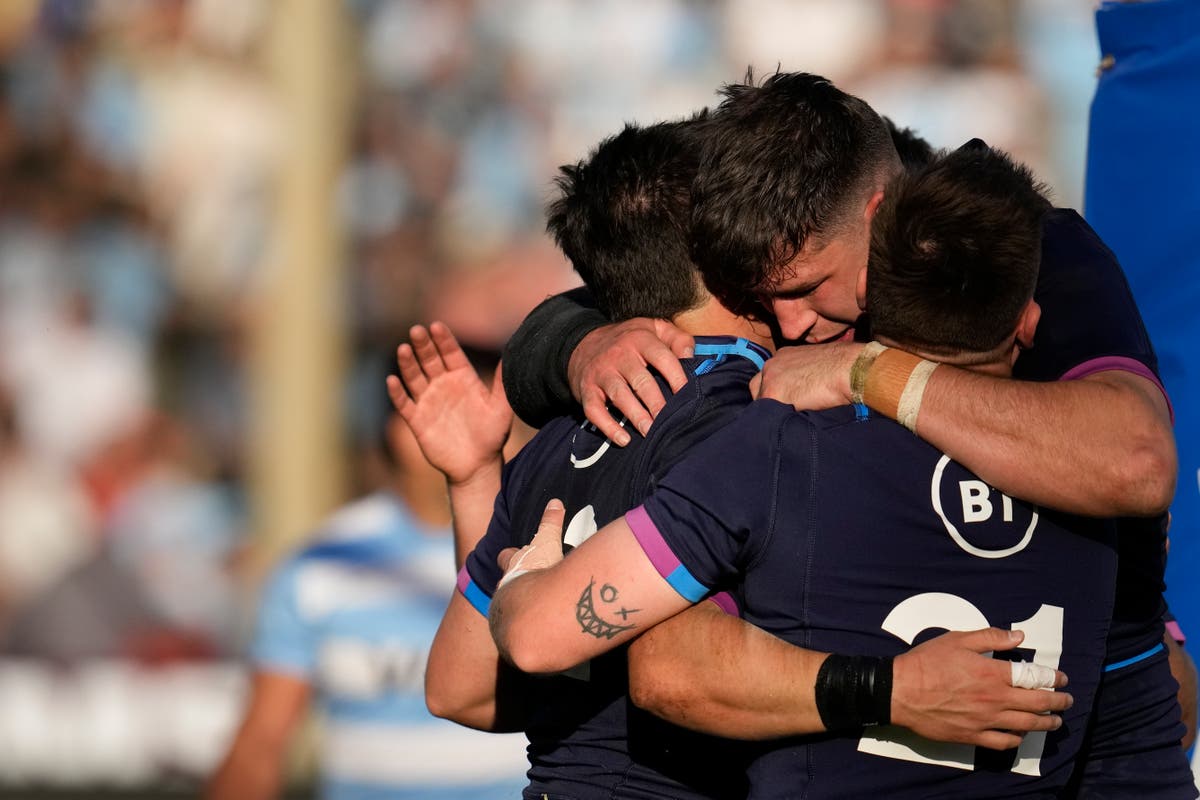 Gregor Townsend warned Argentina that Scotland were just “scratching the surface” after levelling their three-match Test series with a comprehensive 29-6 success in Salta.

The series will now be decided in Santiago del Estero next Saturday, with head coach Townsend insisting the best is yet to come from Scotland.

“There’s a lot of togetherness in the squad, it’s a group that cares about each other and playing for their country,” Townsend told Sky Sports.

“We knew we’d get a response this week. The way the players have trained, how committed they were to improving.

“We are scratching the surface with that performance, we’ll be working to bring our best performance next week.”

Scotland’s first ever three-Test summer series had started with an opening 26-18 defeat.

On a very hot and blustery afternoon in north-west Argentina, there appeared to be more trouble ahead as Scotland were careless in possession and the hosts led 6-3 just before the break.

But man-of-the-match Watson marked his 50th cap with a seventh Test try, and the visitors’ forward power told from that point.

Fagerson powered over for a first Test try and centres Bennett and Johnson delivered great running angles to put Scotland in command.

Townsend added: “We started the game well. It was a mixed performance after that, but at the start of the second half we really took the ball to them.

“I thought some of the running lines and the effort in contact was outstanding.

“(There are a) lot of areas to improve, but to win a Test match in Argentina takes a lot of hard work. So real credit to our team for that.

“We knew it would be a tough challenge but our pack was outstanding, the back row in particular, against a quality side away from home in tiring conditions.

“Good foundations to build on for next week and for next season. That third quarter we had a lot of ball, a real credit to our maul and scrum performances.”

The only downside were injuries to backs Rory Hutchinson and Kyle Rowe.

Townsend declared Hutchinson doubtful for the series decider, while expressing fears that London Irish wing Rowe had suffered a “serious injury” after coming on to win his first cap.

Scotland skipper Grant Gilchrist said: “We bounced back from last week, but we came here to win a series and we won’t get ahead of ourselves.

“That was a lot more like it. But there’s more growth in this team and we’ll need it next week.

“The first half was pretty even,” said Leicester hooker Montoya. “The second half they scored simple tries and we need to be more determined on our goal line.

“When we were in their 22 we weren’t able to score. Some forward passes and knock ons.

“They scored too easy and we are going to work hard for the next game.”