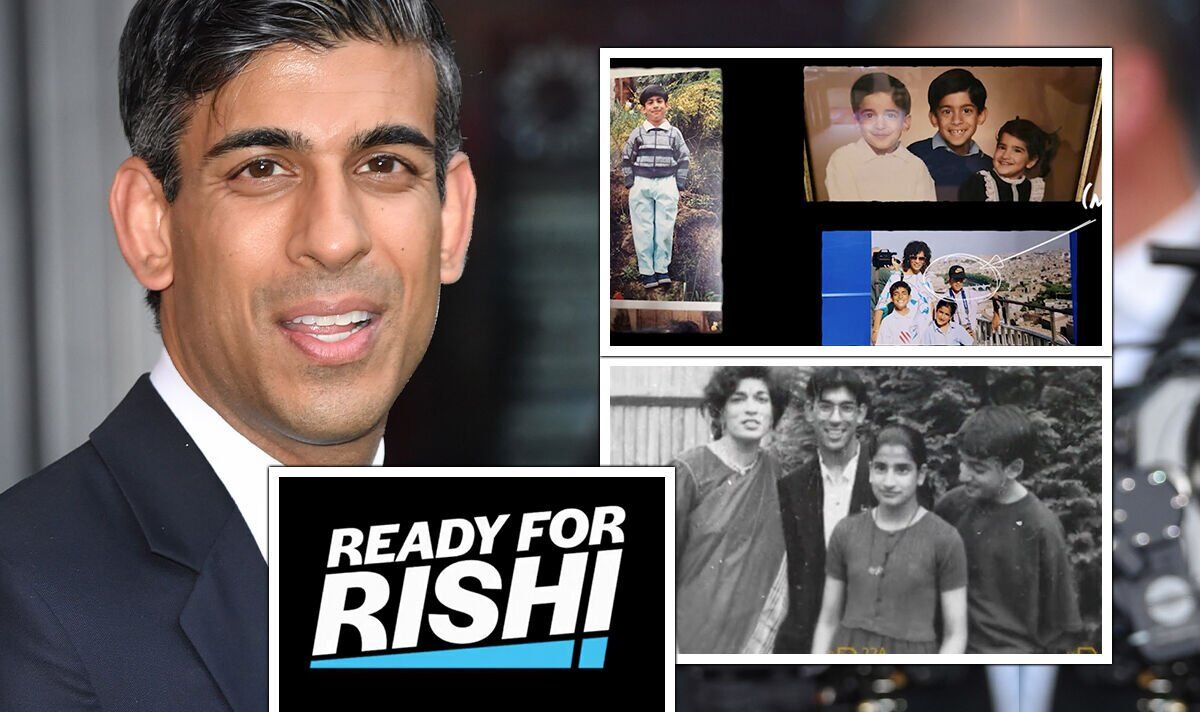 Less than a week after his dramatic departure, the former Chancellor’s campaign was launched in a glossy video on social media. Mr Sunak said: “I’m standing to be the next leader of the Conservative Party and your Prime Minister. Let’s restore trust, rebuild the economy and reunite the country.”

Mr Sunak intends to present himself as the “serious candidate, for serious times” and lean on his record of getting the country through the pandemic and lockdown with a world beating furlough and bailout scheme.

As Chancellor he received criticism for increasing taxes to pay the cost of the pandemic from Tory MPs but he appeared to make a dig at his critics as those who “fantasize and want to live in the moment”, while pitching himself as the man to make difficult decisions.

Mr Sunak also talked proudly of his mother who was a pharmacist and father who was doctor bringing him up in Southampton.

Talking emotionally about his mother he and his Indian roots, he said: “Let me tell you a story about a young woman who boarded a plane a lifetime ago armed with hope for a better life and a love for her family.”

After the video was launched opponents suggested that it showed he had been preparing a bid for a long time.

An MP noted: “To produce a high quality video like that, that takes time even if he has had a few days to twiddle his thumbs.”

The ReadyforRishi.com site was also registered on 23 December last year well before the Prime Minister was outed although the Ready4Rishi.com now being used was registered on Wednesday this week.

Nevertheless, the former Chancellorwho had for a long time appeared to be Boris Johnson’s heir apparent has already got MPs backing him.

A former Brexiteer, who turned down David Cameron’s pleas to join Remain in 2016 and postponed any promotion, is now one of the favourites to take the top job a mere six years later.

Mr Sunak is campaigning and Rishi” and hopes to be the first Prime Minister from an Asian background in British history.

The first Prime Minister from an ethnic minority was also a Conservative, Benjamin Disraeli in the 19th century.

Mr Sunak has had detractors over his tax rises and there was a row when it wmerged his wife, a multi-millionaire – legally avoided some taxes through non-dom status.

But he has also been praised for his assured performance in two turbulant years of government.

Additionally, he was one of the firs two ministers to quit the Government this week along with Health Secretary Sajoid Javid.

He said that he needed to fight for integrity and the problems with the Johnson government were unsustainable.

MP supporters are understood to include long time friend Oliver Dowden, who quit as chairman after the two by-election defeats last month, and Claire Coutinho and Craig Williams.