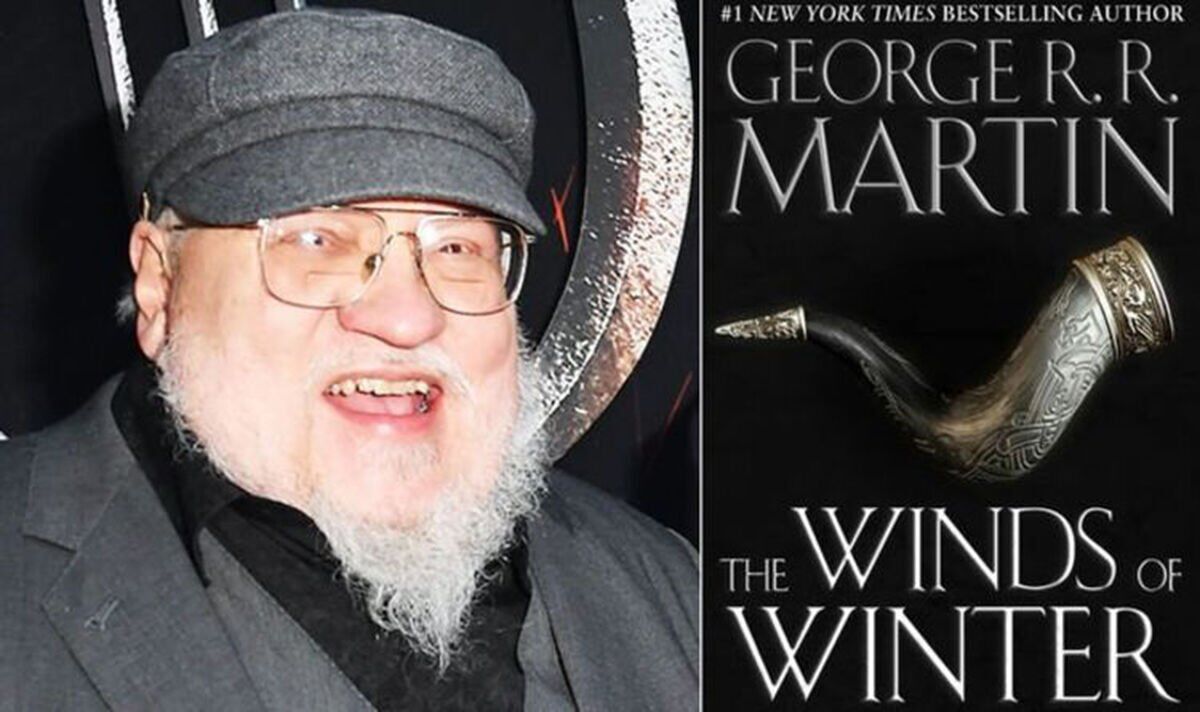 George RR Martin regularly updates his blog with little titbits on how The Winds of Winter is going here and there, but today’s post is his most extensive in a very long time. The 73-year-old spoke today of his writing process as a gardener; working out the storyline as he goes along unlike an architect who has everything planned out. After which, he gave a tantalising update on the penultimate novel in A Song Of Ice and Fire, which he’s been working on for the last 11 years.

Martin wrote: “Most of you know by now that I do not like to give detailed updates on WINDS. I am working on it, I have been working on it, I will continue to work on it.   (Yes, I work on other things as well). I love nothing more than to surprise my readers with twists and turns they did not see coming, and I risk losing those moments if I go into too much detail. Spoilers, you know. Even saying that I am working on a Tyrion chapter, as I did last week, gives away the fact that Tyrion is not dead. Reading sample chapters at cons, or posting them online, which I did for years, gives away even more. I actually quite enjoyed doing that, until the day came that I realized I had read and/or posted the first couple of hundred pages of WINDS, or thereabouts. If I had kept on with the readings, half the book might be out by now. So I am not going to give you all any kind of detailed report on the book, but… I will say this.”

Martin continued: “I have been at work in my winter garden. Things are growing… and changing, as does happen with us gardeners. Things twist, things change, new ideas come to me (thank you, muse), old ideas prove unworkable, I write, I rewrite, I restructure, I rip everything apart and rewrite again, I go through doors that lead nowhere, and doors that open on marvels. Sounds mad, I know. But it’s how I write. Always has been. Always will be. For good or ill.”

The author also promised that the last two A Song of Ice and Fire books will be “quite different” from how Game of Thrones ended and explained why he’s taking so long to write The Winds of Winter.

Martin shared: “What I have noticed more and more of late, however, is my gardening is taking me further and further away from the television series.   Yes, some of the things you saw on HBO in GAME OF THRONES you will also see in THE WINDS OF WINTER (though maybe not in quite the same ways)… but much of the rest will be quite different. And really, when you think about it, this was inevitable. The novels are much bigger and much much more complex than the series.   Certain things that happened on HBO will not happen in the books.   And vice versa.   I have viewpoint characters in the books never seen on the show: Victarion Greyjoy, Arianne Martell, Areo Hotah, Jon Connington, Aeron Damphair   They will all have chapters, and the things they do and say will impact the story and the major characters who were on the show. I have legions of secondary characters, not POVs but nonetheless important to the plot, who also figure in the story: Lady Stoneheart, Young Griff,  the Tattered Prince, Penny, Brown Ben Plumm, the Shavepate, Marwyn the Mage, Darkstar, Jeyne Westerling.  Some characters you saw in the show are quite different than the versions in the novels. Yarra Greyjoy is not Asha Greyjoy, and HBO’s Euron Greyjoy is way, way, way, way different from mine. Quaithe still has a part to play.  So does Rickon Stark. And poor Jeyne Poole. And… well, the list is long. (And all this is part of why WINDS is taking so long. This is hard, guys).”

Martin continued: “Oh, and there will be new characters as well.   No new viewpoints, I promise you that, but with all these journeys and battles and scheming to come, inevitably our major players will be encountering new people in lands far and near. One thing I can say,  in general enough terms that I will not be spoiling anything:  not all of the characters who survived until the end of GAME OF THRONES will survive until the end of A SONG OF ICE & FIRE, and not all of the characters who died on GAME OF THRONES will die in A SONG OF ICE & FIRE. (Some will, sure.  Of course. Maybe most. But definitely not all) (Of course, I could change my mind again next week, with the next chapter I write.   That’s gardening). And the ending? You will need to wait until I get there. Some things will be the same. A lot will not.”

Martin added: “No doubt, once I am done, there will be huge debate about which version of the story is better.   Some people will like my book, others will prefer the television show. And that’s fine, you pays your money and your make your choice. (I do fear that a certain proportion of fans are so angry about how long WINDS has taken me that they are prepared to hate the book, unread.   That saddens me, but there [is] nothing I can do about it, but write the best book that I can, and hope that when it comes out most fans will read it with clean hands and an open mind). That’s all I can tell you right now.  I need to get back to the garden. Tyrion is waiting for me.”