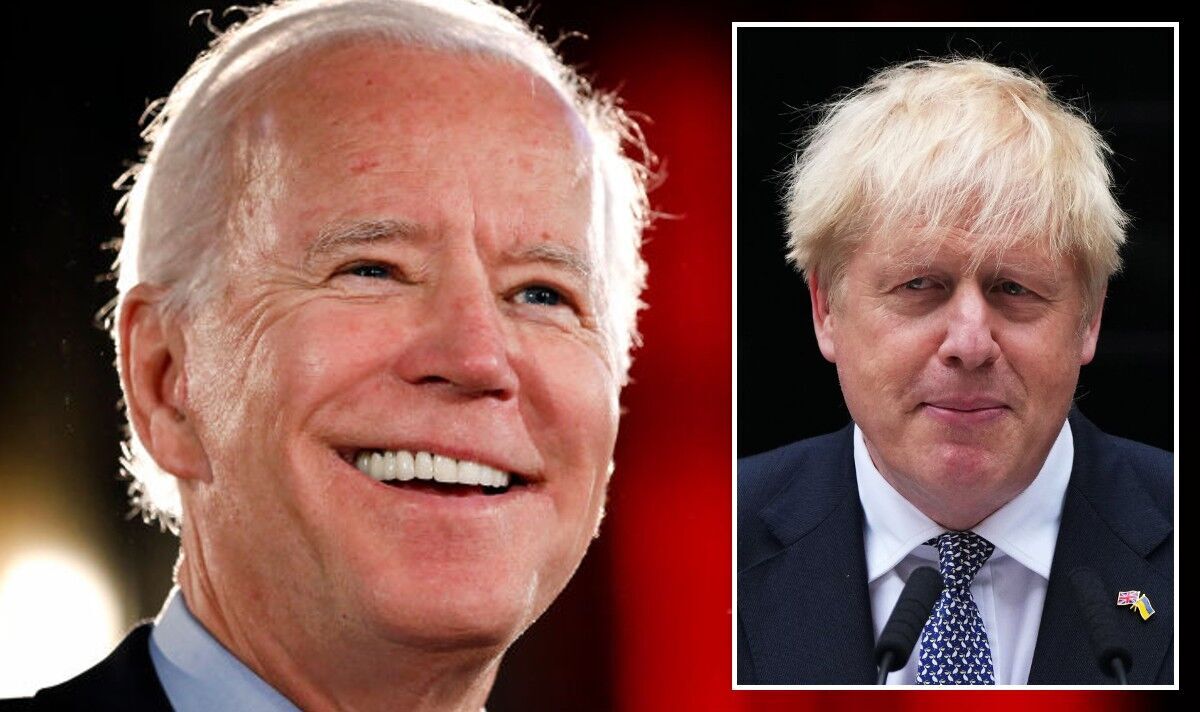 This comes after Ukrainian President Zelensky reflected with “sadness” on Mr Johnson’s departure from power after the PM’s announcement on Thursday afternoon. Shortly after Mr Johnson confirmed his resignation, US President Biden reiterated the strength of the connections between Downing Street and Washington.

He described the “special relationship” between the two countries as one that “remains strong and enduring”.

But President Biden neglected to overtly acknowledge Mr Johnson’s resignation or the chaotic political circumstances surrounding his stepping down from power.

The statement described the UK and the US as the “closest of friends and allies”, adding: “The special relationship between our people remains strong and enduring.”

He continued: “I look forward to continuing our close co-operation with the government of the United Kingdom, as well as our allies and partners around the world, on a range of important priorities.”

The White House referenced the Western collaboration over the Russian invasion of Ukraine, placing an emphasis on squaring up to Vladimir Putin in the “special relationship”.

It added: “That includes maintaining a strong and united approach to supporting the people of Ukraine as they defend themselves against Putin’s brutal war on their democracy, and holding Russia accountable for its actions.”

A far warmer statement was delivered by Ukrainian President Volodymyr Zelensky to the outgoing Prime Minister.

Mr Johnson spoke with the Ukrainian leader on Thursday afternoon.

“We have no doubt that Great Britain’s support will be preserved, but your personal leadership and charisma made it special.”

For his part, Mr Johnson praised Mr Zelensky as a “hero”, loved by “all”.

A Downing Street spokesperson said that Mr Johnson had “highlighted the UK’s unwavering cross-party support for President Zelensky’s people” during the phone call.

They continued that Mr Johnson had “said the UK would continue to supply vital defensive aid for as long as needed”.