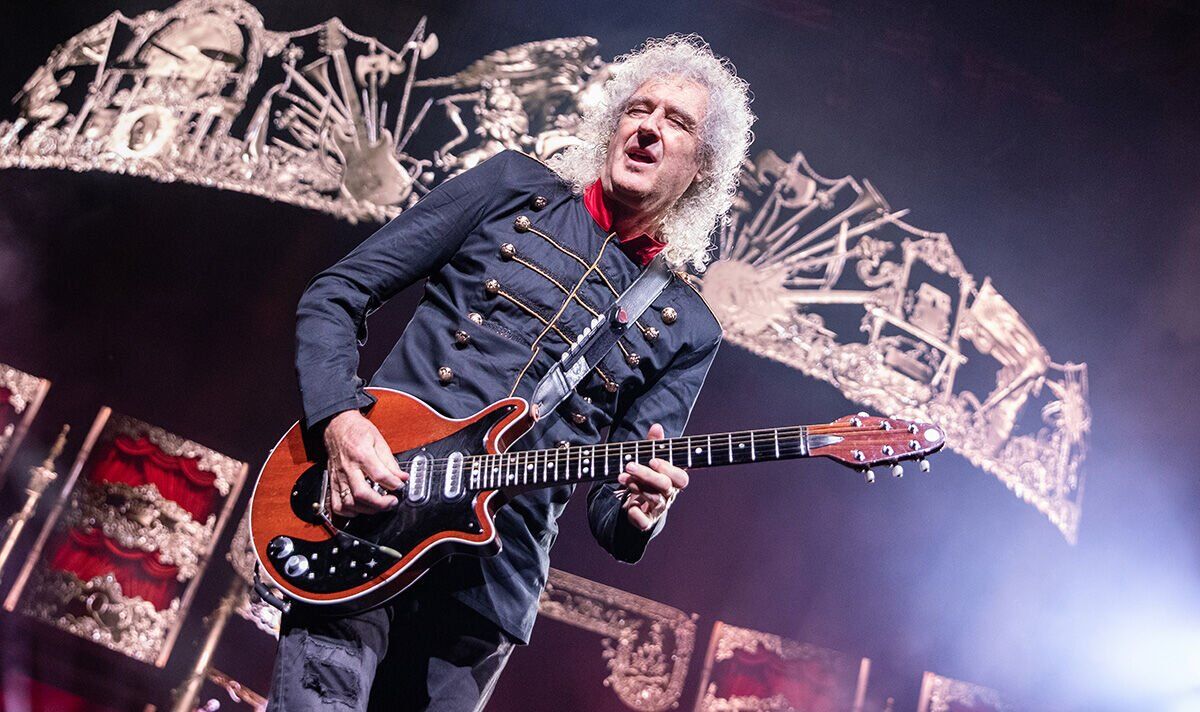 After a two-year-long wait, Queen and Adam Lambert have finally been able to embark on the European leg of their Rhapsody world tour. Having performed across the UK this summer, Brian May, Roger Taylor and the singer are well on their way through their string of concerts on the continent.

Ahead of this, they opened The Queen’s Platinum Jubilee concert in front of Buckingham Palace and performed a 10-night residency at London’s The O2.

Brian and Roger, who are both almost 75 and 73 have been keeping fit and showing incredible endurance for rock legends their age.

After playing shows in the UK capital, Birmingham, Glasgow, Manchester and Belfast, Queen and Adam Lambert headed to Berlin, Cologne, Zürich, Munich and Amsterdam. However, their latest venue has the Queen guitarist buzzing more than any other stop on the tour so far.

Posting a snap of himself performing, May wrote on Instagram: “Holà Madrid !!!! My God ! There is no picture that I can post on Instagram that will convey the joy I felt last night in that red hot Wizink arena in Madrid !!! We have enjoyed this whole tour, but now, on this leg, we are played in, having real fun, and being stoked by the most incredible audience response I’ve ever known. Last night had to be my favourite show so far – and that’s saying a lot. In such an atmosphere I’m inspired to push ever further – to be brave, experimental, instinctive, passionate … THANKS dear folks from all over España – shall we do it again tonight ?!!!! Thanks for the pic @vanessa.grein !! Vamonos !!! Bri.”

Queen and Adam Lambert performed in Madrid again this evening and are heading to Bologna, Italy for concerts on Sunday and Monday.

After that, the trio will play in Paris, Antwerp, Copenhagen, Stockholm and Oslo, before concluding in Tampere, Finland.

Ahead of their penultimate show on July 24 at the latter, the band will give a live Q&A to coincide with the streaming of their live filmed concert Rhapsody Over London.

For more information on the special virtual event and how to submit questions, click here.