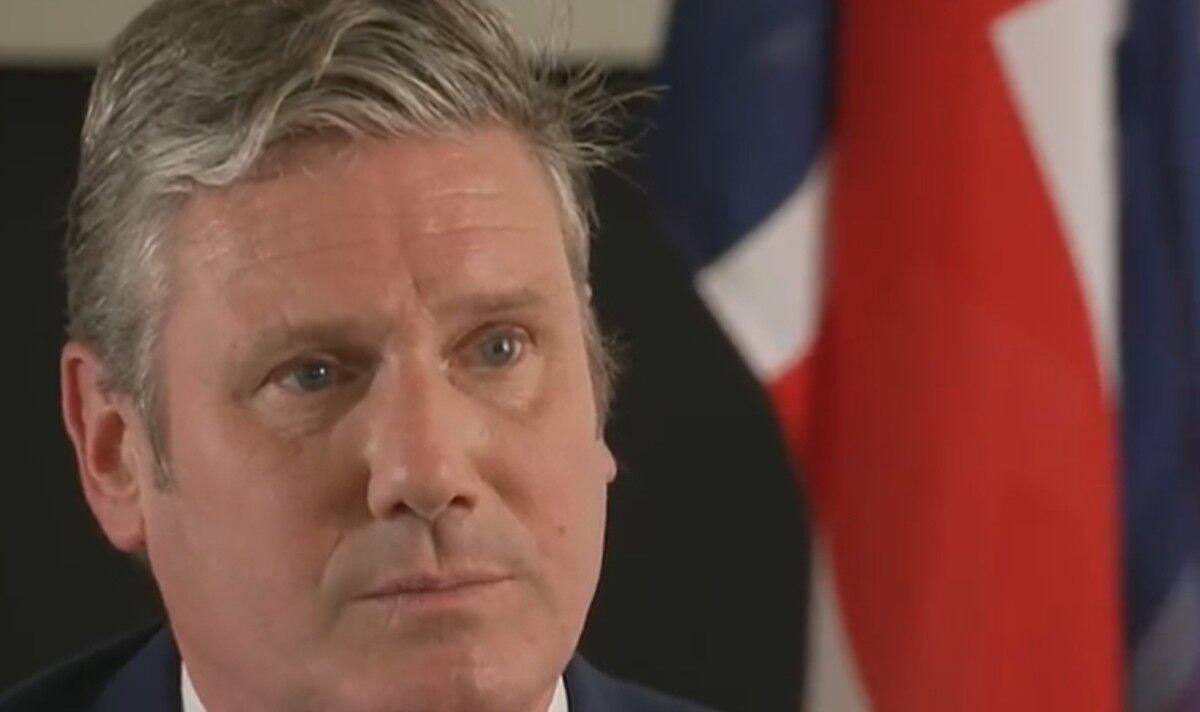 The Labour leader has been under pressure over an event in Durham in April 2021, when he was filmed having a drink and a takeaway curry with party colleagues. He returned a questionnaire to police investigating the so-called “beergate” episode two weeks ago, at which point he pledged to quit if he was issued with a fixed penalty notice for breaching coronavirus guidance. Speaking at ITV’s Peston today, he said he still planned to do so. Sir Keir denies breaking the rules.

Sir Keir, who has been a fierce critic of COVID-19 rule-breaking in and around Westminster, said previously that “absolutely no laws were broken” in his case.

But he added: “If police decide to issue me with a fixed penalty notice, I would of course do the right thing and step down.”

At the time, non-essential retail and outdoor venues including pub gardens were open, but social distancing rules, which included a ban on indoor mixing between households, remained in place.

READ MORE: Starmer claims he WON’T undo Brexit but Labour MPs will still force him to Rejoin the EU

Labour argued that food was consumed between work events, meaning the rules were followed, with Sir Keir saying: “I simply had something to eat while working late in the evening as any politician would do days before an election.”

It happened before the Hartlepool by-election and local elections.

Labour Deputy Leader Angela Rayner, who was at the event too, has made a similar pledge to resign if fined. She also denied breaking the rules.

In interviews with several national media throughout the day, the Labour leader has ruled out rejoining the EU, as he said the UK needs to advance and divisions cannot be reopened.

His goal, he said, is to deal with some of the issues Brexit has triggered in regard to the country’s relationship with the European Union without sparking further problems.

He told the BBC’s political editor Chris Mason before this evening’s speech: “We want to go forward, not backwards. And therefore this is not about rejoining the EU.

“It’s very clear that what we can’t do is reopen all those arguments, all those divisions that caused so much anguish over past years.”

Speaking to Sky News’ Beth Rigby, Sir Keir said: “We’re not going back to the EU, to the single market, to the customs union or freedom of movement.

“I don’t think reopening all the old wounds and going backwards is going to help us on that mission to drive the economy.”

The current Brexit deal is “not a good deal”, he said, adding that it is causing problems in Northern Ireland and the agreements on services and security are not good enough.

He said the plan will “remove some of the barriers” to trading with the EU that are “holding us back”.