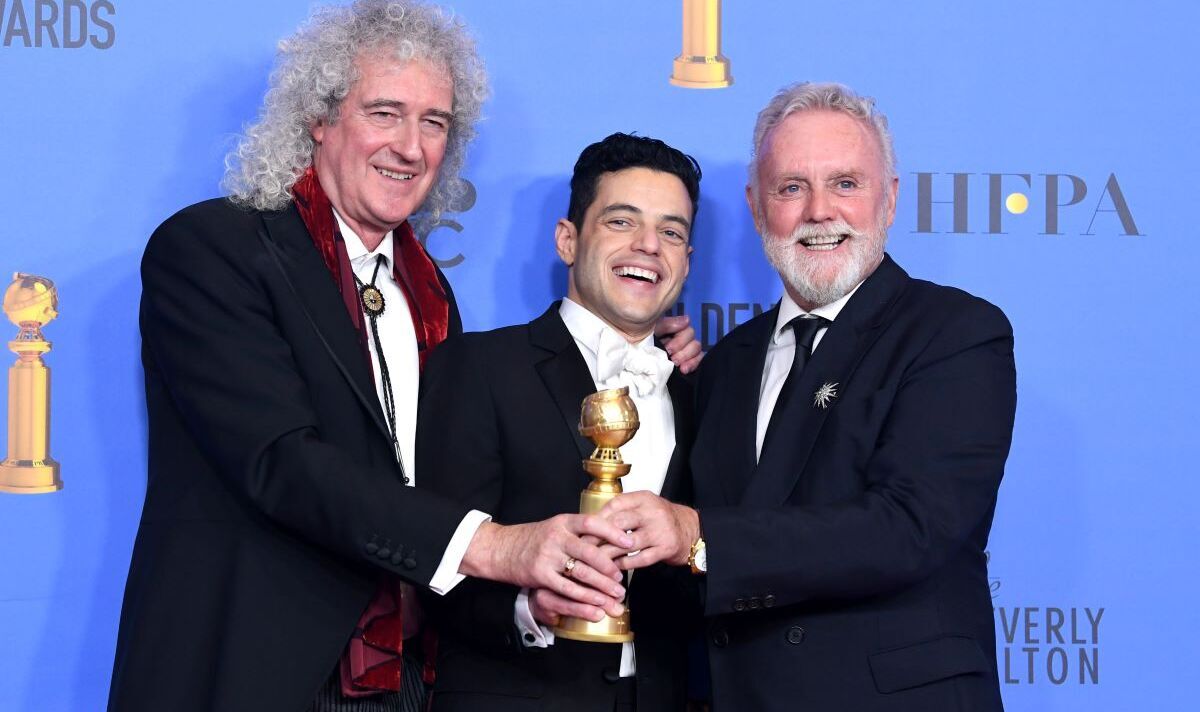 Since the film, which won four Oscars, went into production in 2017 the film has earned £194.5 million in turnover for Queen Productions Limited.

The firm is owned equally by surviving members Brian May, Roger Taylor, John Deacon and the estate of singer Freddie Mercury.

Lockdown streaming of the movie, in which Rami Malek played the frontman, is believed to have kept the money rolling for the three remaining band members and Mercury’s benefactors.

Last year they paid out dividends totalling £17 million or £4.25 million each and since 2017 when the film was being made and initial contracts were signed the band have shared £70.2 million in payouts.

Bohemian Rhapsody, which follows the birth of the band through to their legendary appearance at Live Aid, was a huge hit at the cinemas, but then went on to be a the best selling DVD of 2019 and also one of the most streamed films.

The song, which was a number one in 1975 and 1976 and again in 1991 after Freddie Mercury’s death, is the most streamed song of the 20th century after having being listened to almost 2 billion times.

When the lockdown started viewers flocked to platforms like Amazon Prime to download the movie paying around £3.99 a time.

The company report said: “Given the success of Bohemian Rhapsody it is anticipated there will be further income from the film in the year ended 30 September 2022 and in the years thereafter.

“The directors expect the performance of the group to improve for the coming year as a result of increased activity within group projects and a change in royalty distributions.”

Last year Brian May said guitarist Brian May said the band were considering a sequel and were “looking at ideas” in order to make it a “great script.”

He said: “It’s going to be hard to follow that one as none of us could have predicted how massive that was going to be.”