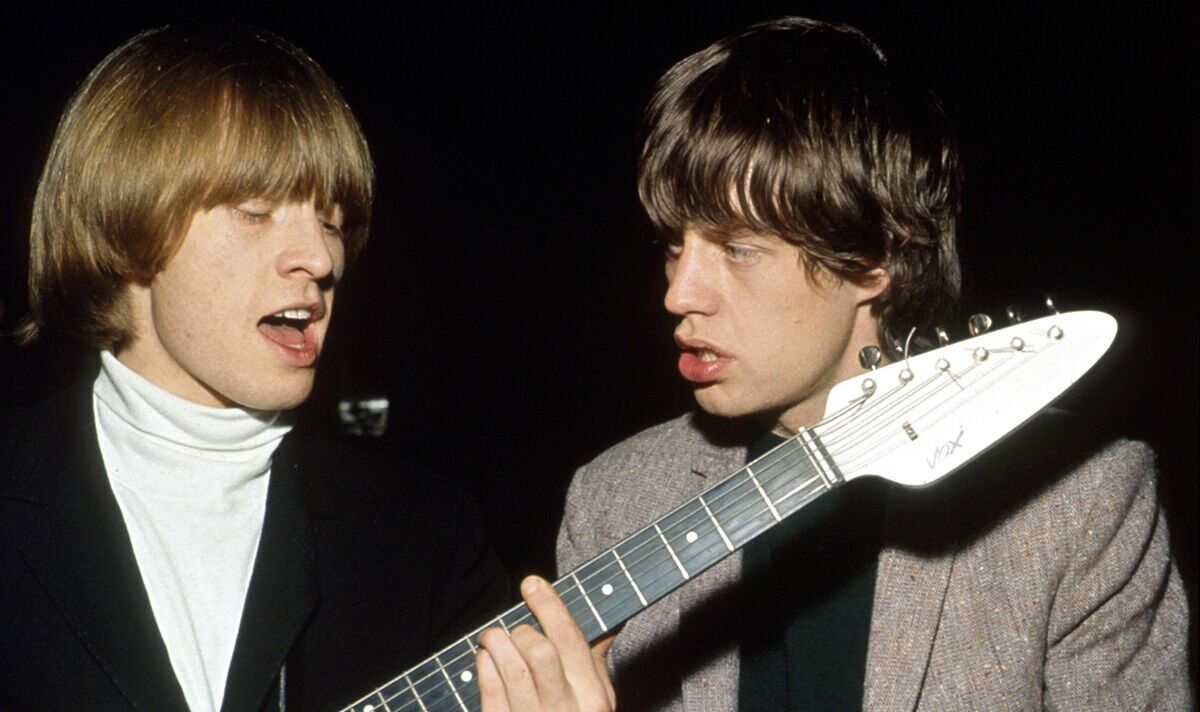 As The Rolling Stones’ fame took off, the band tried out new ideas to stand out more, such as successfully writing their own music with hits like Satisfaction. However, there was one aspect that Brian Jones was dead against, feeling it went against the original masculine bad boy image of the band he felt was his.

Speaking in the new BBC documentary My Life as a Rolling Stone, Mick Jagger detailed early tensions in the band which celebrates its 60th anniversary this year.

The 78-year-old rock legend highlighted how he and Keith Richards would get annoyed that Brian was assumed to be the songwriter when really it was them doing all the leg work.

The frontman said of the 27 Club member: “He was very musical, so he could pick up different instruments, and he was quite innovative, so a lot of his contributions were perhaps not for melodies and lyrics but from licks that he played. Yeah, he liked to tell people it was his band, but we were always like ‘Really? What do you mean it’s your band?’ We thought it was our band, not Brian’s.”

And as the glam rock era dawned, The Rolling Stones started experimenting with their fashion.

The Rolling Stones are performing once again at BST Hyde Park in London this evening after their first show at the venue last week. Jagger, Richards and Ronnie Wood will then embark on a European tour for their 60th anniversary.

My Life as a Rolling Stone is streaming on BBC iPlayer and features one-hour-long episodes of each member, including their late drummer Charlie Watts, who died last year aged 80.