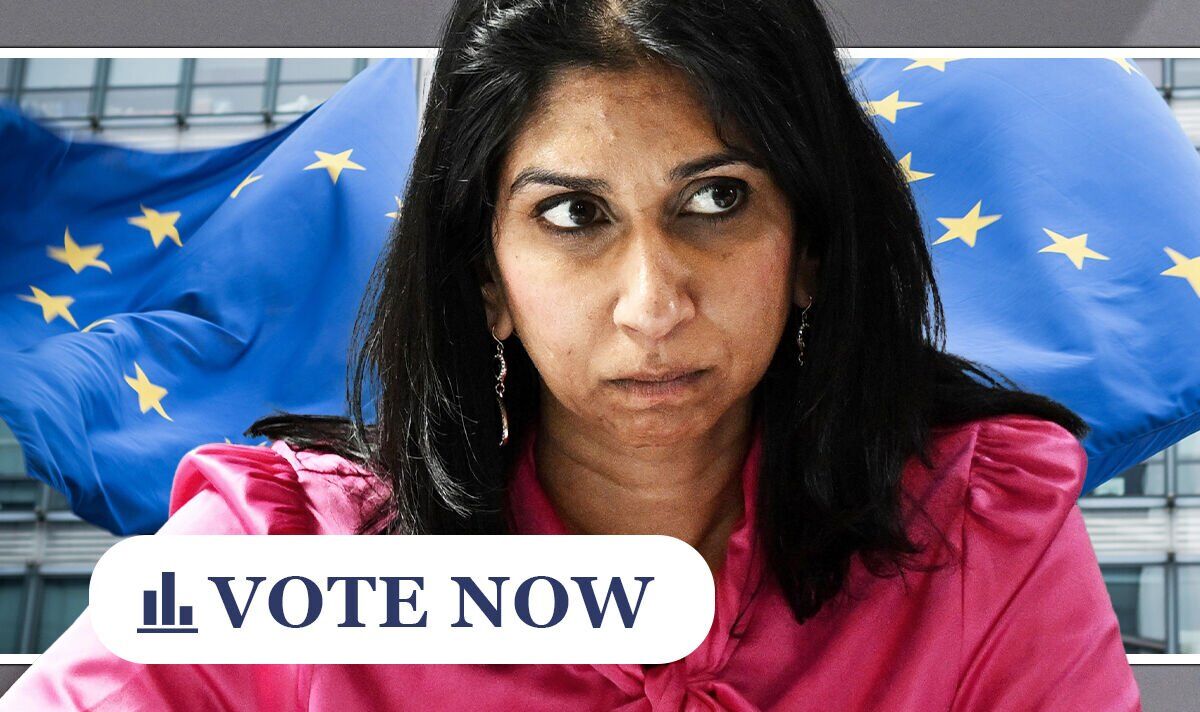 Suella Braverman said some civil servants are resisting post-Brexit reforms as they cannot imagine “life outside of the EU”. Therefore, Express.co.uk is asking readers if YOU think officials are attempting to wreck Brexit.

Vote in our poll below and let us know more about your opinion in the comments section at the end of the article.

Our poll comes after the Attorney General blasted sections of the civil service for having a “Remain bias”.

While the Brexiteer insisted many civil servants are “brilliant”, she said others are unable to “conceive of the possibility of life outside of the EU”.

In an astonishing claim, Mrs Braverman said some of the “biggest battles” she has faced in Government have been with civil servants rather than in the Commons.

She said: “That was something I didn’t expect, if I’m honest.”

Speaking to the Telegraph, Mrs Braverman added: “I’ve learnt, not only during my time as Attorney but also during my time as a Brexit minister … Some of the biggest battles you face as a minister are, in the nicest possible way, with Whitehall and internally with civil servants, as opposed to your political battles in the chamber.

“There are thousands of civil servants. In large part, they are brilliant. They work really hard.

“I’m supported, in particular, by a team of brilliant lawyers and officials… Don’t take this as an opportunity to bash the Civil Service.

Mrs Braverman insisted Brexit was a “great” opportunity for the UK to unshackle itself from Brussels’ cumbersome rules and bureaucracy.

She added that the Brexit Opportunities Bill is “absolutely critical” to pave the way for ministers to tear up retained EU rules.

Speaking last month, the Tory peer told GB News: “I think it’s still there, it’s definitely been weakened since 2016, people have got used to the idea.