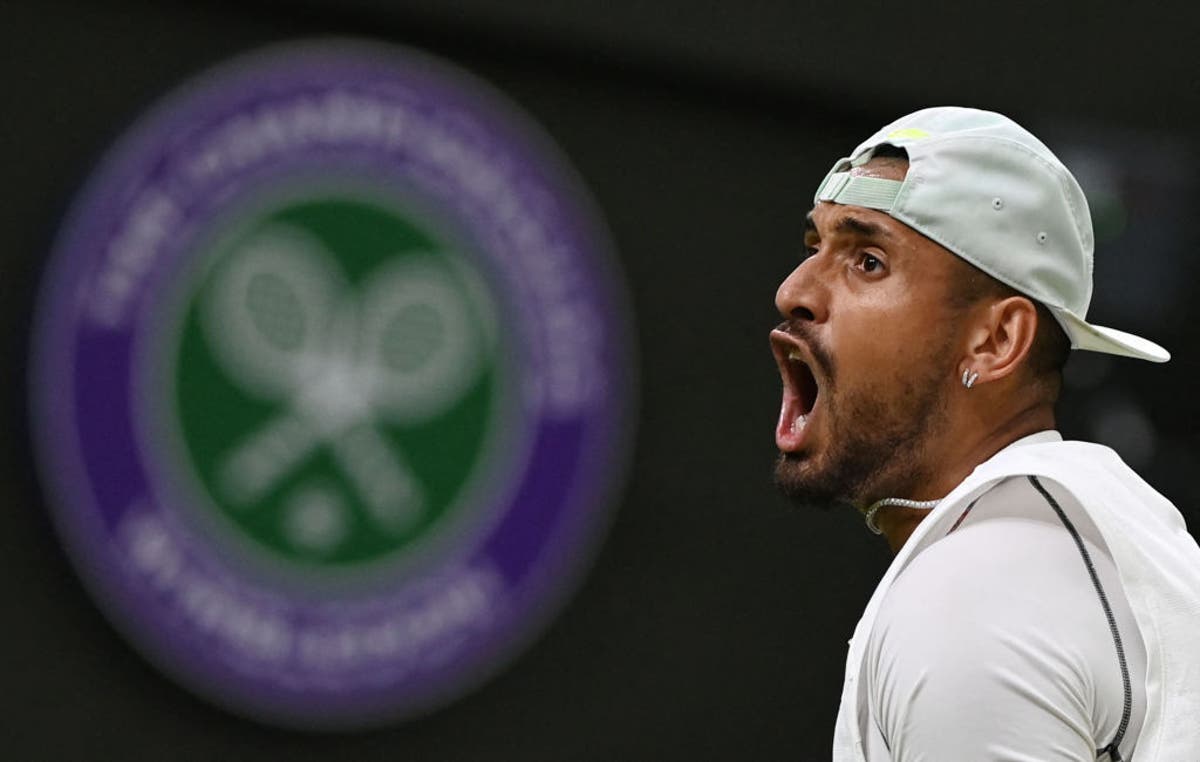 Nick Kyrgios defeated Stefanos Tsitsipas in four extraordinary sets to reach the fourth round of Wimbledon, as the Australian overcame a mid-match meltdown in a heated contest to seal a thrilling 6-7 (2) 6-4 6-3 7-6 (8) win.

It came at the end of an eventful day of upsets at SW19. World No 1 Iga Swiatek is out after Alize Cornet snapped her 37-match win streak with a 6-4 6-2 victory. Coco Gauff was also eliminated by Amanda Anisimova, who clinched a 6-7 6-2 6-1 win over her fellow American.

Earlier, Katie Boulter faced Harmony Tan in the opening match of the day on Court No 2 and was thrashed 6-1 6-1 in just 51 minutes. Tan, who shocked Serena Williams with a memorable win in the opening round, blitzed the Brit as she surged to victory.

Liam Broady is also out after a straight sets defeat to the impressive Alex De Minaur – Boulter’s boyfriend – who saw off a late fight from the 28-year-old British wildcard to take a 6-4 6-4 7-6 win. In the last match of the day, Rafael Nadal raced to a straight sets win over Lorenzo Sonego.

Follow all the action from day six, including live updates and results from the All England Club