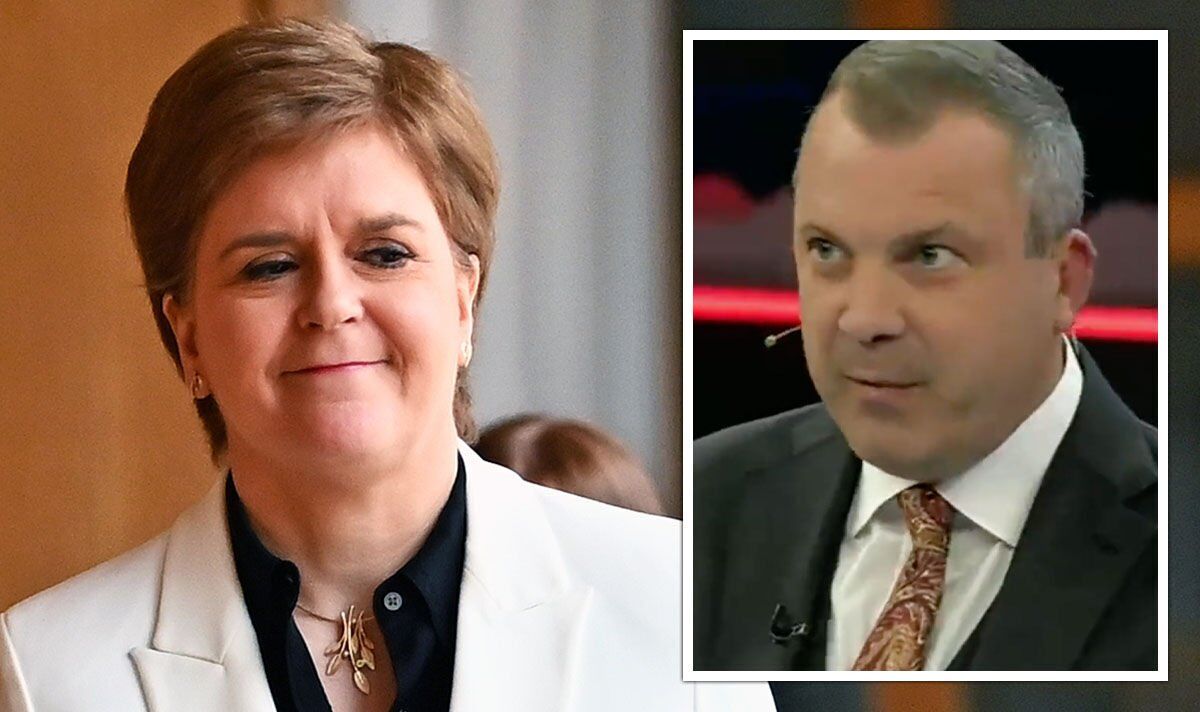 In a surreal video of the Russian-state-owned channel Russia1, TV host Evgeny Popov has suggested Nicola Sturgeon could get Russian hackers’ help to contribute to the disintegration of the UK with her second Scottish independence bid. He added Russian hackers had already got Donald Trump elected President of the United States. His invitation comes as Nicola Sturgeon is pressing ahead with a second independence bid whose legality will be reviewed by the Supreme Court in the next few months.

State TV host Evgeny Popov began by saying: “What’s happening is totally incredible. Scotland may split from the UK. Is this realistic? Is this an urgent problem? Clearly, this has been discussed for a long time.

“Was it discussed and then forgotten? Or is it serious this time?” he asked.

Russia1’s UK Correspondent Alexander Khabarov said: “Disintegration of the UK is a very serious issue, which is being given very close attention in London. But there are some difficulties.

“The referendum that was proposed by Nicola Sturgeon, leader of Scotland, is possible and may be legally binding, only if it is approved by the British government. The British government has been refusing to do that, stating that in 2014, the Scots had the chance to be heard with regard to their independence.”

“They voted against it and now this topic is closed,” the UK Correspondent said. “May I remind you that in 2016, when the UK voted to withdraw from the EU, there was also a consultative referendum.

“Nonetheless, the UK is no longer part of the UK. We’ll see how these events develop. I believe this will be a hot topic in the near future.”

“The Scots should reach out to our (Russian) hackers. We’ve been able to elect Trump in the United States.”

READ MORE: To be honest Nicola UK would be glad to see back of your nationalism

In 2016, the Russian government interfered in the US presidential election to get Donald Trump elected. The operation, code-named Project Lakhta, was ordered directly by Vladimir Putin, according to the US Intelligence Community (IC).

After leading a Special Counsel investigation, former FBI Director Robert Mueller concluded that Russian interference was “sweeping and systematic” and “violated US criminal law.” However, the Special Counsel’s report failed to provide sufficient evidence to establish a link between Trump and the Kremlin.