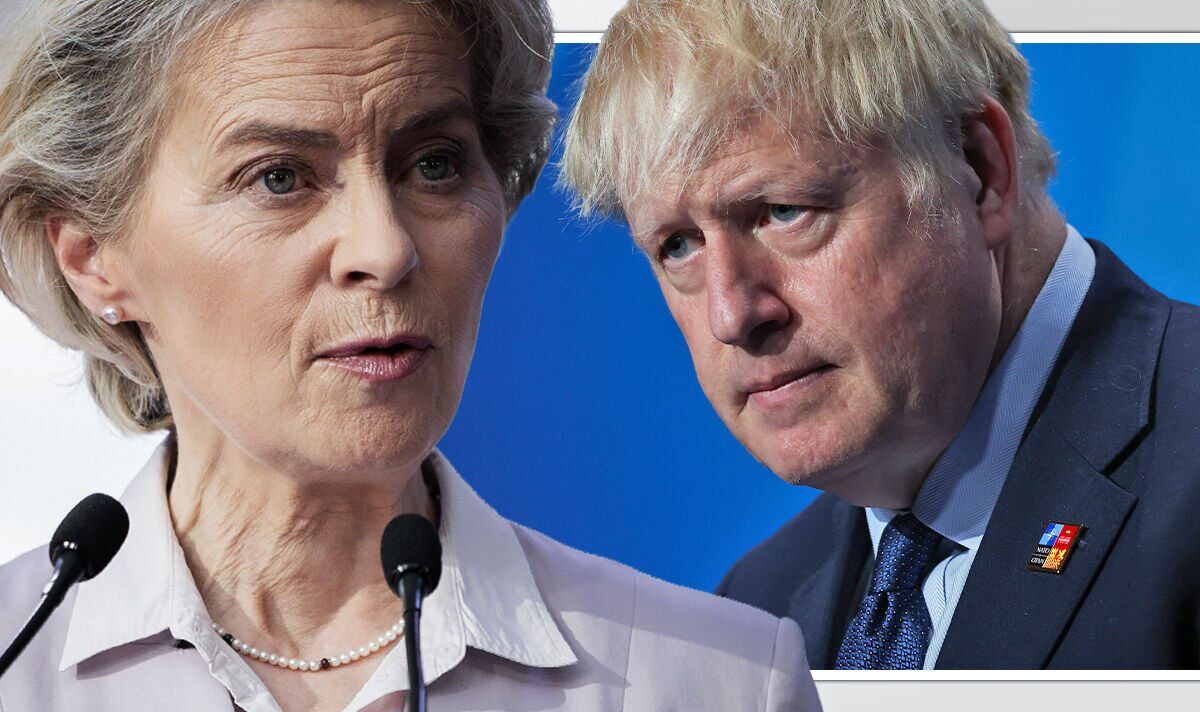 MPs have voted to give the bill a second reading, with the legislation designed to override parts of the post-Brexit deal on trading arrangements in Northern Ireland. It comes after the DUP in the country warned it will not nominate ministers to allow a new Stormont Executive to be formed until the UK takes actions on its concerns around the protocol. But the move from the UK has come in for heavy criticism, with many branding it illegal and a clear breach of international law.

The European Union has also repeatedly warned it would retaliate in the strongest possible way should the UK decide to press ahead with the legislation.

This has triggered fears of a destructive trade war between the two sides at a time when millions of Britons are already struggling with the cost-of-living crisis.

He told Express.co.uk: “There are two huge issues in the legislation. The first is around the extent to which the proposed legislation is going to break international law.

“When the UK Internal Market bill was passed, the Lords removed the two offending clauses that broke international law (in a limited and specific way) and the government decided not to reimpose them.

“It is likely the Lords will do the same again. There is a long way to go before anyone considers challenging the outcome in the courts.

Professor Jones added: “The second issue is the power grab by the Executive, with the Henry VIII clauses.

“In simple terms, Ministers want Parliament to give them the right to amend any of this legislation at a later date without any Parliamentary scrutiny.

Professor Jones said: “In all of this, the UK Government appears to have gone for the nuclear option.

“Some of the proposed solutions, such as Red and Green Lanes for goods going to Northern Ireland (or further into the EU Single Market), have resulted in positive noises from the EU.

“All of this will be lost if the Northern Ireland Protocol bill becomes law.

“The UK acting unilaterally over an international agreement is an action that Margaret Thatcher or any other UK Prime Minister would never have countenanced.”

Questions have been raised over the legality of the Northern Ireland Protocol Bill, with many experts claiming it is in breach of international law.

She told MPs last week: “We set out the case extremely clearly in the legal advice and the doctrine of necessity has been used by other governments in the past where there is a severe issue and the other party is unwilling to renegotiate that treaty.”