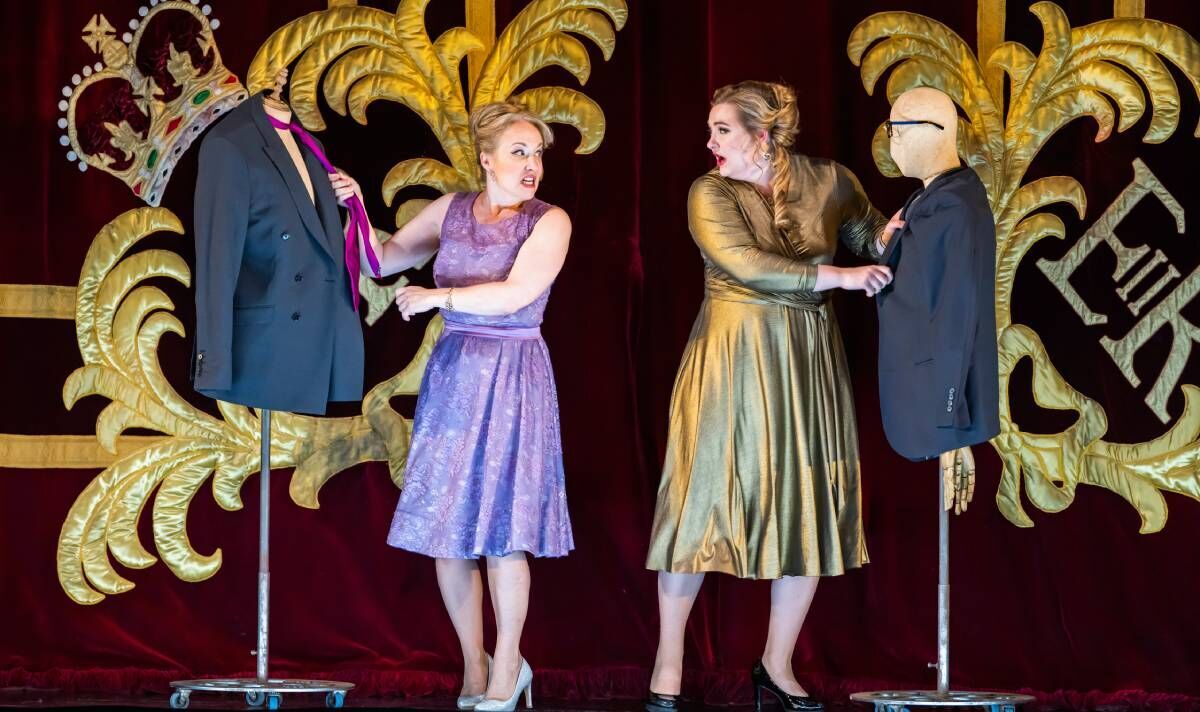 Two young men, Guglielmo and Ferrando, are engaged to two sisters, Fiordiligi and Dorabella, and are furious when their old friend Don Alfonso casts doubt on their fiancées’ fidelity. Don Alfonso proposes a bet: the two men will do everything he asks for 24 hours and he will prove that the women cannot be trusted. Indeed, the opera’s title means “All women do it” and Don Alfonso will prove it.

His plan involves an elaborate ruse: the men will pretend they have been called up by the army and must go away to fight. After leaving, they return in disguise and proceed to seduce the two girls, each, of course, succeeding with the other one’s fiancée.

The Victorians, as one might expect, viewed the morality of all this to be unacceptable and Cosi disappeared from the repertoire of respectable opera houses.

Nowadays, we see it as a great romp containing wonderful music. Indeed with a cast of only six main parts, the whole opera is a glorious display of Mozart’s skills at composing everything from stunning solos to superb sextets.

Russian tenor Bogdan Volkov and Canadian bass-baritone Gordon Bintner perform well as Ferrando and Guglielmo, blending comedy with seriousness to exactly the right degree with some very funny movements when the script calls for it, but great singing with proper emotion, not to take the music too lightly.

Equally, Irish soprano Jennifer Davis and French-Canadian mezzo-soprano Julie Boulianne bring glorious voices to the roles of Fiordiligi and Dorabella and Italian baritone Lucio Gallo combined both unbaneness and comedy in equal degree to the part of Don Alfonso.

I have always felt that the crucial role in this opera is that of the maid Despina who must display pure mischievousness in helping Don Alfonso win his bet and it was a delight seeing Italian soprano Serena Gamberoni returning to the role she played so well at the Royal Opera House in 2019.

This time she was even better and provided added energy for the production.

So with great singing, excellent comic acting and a fine performance of Mozart’s magnificent music from the Royal Opera House Orchestra under conductor Julia Jones, why was this less than perfect? The answer lies in director Jan Philipp Gloger’s production which I find rather confusing.

Like so many directors, he wants to bring something new to an opera that simply does not need it.

Rapid scene changes from the girls’ home to some sort of travel terminal, followed by a glitzy bar, the Garden of Eden, and a theatre or film set may have been intended to convey the timelessness of the story, but really added nothing but bemusement.

The is a deliciously compact opera; overbearing and rapidly changing sets just remove the cosiness from Cosi.