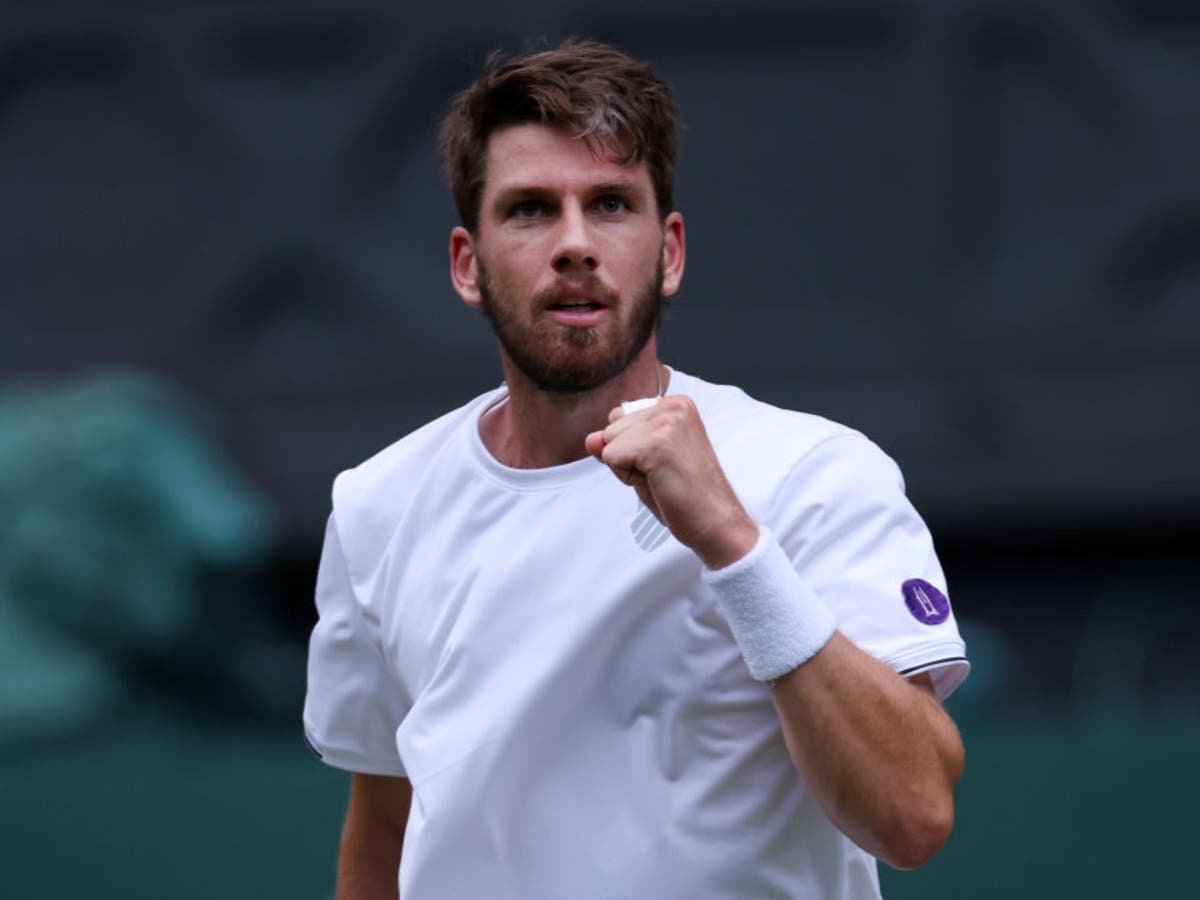 Cameron Norrie might be one of the more understated superstars, but the British No 1 seemed to bask in the headline slot on Centre Court as he finally ended an enduring streak of grand slam disappointments. Six times Norrie had fallen short in the third round, a record unbecoming of his newfound status as the ninth seed, but he made impressively light work of Steve Johnson in a 6-4 6-1 6-0 victory that raises the prospect of a deep run this Wimbledon fortnight.

The 26-year-old will face another American, Tommy Paul, in the fourth round but has benefitted from an extremely kind draw and should have reasonable expectations of reaching the semi-finals. That fact might not be met with the hysteria it deserves simply because of how unassuming Norrie is. There is not necessarily anything hugely striking about his game, nor does he deliver the sort of evocative displays of emotion the crowd on Centre Court crave. Instead, he is relentlessly precise and consistent, outworking and outlasting his opponents, thanks to a brilliant defence and superb work ethic.

Norrie didn’t just beat Johnson for skill but he seemed to break the American’s will, chasing down every ball to its dying breath and turning every point into a war of stamina. That was the type of contest ill-suited to Johnson’s game as he made a litany of unforced errors and seemed permanently enraged with himself. It is an art Norrie has honed throughout his somewhat undercelebrated rise in the last year but it is certainly not under the radar any more as he became the first Briton to reach the fourth round in the men’s draw in five years.

“It feels really good, especially here at Wimbledon, at home,” Norrie said. “First time in the second week of a grand slam and I couldn’t be happier, especially with all my friends and family watching me. I’m enjoying playing at this level, the process and enjoying improving with my coach and my team. I’m as ready as I can be – I’m training as hard as I can and it’s been a tricky grass season and I’ve peaked at the right time.”

A cynic might point out that this was a contest Norrie should win without any great degree of difficulty. Johnson is ranked 92nd in the world and benefitted from a cruel injury to Grigor Dimitrov in a first-round match he’d been losing. Yet, there was a burden of history Norrie needed to shift here, even if there was no shame in falling short in the third round against Roger Federer last year.

It may be a thankless task to emerge from the shadow Andy Murray has cast over this court, but an initially sparse and subdued crowd were soon in thrall to a quieter hero, even in a first set that lacked breathtaking moments. Norrie was able to wrestle control in the rallies, with Johnson’s aggression bleeding into errors, but the 32-year-old American relied on a powerful first serve to rescue him from danger. Norrie faced a test of nerves at 4-4 after slipping to 0-30, but his less menacing serve proved no less effective as he won the next four points. The pressure swung back to Johnson and he buckled tamely, with a double-fault and a sloppy backhand beckoning disaster, and Norrie struck in a terrific rally, racing to meet Johnson’s drop shot and calmly punching a backhand winner down the line to clinch the first set.

Johnson threatened to respond immediately, becoming more aggressive and assertive in rallies and forcing Norrie to defend two break points, but the Briton held his nerve in the crucial moments and then took advantage after Johnson double-faulted twice in the following game. A rare charge into the net produced a deft backhand volley winner and the little air in Johnson’s sails seemed to be evaporating into a chilly evening on Centre Court. Norrie broke again in Johnson’s next service game, nonchalantly swatting a forehand winner down the line, and rarely seemed to be pushed out of his comfort zone from thereon in as he closed out the set 6-1.

With Johnson craving his own death knell, Norrie secured the break at the beginning of the third but Johnson did at least refuse to hand it over easily. The game lasted 12 minutes but the point that best evidenced Norrie’s prowess came when he chased down a lob and somehow contorted his body to slice a forehand towards the baseline. Johnson was caught in momentary disbelief and a half-hearted backhand drooped into the net. His spirit was drained and he was a man defeated long before handing over the second break. By the time Norrie had mercifully completed the final set whitewash, he had won nine games in succession and, even if his own celebrations were restrained, the crowd on Centre Court had certainly embraced him.