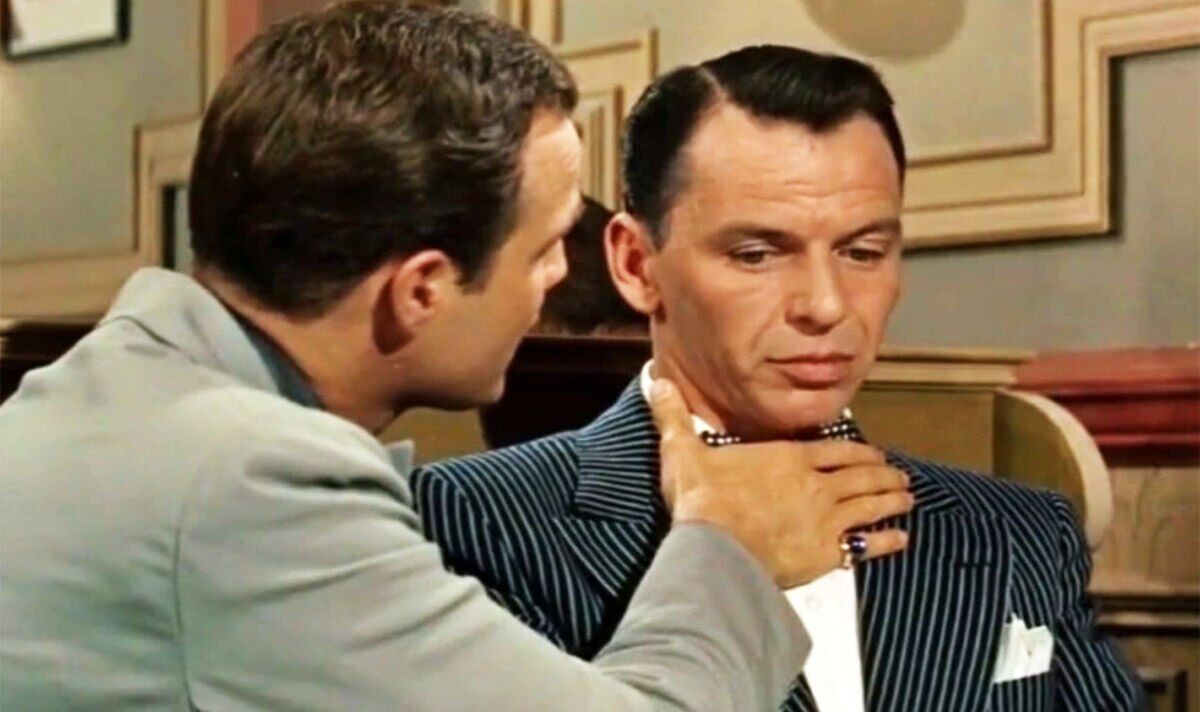 As the press openly mocking reports from the set of Brando’s performance, tensions escalated. With both actors refusing to speak to each other, Sinatra sent one of his (possibly Mafia-linked) henchmen to pass on messages while Brando sent Fiore.

Brando’s devotion to method acting and love of multiple takes, plus his notoriety for fluffing lines, was openly mocked by Sinatra who called him “Mumbles.”

Sinatra liked to do as few takes a possible, so Brando began to purposefully mess up his own lines, most famously in a scene where his co-star is also eating a rich cake, openly relishing watching him becoming increasingly angry and queasy.