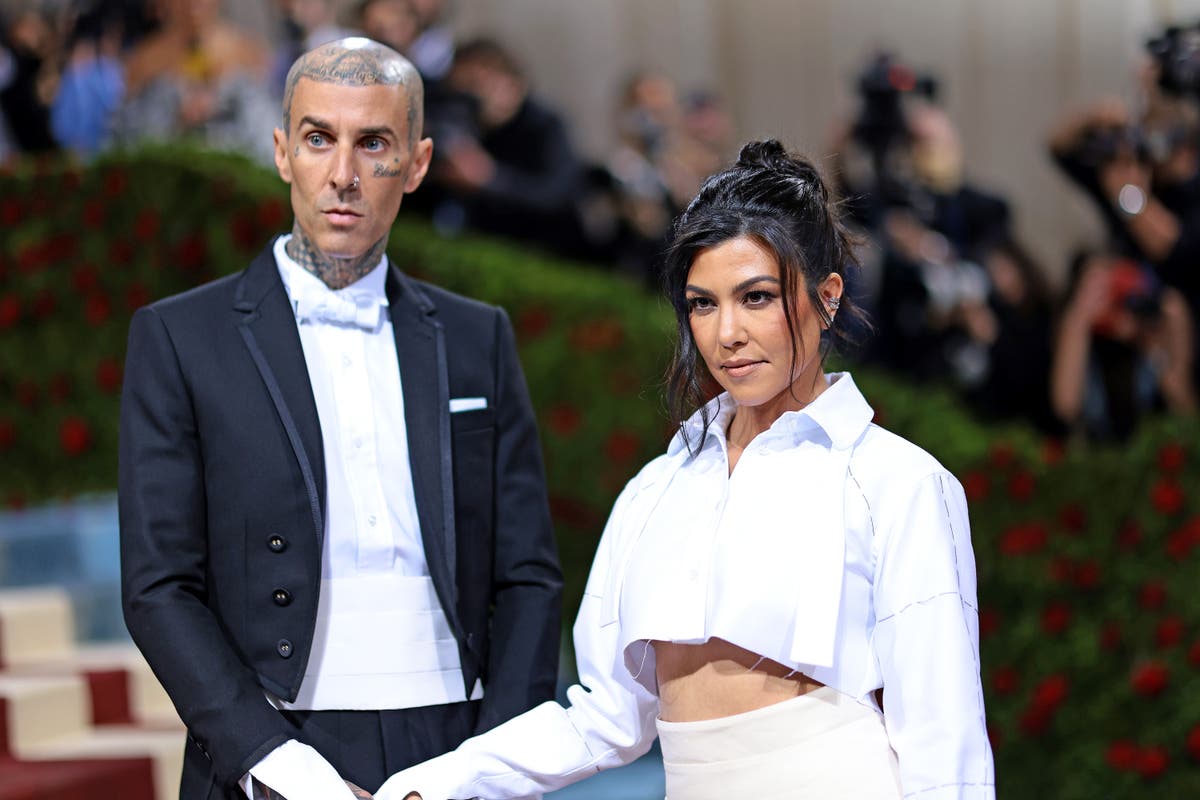 Travis Barker has been admitted to a Los Angeles hospital, reportedly as a result of pancreatitis.

On Tuesday (28 June) the Blink-182 drummer was taken to Cedars-Sinai Medical Center. The musician was accompanied by his wife, Kourtney Kardashian.

The reason for Barker’s hospital visit was originally unknown. However, according toTMZ, sources connected to the family have confirmed his attendance was due to an inflamed pancreas, which doctors believe was triggered by a colonoscopy.

Symptoms of pancreatitis can include nausea, intense stomach pain, and vomiting. Details of when he underwent the colonoscopy haven’t been made public.

Earlier reports stated Barker first attended West Hills Hospital after experiencing a health issue, but was then transferred to the larger Cedars-Sinai by ambulance.

The same day, the 46-year-old had shared a tweet that read, “God save me”.

“Please send your prayers,” she wrote, adding a wide-eyed emoji.

Barker and Kardashian were officially married at a courthouse in Santa Barbara, California in May. Later in the month, they held their primary celebration in Portofino, Italy.

The wedding was attended by the famous Kardashian family, including mother Kris Jenner and sisters Kim, Khloe, Kylie and Kendall. Kardashian’s three children, Mason, Penelope and Reign, were also present.