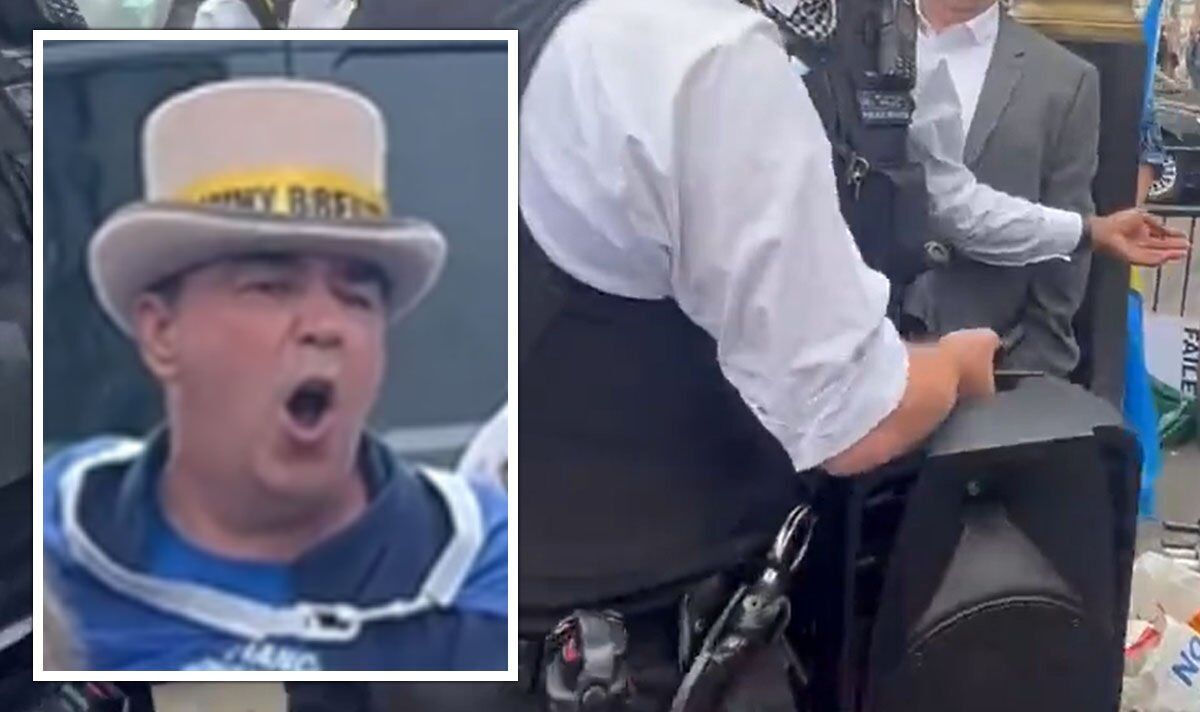 Steve Bray, a former coin collector turned failed Lib Dem parliamentary candidate and pro-EU activist, was surrounded by 20 uniformed officers today as he campaigned outside of Westminster. Under the Police Crime Sentencing and Courts Act, protests and noise have been redefined to make more unlikely the possibility of undue stress on the public.

Mr Bray told LBC: “I’m here, protesting as normal, I’ve been protesting for the last six years or so and the police warned me twice and I said, ‘no we’re a protest, I’m not recognising this fascist law that Priti Patel has pushed through Parliament’.

“I put the amp on again… and they came over and started to seize the two amplifiers.

“I’m very angry but at the end of the day amplifiers are replaceable. We need more people here, we need more noise because I ain’t going to let these b******* grind me down, none of us are.”

Mr Bray added that he was “absolutely not worried at all about being arrested”, adding “this has fast become a fascist state, when the laws don’t suit them, they change them to suit them and that’s when we need to start worrying”.

In a video posted by Mr Bray subsequent to the confiscation of his speakers, he approached police and threatened to take the case to court.

He said: “My amps were seized today and would like to know the procedure for getting them back.

The officer replied: I believe you have been reported for summons so that will be reviewed.

Mr Bray said: “Who reported me for summons? That’s the first I heard of it? I’ve been summoned to court. Ooh, fantastic.”

The officer said: “Yes, it’s a court process so it will be up to the court to decide to destroy the equipment or return it to you.”

Mr Bray said: “You know I am going to elect trial by jury, don’t you. How can you back the laws of a fasict government?