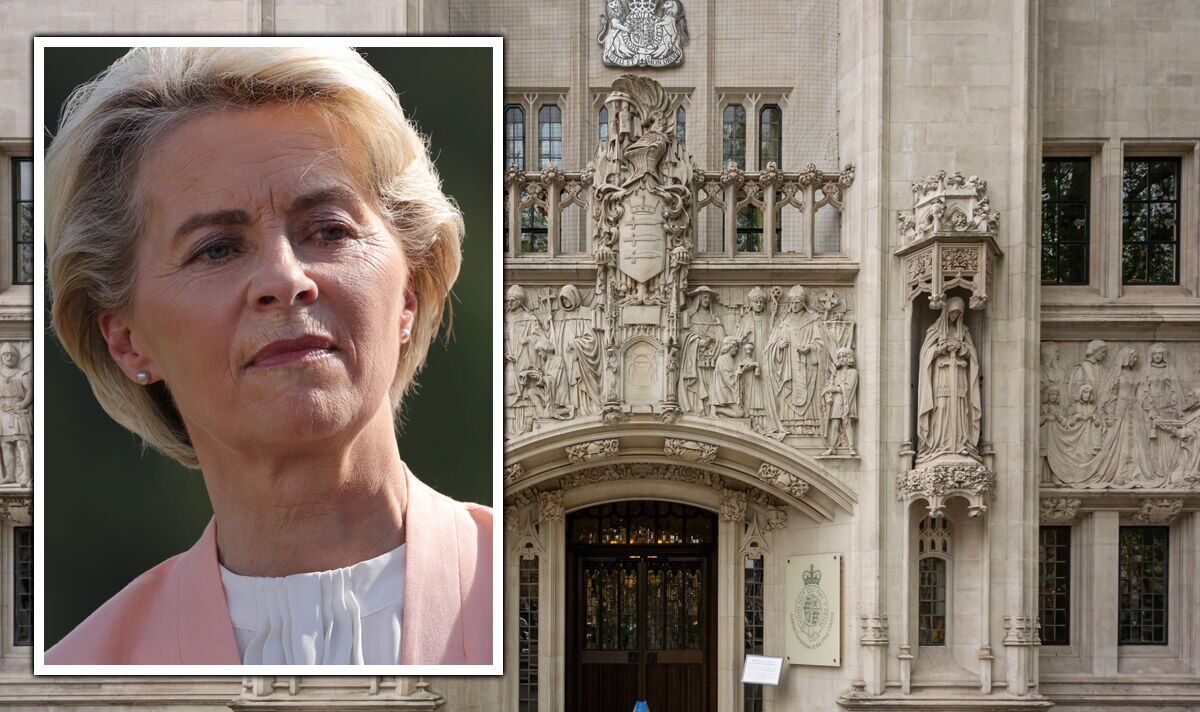 And the former Brexit Party MEP has warned if the court fails to rule the mechanism to be illegal, it risks the break-up of the United Kingdom. The Protocol was agreed by the UK and the European Union in 2019 as a means of preventing a hard border on the island of Ireland.

However, critics in the unionist community argue it has in fact imposed a border down the Irish Sea, driving a wedge between Northern Ireland and Great Britain.

Unionist politicians are consequently refusing to enter into a power-sharing agreement which has resulted in months of political gridlock north of the border.

The case was previously dismissed by both Belfast’s High Court, and its Court of Appeal, after a Crowdjustice appeal by Mr Habib and fellow campaigners last year.

In an email to supporters yesterday, Mr Habib said it would now be heard on November 30 and December 1, with judgment to follow thereafter.

He told Express.co.uk: “First, in 2019, the Prime Minister said his oven ready deal was fantastic. All Tories, including the ERG and the likes of Martin Howe, a member of the self-proclaimed “Star Chamber”, backed it. They would not listen to those of us who warned it would leave Northern Ireland bereft.

“Roll the clock to 2020 and the PM had by now accepted the Protocol “posed a threat to the very fabric of the Nation” – his words, not mine.

He added: “Now, yet another year on, the PM promises to neuter the Protocol via the Northern Ireland Protocol Bill – legislation which does not contain a single detailed operative provision.

“All the detail is to be left to subsequent legislation. This seems not to be of concern to the Star Chamber. It has duly trotted out a declaration of support.”

Mr Habib stressed: “The only thing we know for sure about the Bill is that it will be fought tooth and nail by Remainers in Parliament.

“Years will pass before we will be able to judge if it has any bite.

“That is what the PM wants; the passage of time. He has no idea about how to deal with the mess he has made of Northern Ireland.

“The solution clearly does not lie with him. It lies with the DUP refusing to re-form Stormont and with the court case I have brought.

“That goes to the Supreme Court on November 30. A failure by them to rule the Protocol illegal would likely be the end of the United Kingdom of Northern Ireland and Great Britain.“

Speaking today (Monday), Stormont DUP minister Edwin Poots said it will be a “significant step” if the Northern Ireland Protocol Bill gets through its second reading in the House of Commons on Monday, but that the future looks “bleak” if it does not.

Asked if the DUP will be any closer to returning to Stormont if it gets through, Mr Poots, Minister of Agriculture, Environment, and Rural Affairs, told BBC Radio Ulster’s Good Morning Ulster programme: “In a sense, yes.”

He added that if it does not get through “I think that the future looks bleak”.

He said: “If it gets through today it is a significant step forward and we’d be working with Government to see what other steps can be taken in advance of legislation being fully applied.”

Speaking in the Commons prior to a vote on the issue, Foreign Secretary Liz Truss told MPs new legislation would fix the issues surrounding the Protocol and ensure the Good Friday Agreement is upheld.

Keir Starmer on Labour’s energy plans: Fossil fuels may be a ‘fallback’