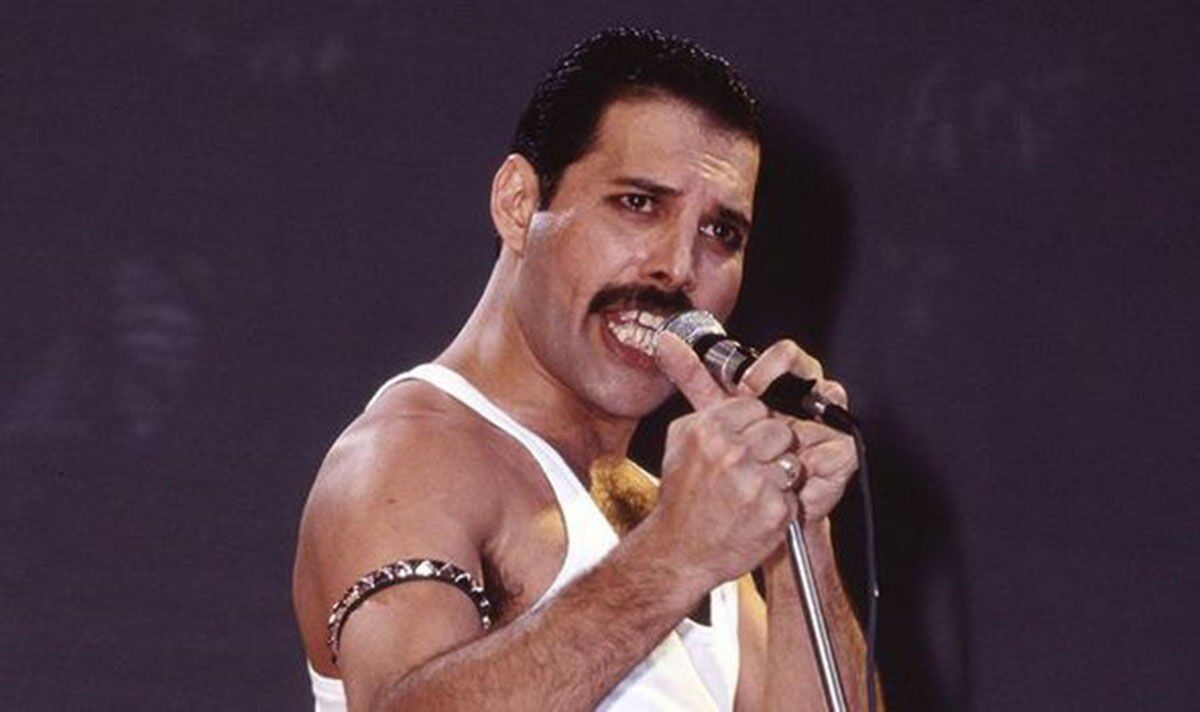 The Queen biopic Bohemian Rhapsody is riding high on both Netflix and Disney Plus right now, reminding us all yet again of the genius and majestic flamboyance of Freddie Mercury. It is no surprise his personality sometimes spilled over into explosive run-ins with other famous folks. – usually topped off with a killer remark. Of course, his music also lives on in the current world tour of Queen and Adam Lambert. Every night, Brian May duets emotionally with Freddie on Love of My Life but he has also frequently described many of the most outrageous and colourful moments he shared with the much missed star. Including the hugely entertaining story of a particularly memorable battle of wills between Freddie and another legend who was just as famous, just as outrageous and just as hard-headed. It all happened during the recording of an iconic Queen track with David Bowie.

The song, of course, was 1982’s Under Pressure from the Hot Space album. The title, it seems was particularly appropriate.

May, in his typicallly understated style, previously said: “It wasn’t easy because we were all precocious boys and David was very… forceful, yes. Freddie and David locked horns, without a doubt. But those are the things that happen in a studio, that’s when the sparks fly and that’s why it turned out so great.”

May shared a particular wonderful example that sums it up and creates an entertaining and very vivid image of what was going on.

Under Pressure was written primarily by Freddie, with John Deacon contributing the iconic guitar riff, and the track was recorded at Queen’s own studio in Lausanne, Switzerland.

That July, Bowie released Space Oddity and was on the road to superstardom. A few months later, he met Freddie again.

Along with Queen’s Roger Taylor, he was dabbling with selling second-hand clothes at markets to make some much-needed extra money. They were taken on by well-known Kensington Market trader Alan Mair, to help with his much more popular stall. Mair knew David Bowie’s early manager at the time and this lead to the budding star popping by one day.

Mair told the story in Is This The Real Life. “Space Oddity had been a hit, but he (Bowie) said he had no money. Typical music biz! I said, ‘Look, have them for free.’ Freddie fitted Bowie for the pair of boots. So there was Freddie Mercury, a shop assistant, giving pop star David Bowie a pair of boots he couldn’t afford to buy.”

All those years later, Under Pressure became a huge hit. The stars remained on excellent terms and Bowie would sing Under Pressure with Annie Lennox at The Freddie Mercury Tribute Concert in 1992.