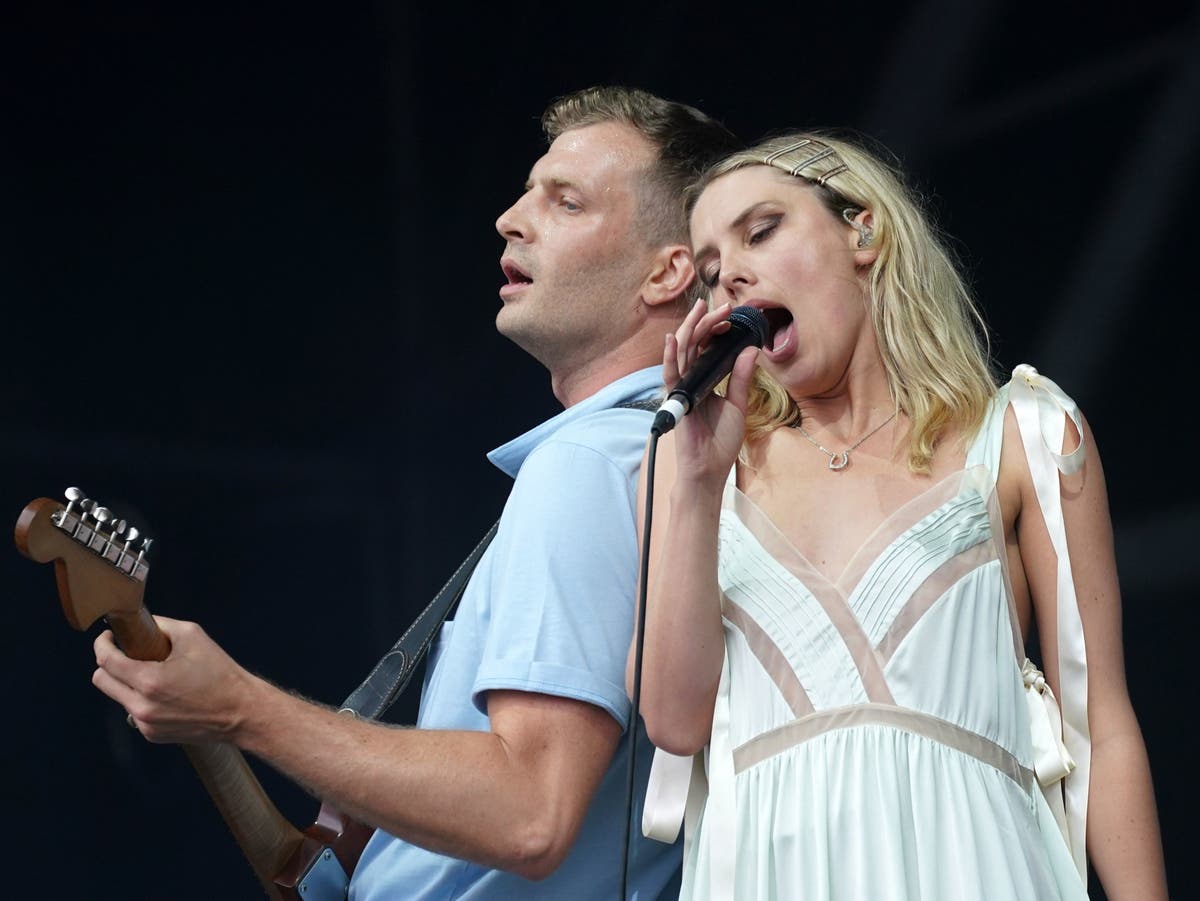 Of all the bands spearheading the indie revival, none shapeshift quite like Wolf Alice. Theirs is a palimpsest of styles: some shoegaze here, some garage rock there. Folk, grunge and electronica also fall into the mix.

Emerging at a time when guitar music was becoming increasingly moribund, they’ve done pretty well to get where they have. Three top-five records (the last of which went to No 1). A Mercury prize. A Brit award. A Grammy nomination. Key to their alchemy is frontwoman Ellie Rowsell, whose flair for storytelling is matched by a voice that can flit from shimmering falsetto to brawling rage.

On the Pyramid Stage, she is tremendously entertaining. The north London quartet very nearly didn’t make it to Worthy Farm, though: their flight from LAX was cancelled yesterday, prompting Rowsell to tweet: “Has anyone got a private jet in LA?”

Luckily, they managed to get a flight to Seattle, then on to London. If there’s a little grogginess, the band manage to call on their reserves, careening through their hits like a bobsleigh at full throttle, just about staying in control. “Smile”, with its crunching guitars and Rowsell’s almost rap-like delivery, is the defibrillator to rouse the crowd from a mid-afternoon lull. “Let’s have some fun,” she beams, before launching into “You’re a Germ”, a propulsive track about sexual exploitation from their debut album My Love is Cool. She cackles, yelps, struts.

It’s when Wolf Alice slow things down – allowing the nuances of Roswell’s gossamer voice to be fully appreciated – that they are at their most potent. “Lipstick on the Glass”, from 2021’s Blue Weekend, sits gorgeously next to the intoxicating rush of “Bros”. Moments later, bathed in orange light, she sings “you f***ed with my feelings” on “Safe from Heartbreak”. Arms sway in unison, as the soothing strains of “How Can I Make This OK?” wash over a swooning crowd.

There’s room, too, for the claustrophobic “Silk”, in which Roswell tells us “my loving kills me slowly”, and “The Last Man on Earth”, during which Roswell sits at the front of the stage, again flexing those vocals over twinkling pianos. There are a few sound issues. But no matter. As they finish with a startlingly beautiful rendition of “Don’t Delete the Kisses”, from their second album Visions of a Life, it’s clear that the future of guitar music is in safe hands.