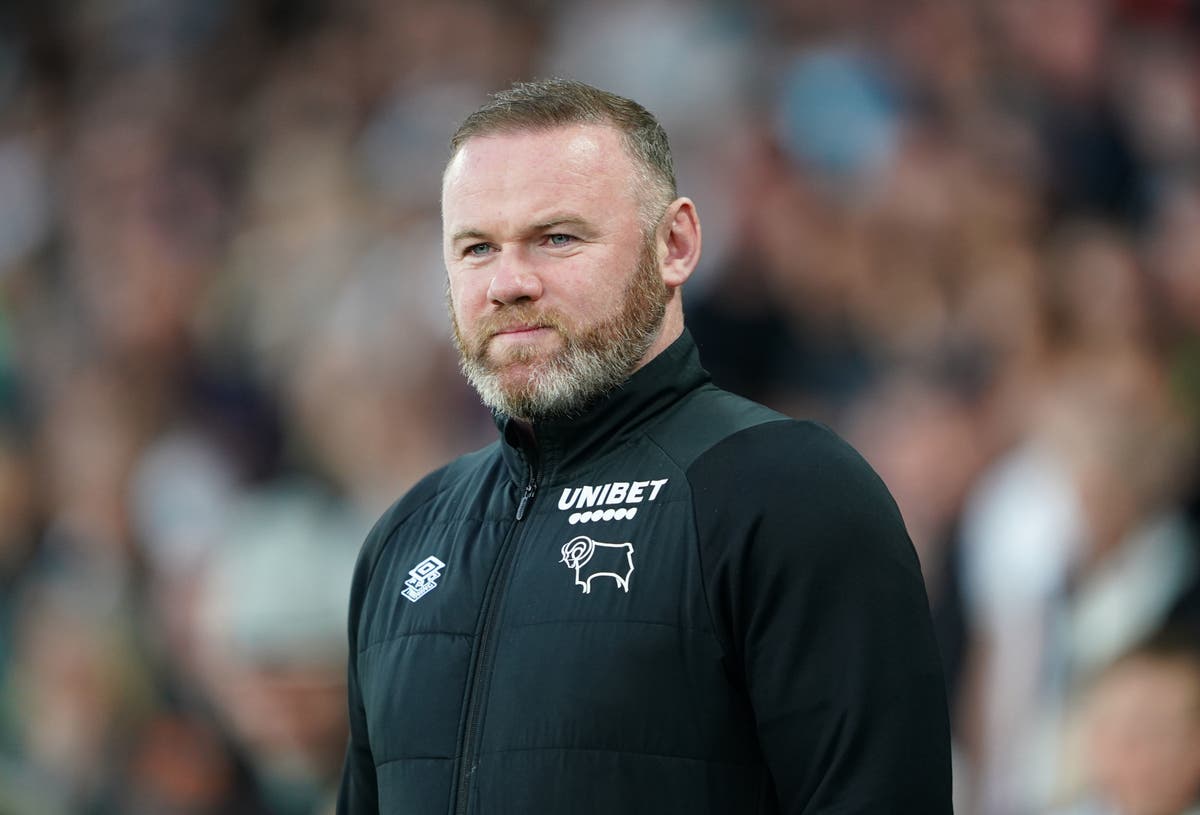 Wayne Rooney has quit as manager of Derby County with immediate effect after 18 months in charge.

A statement on Derby’s website read: “Wayne Rooney has today informed Derby County Football Club that he wishes to be relieved of his duties as first team manager with immediate effect.”

Rooney initially joined the Rams in January 2020 as a player-coach but moved into the managerial role following Phillip Cocu’s departure and has endured a rollercoaster introduction to management.

The Rams were relegated to League One from the Championship last season but Rooney impressed in almost impossible circumstances – with the club deducted 21 points for off-field issues and an almost year-long attempted sale since they went into administration in September 2021 still not having been completed.

The 36-year-old Rooney – who was England men’s record all-time scorer during his playing days, told the club website: “Over the course of the summer I have been closely following developments regarding the ownership of Derby County.

“Today I met with the administrators to inform them of my decision that it was time for me to leave the club. In fairness to them, they tried tremendously hard to change my decision but my mind was made up.

“My time at the club has been a rollercoaster of emotions, both highs and lows, but I have to say that I have enjoyed the challenge.

“Personally, I feel the club now needs to be led by someone with fresh energy and not affected by the events that have happened over the last 18 months. I will remember my time at Derby with great pride and affection and would like to thank all my staff, players and of course the fans for their incredible support. I will never forget you and hope to see you all again in the near future and in happier times.

“Finally, I am aware that the club still have interested parties who wish to take over the running of the club. To them I say this: Derby County is a great club with a great history and great fans. I wish you all the best and much success for the future.”

Despite the 21-point reduction and being forced to rebuild the squad almost from scratch due to administration, Rooney took a young, inexperienced Derby squad to within seven points of Championship safety by the end of the season, as they finished 23rd.

This came after he kept them up in the 2020-21 season having taken sole charge with the club bottom of the Championship table in January and six points from safety.

After a long-mooted takeover by US businessman Chris Kirchner fell through earlier this month, Derby’s chances of exiting administration before the new League One season gets underway at the end of July look slim and although the administrators tried to convince Rooney to stay, he opted to leave his role.

A spokesperson on behalf of the joint administrators of Derby County Football Club (“The Club”) said: “The joint administrators are very disappointed that Wayne has taken the difficult decision to leave the club and we have spent some time today trying to persuade him to stay but understand his reasons for wanting to go.

“We are extremely grateful to him for his excellent work in the face of challenging on-field circumstances in the 2021/22 season and admire the manner in which he has led the team, the club and the local community through various off-field issues.

“The joint administrators recognise that staff and supporters will be frustrated and equally disappointed by this news, but we all wish him, his wife Coleen and their four boys every success in the future and we are sure they will always be welcomed back.

“All parties recognise the need to conclude a sale of the business and assets of the Club, as a matter of urgency and the joint administrators wish to reconfirm that Wayne’s departure will not affect those ongoing, positive discussions.”