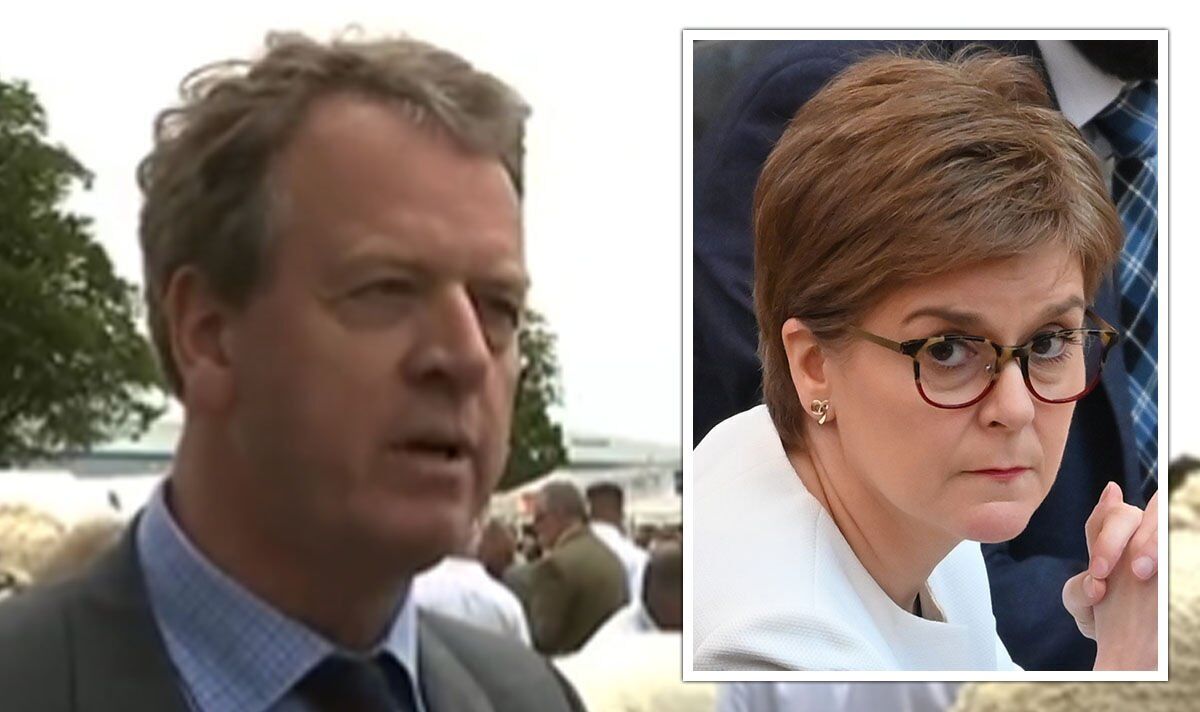 The constitution is a reserved issue no matter what “wheeze” the First Minister announces on her proposed route to a second independence referendum next week, Scottish Secretary Alister Jack has said. Nicola Sturgeon is on Tuesday due to set out her Government’s plan for potentially holding a referendum on Scottish independence. In a speech last week, she said she would not “stand here and pretend that there’s not challenges to navigate through”.

The UK Government has repeatedly rejected a section 30 order – a clause in the Scotland Act that would allow for a legal referendum to be held.

Speaking to BBC, Mr Jack said: “We’ll find out next Tuesday what she’s bringing forward, whatever her wheeze is.

“We know very well that all matters related to the constitution are reserved to the Westminster parliament.”

He added: “Some people in the SNP are saying there is a way around the Section 30 but not that we know of.”

He was asked about the paper published by the Scottish Government last week, the first in a series of documents intended to form its renewed prospectus for independence.

Mr Jack said: “The first paper was what she called a scene-setter, I responded saying we’ve seen it all before.

“There was nothing new there, there may be new things to come forward. But our position is not to get engaged in constitutional wrangling with the Scottish Government.

“We want to focus on the people’s priorities, on inflation rising, on the cost of living challenge, on the war in Ukraine.

Asked if a different wording of the proposed question on independence would change his mind, he said: “I’m going to cross that bridge when I come to it.

“I don’t know what wheeze she’s going to come up with on Tuesday but I’m very clear that the constitution, rather like Trident and our nuclear deterrent, these matters are reserved very clearly in the 1998 Scotland Act, they’re reserved to the Westminster Government.”

But Scotland’s Constitution Secretary said the people of Scotland voted for a referendum in last year’s Holyrood election and as such should have one.

Angus Robertson told the BBC on Thursday: “This issue has already been decided in a Scottish Parliament election. The Scottish Government was elected with a mandate from the people that there should be a referendum.