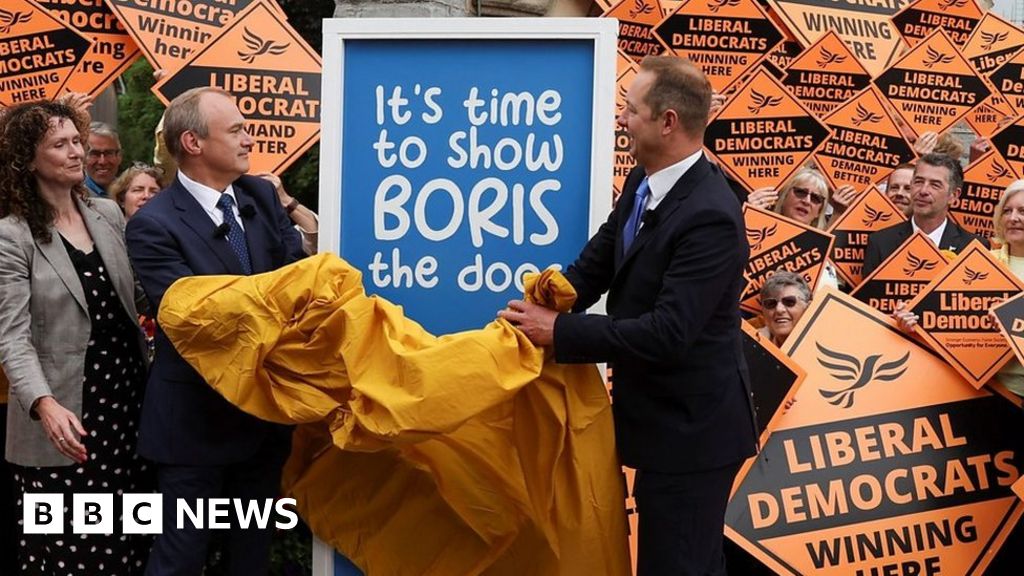 The Lib Dems have been celebrating their big win in Tiverton and Honiton by unveiling a new prop – a big blue door.

The words “It’s time to show Boris the door” are emblazoned across it – the Lib Dems say this is what people have been telling them on the streets of east Devon.

Leader Sir Ed Davey offered his congratulations to Devon’s new MP Richard Foord saying the residents “have spoken for the British people” by sending a loud and clear message to the PM.

“Boris Johson has got to go,” he adds.