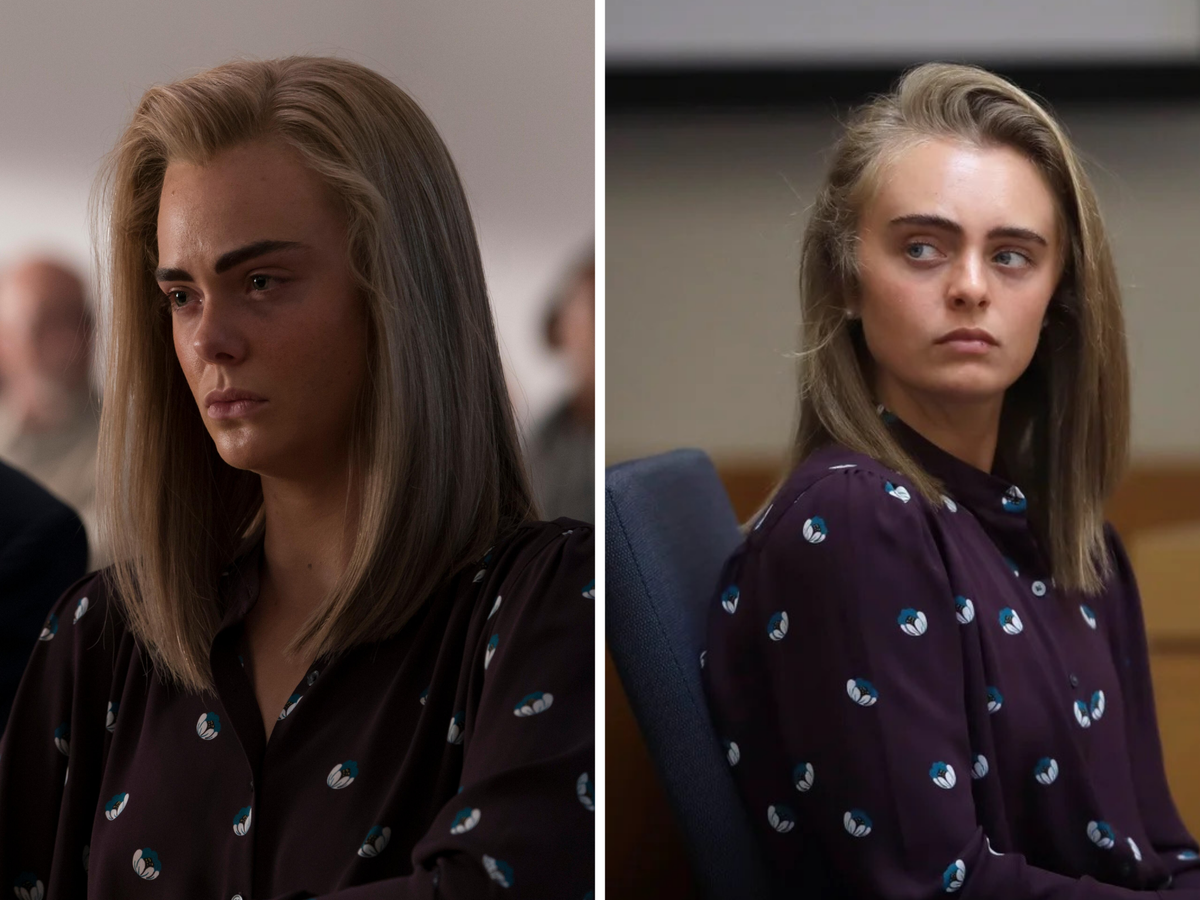 The actor portrays Carter in Hulu’s limited series The Girl from Plainville.

First released in March, the series is based on the true story of the Massachusetts teenager who was convicted of involuntary manslaughter in 2017 after sending texts encouraging her boyfriend Conrad Roy III to take his own life.

On a recent episode of The Awardist podcast, Fanning revealed the one question she’d ask Carter if they ever met in real life: Why did she draw her eyebrows on so dark?

In the courtroom during the trial, Carter often appeared with thick, dark eyebrows.

After confirming that Carter’s eyebrows were in fact makeup, Fanning offered her own theories, suggesting that her brows may have been her “armour” or “war paint”.

“In court, she really had this delicate face, and I think the harsh eyebrows really did a lot,” Fanning explained.

“She didn’t show a lot of emotion, had kind of these smirks and things.”

“She’s going in and she wants to kind of get herself ready for battle every day,” Fanning added.

Check out the real story behind the case here, as well as where Carter is now.

The Girl from Plainville is available to stream on Hulu.