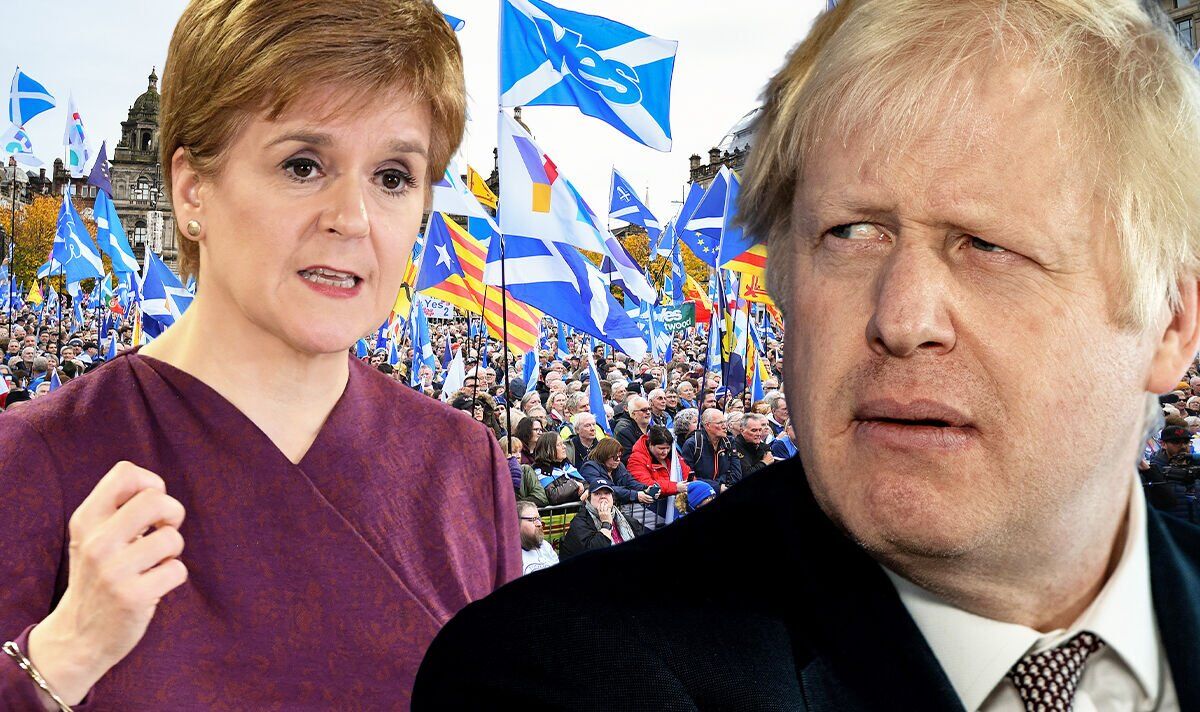 The SNP leader is continuing to gear up for a fresh vote on Scotland’s place in the UK next year, less than a decade after a majority voted against independence. However, constitutional matters are reserved for Westminster, meaning a new referendum will not be legal without consent from No10.

Any move to hold a vote without prior permission would likely be challenged in the courts.

The Scottish First Minister is understood to now be considering making the referendum advisory in a bid to prevent any legal issues.

Instead of asking if Scots wanted independence, the question posed to voters would ask if independence negotiations should be allowed to go ahead.

Results from the vote would not be binding but rather presented as a ballot to gauge support for independence, according to The Sunday Times.

A win for Ms Sturgeon would then heap huge pressure on Mr Johnson to give permission for a full-blown vote.

Ciaran Martin, the UK Government’s former constitution director, admitted there “might” be nothing that could be done to stop the plan.

He said: “The talk in Edinburgh circles is of a clever legal wheeze where softer legislation is drafted.

“Perhaps instead of a ‘referendum on independence’, the bill is instead about something like asking the people of Scotland for a mandate to open independence negotiations with the UK.

Ms Sturgeon claims to have a mandate for a new independence referendum after a majority of Members of the Scottish Parliament were elected on pro-separatist policies last year.

Speaking after the publication of the research, the SNP leader said: “The people of Scotland have secured a cast-iron democratic mandate to decide their own future — and neither Boris Johnson nor any other UK prime minister has the right to block that mandate.

“I am determined to deliver the legal, constitutional referendum the people of Scotland have voted for.”

Recent polls suggest less than a third of Scottish voters support a new referendum before the end of 2023, with large swathes of even those in favour of independence believing it is not an immediate priority.

No10 says voters in Scotland want the Holyrood and Westminster governments to focus on working together to tackle the current cost of living crisis.

The Prime Minister’s official spokesman said earlier this month: “We are confident that the people of Scotland want and expect their governments to be working together to focus on issues like the global cost of living challenges, like the war in Europe and the issues that matter to their families and their communities.”

He added: “The position on the referendum remains unchanged.

“First and foremost we want to continue to work with the Scottish government on those issues that are affecting the public right now.”