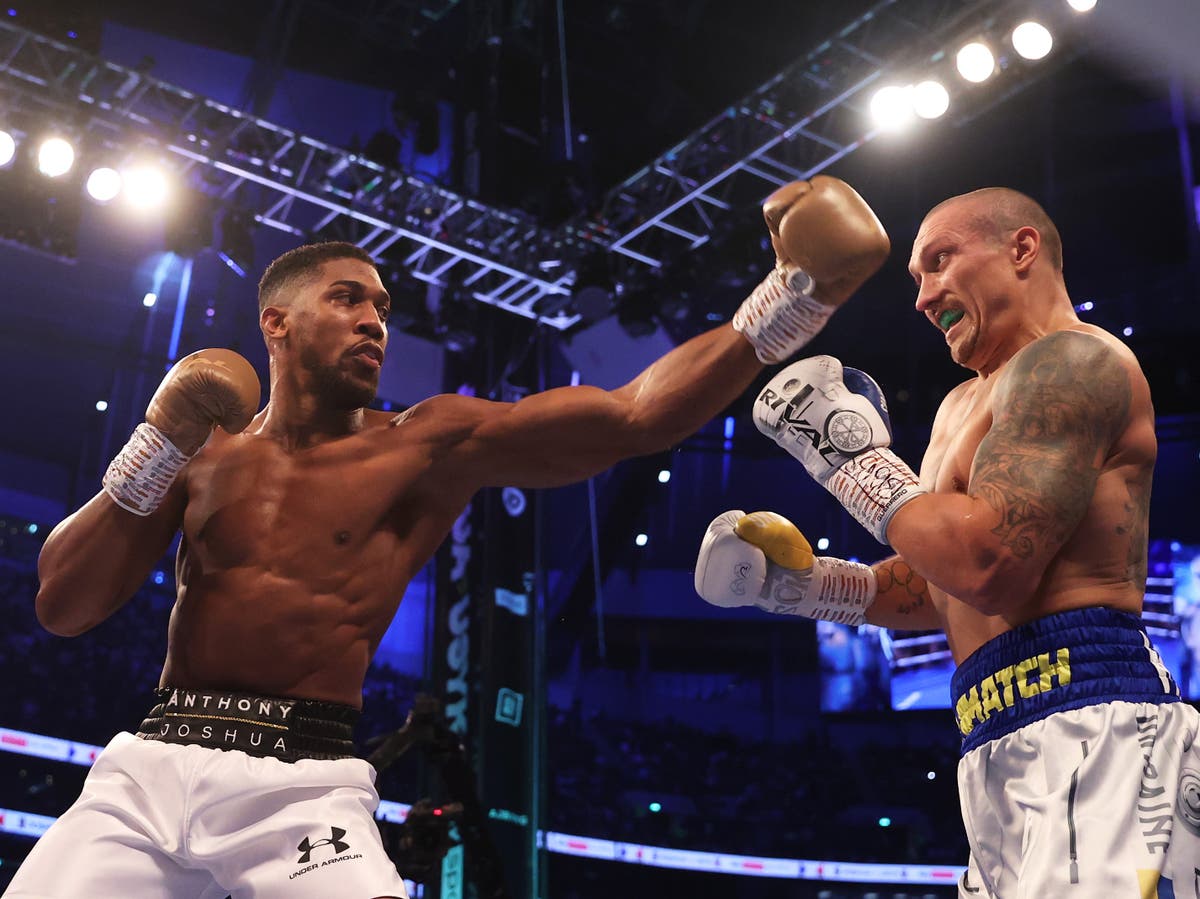 Usyk took the WBA, WBO, IBF and IBO heavyweight titles from Joshua in September, beating the Briton via unanimous decision at the Tottenham Hotspur Stadium in London.

Now Joshua (24-2, 22 knockouts) will look to avenge that defeat and regain the belts, but to do so he must do something that no fighter has managed during Usyk’s professional career: beat the Ukrainian.

A rematch between the pair was expected to take place this spring, but Usyk (19-0, 13 KOs) instead returned to his home country to aid Ukraine’s defence against the ongoing Russian invasion.

The 35-year-old – the only man to have been undisputed cruiserweight champion in the four-belt era – ultimately left Ukraine to begin training for a second fight with Joshua, and that bout has now been announced at last.

Joshua, 32, and Usyk will clash in what is being billed as the ‘Rage on the Red Sea’ in Saudi Arabia, where “AJ” avenged the only other loss of his professional career.

The Olympic gold medalist suffered a shock knockout defeat by Andy Ruiz Jr in June 2019, losing the heavyweight belts that he later dropped to Usyk. Following that contest, which took place at New York City’s Madison Square Garden and marked Joshua’s American debut, the Briton travelled to Riyadh in December of the same year. It was there that he achieved a unanimous-decision win against Ruiz Jr, dethroning the Mexican-American to become a two-time world heavyweight champion.

“I now have my date with history set to become three-time unified heavyweight champion of the world,” Joshua said upon the confirmation of his rematch with Usyk. “What an opportunity. Fighting championship level back to back has had its pros and cons, but I decide every day to get stronger, to learn from my experiences and grow.

“A happy fighter is a dangerous fighter and I am the happiest and most motivated I have been. Thank you to the organisers, to 258MGT, Matchroom Boxing, and to all the boxing fans across the world – with a special shoutout to the Ukrainian fans who have been through a really tough time.”

Joshua’s long-time trainer Rob McCracken has stepped away from the 32-year-old’s camp ahead of the rematch with Usyk, with Angel Fernandez taking on greater responsibility in AJ’s coaching set-up and Robert Garcia also coming on board.

Neither Joshua nor Usyk, also an Olympic gold medalist, has competed since their initial in-ring meeting. It is possible that the winner of the rematch will take on Tyson Fury to crown an undisputed heavyweight champion, though the “Gypsy King” has suggested that he will not fight again.

Fury, 33, last took to the ring in April, knocking out fellow Briton Dillian Whyte at London’s Wembley Stadium to retain the WBC heavyweight belt. While the unbeaten Fury claims to be retired, he has not yet relinquished his title.