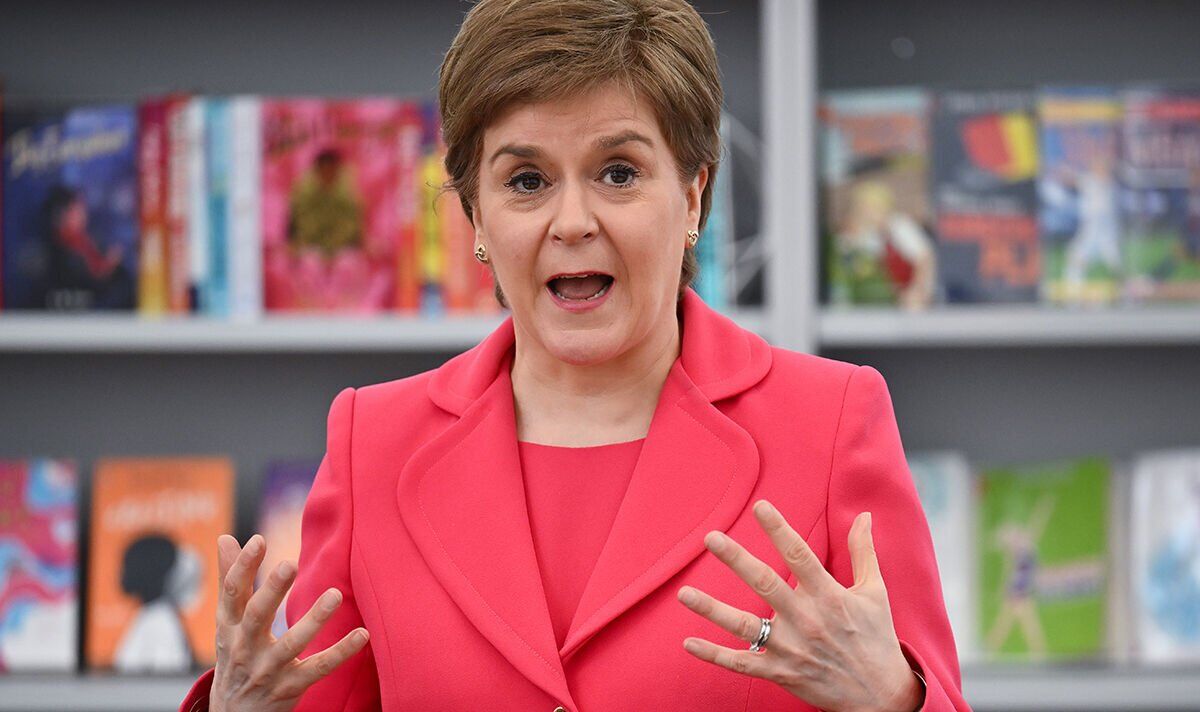 Nicola Sturgeon plans to hold a second referendum on Scottish independence in October next year, according to her government’s constitution secretary. The renewed push towards independence has been immediately ridiculed and lambasted by unionist critics. Scottish Conservative MSP Murdo Fraser told GB News that if the Scottish First Minister “thought Brexit was bad, then independence would be ten times worse”.

He said that independence would create “utter chaos” in Scotland.

Mr Fraser continued: “Every year since 2016 we have had a relaunch of the referendum campaign. It’s like groundhog day in Scotland.

“If you want to know what an independent Scotland would be like, you only have to look at the track record of the SNP, who have been in power for the last 15 years.

“And what have we seen? The Scottish economy is going backward.

“Our education – once regarded as one of the best in the world – is now slipping down the league tables.”

JUST IN: ‘Will not accept’ Ireland throws down gauntlet

The Scottish Conservative added: “We have huge problems in or NHS, the worst drug deaths in Europe, infrastructure failing.

“There is a whole host of issues where the SNP have failed Scotland.

“Why would you trust these people with more power?

He said the impact of an independent Scotland “would be ten times worse” than Brexit.

Craig Hoy, the party’s chair, said: “Nicola Sturgeon has come close to endorsing a plan to push ahead with an illegal vote and Angus Robertson doubled down on that today.

“This reckless push for another referendum will damage Scotland when all the focus should be on Covid recovery and the global cost-of-living crisis.”

In response to policy papers, Boris Johnson criticised “foolish” plans to potentially impose a trade barrier between Scotland and England.

He warned that there are “other subjects in the national conversation right now” that should be prioritised.