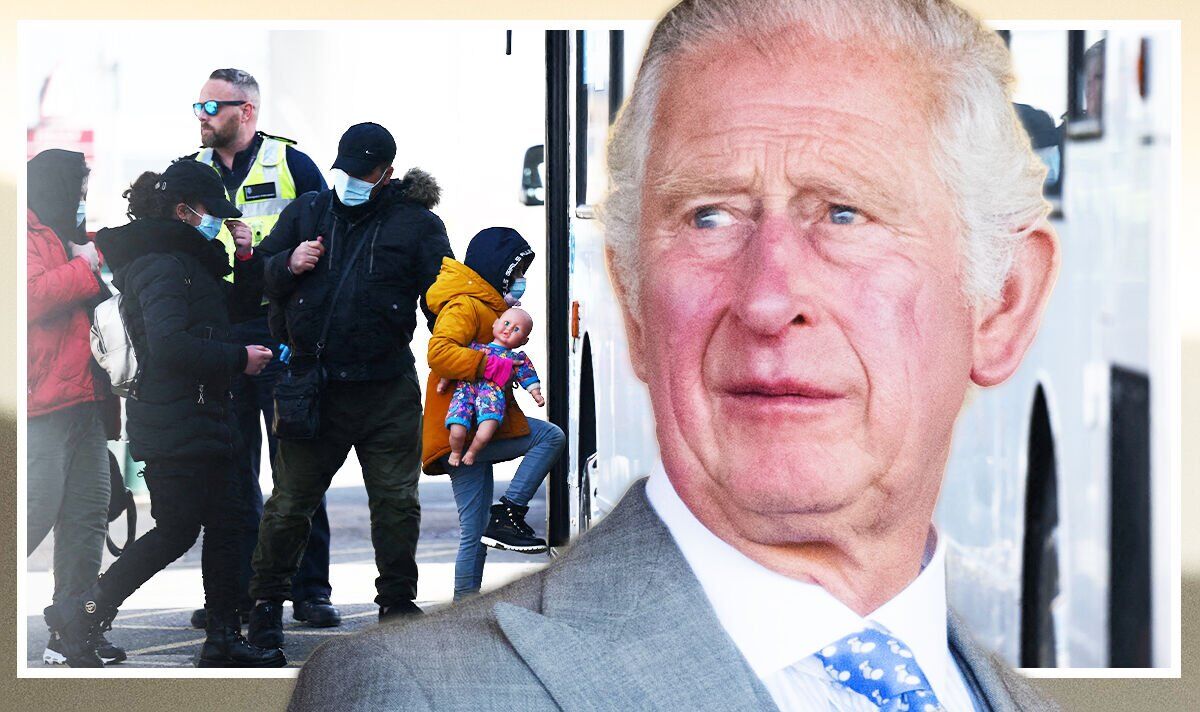 An exclusive poll by Techne UK for Express.co.uk found 53 percent say the Prince of Wales interfering in political matters endangers the future of the Royal Family. It comes after the future King reportedly privately branded the Government’s controversial policy to send migrants to Rwanda “appalling”.

It also comes after the first flight to send asylum seekers to the east African country was grounded on Tuesday following an 11th-hour intervention by the European Court of Human Rights which has prompted calls for Britain to pull out of the European Convention on Human Rights.

The survey found 20 percent of respondents disagreed that the Prince of Wales risks the monarchy with political interventions, while 27 percent did not know.

Remainers were more likely than Brexiteers to say Charles was putting the future of the Royal Family in peril.

Some 60 percent of Remain voters said the Queen’s son was jeopardising the institution compared to 50 percent of Leavers.

Among Tory and Labour backers, those saying the heir to the throne was risking the monarchy’s future stood at 53 percent and 55 percent respectively.

The Dudley North MP also disagreed with former BBC royal correspondent Jennie Bond, who said it was “great” Charles had spoken out.

Mr Longhi told Express.co.uk: “Unlike Jennie Bond at the BBC, I rather more agree with Her Majesty’s approach.

READ MORE: Now we know who is running Britain – some bloke in Strasbourg

But the 73-year-old’s reported comments sparked warnings from some Tory MPs.

Charles has been criticised in the past for his views on topics including the environment.

But in a BBC documentary to mark his 70th birthday in 2018, he said he recognises being heir to the throne and head of state are two different roles and pledged to stop speaking out on issues when he becomes King.

Traditionally royals do not become involved in political matters and the monarch remains strictly neutral.

A Clarence House spokesman said: “We would not comment on supposed anonymous private conversations with the Prince of Wales, except to restate that he remains politically neutral. Matters of policy are decisions for Government.”

It comes as Home Secretary Priti Patel today hit out at the “absolutely scandalous” move by the court in Strasbourg after the first deportation flight was called off after a last-minute intervention.

Meanwhile, Prime Minister Boris Johnson said the Government was determined to press ahead with the policy despite the setback.