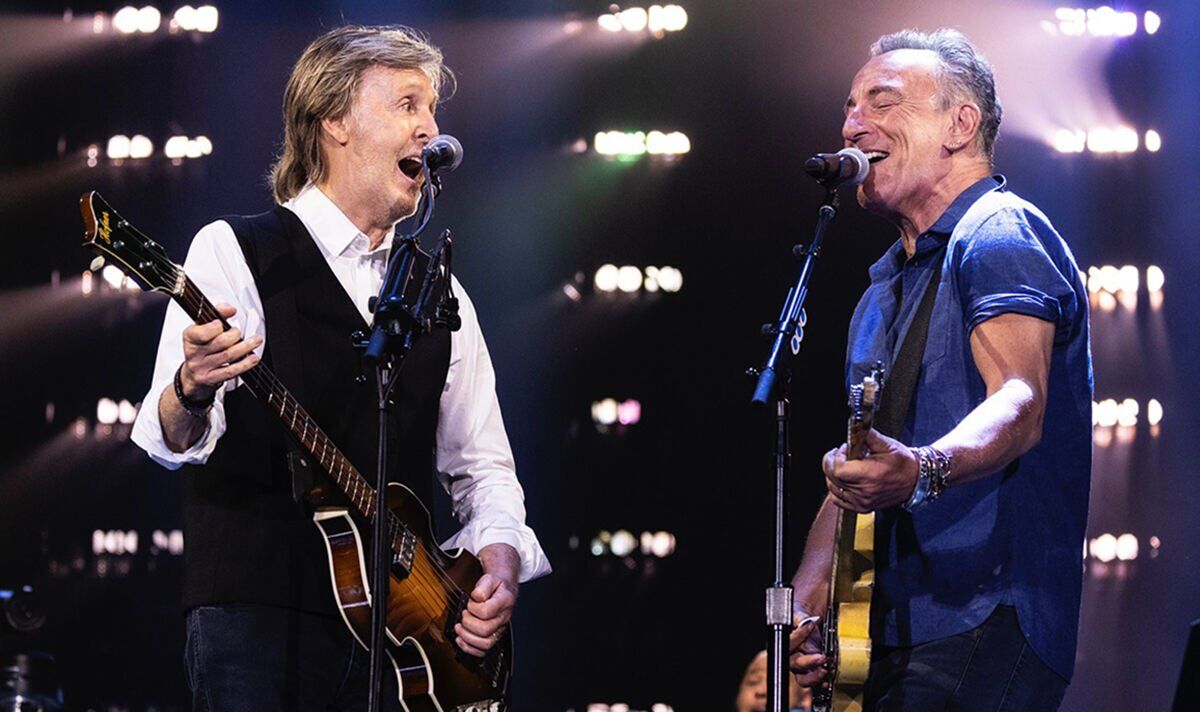 Sir Paul McCartney performed the final show of his Got Back US tour on Thursday evening at the Metlife Stadium in New Jersey. Macca occasionally brings out surprise guests on the last night of a string of concerts, with Sir Ringo Starr having joined him on his last tour before the pandemic. This time around, he welcomed Bruce Springsteen and Jon Bon Jovi, much to the 50,000 strong crowd’s delight.

The Boss played Glory Days and I Wanna Be Your Man with The Beatles star, while Jon Bono Jovi also showed up to sing Happy Birthday to McCartney who will be 80-years-old on Saturday.

Macca’s set included a number of Beatles’ favourites from Can’t Buy Me Love and Getting Better to Love Me Do. Additionally, he sang Hey Jude and his 1973 James Bond theme Live and Let Die.

According to NME, his full set was the following:

Following a break for his 80th birthday celebrations, McCartney will headline Glastonbury Festival 2022 at the end of the month alongside Billie Eilish and Kendrick Lamar, for the first time since 2004.