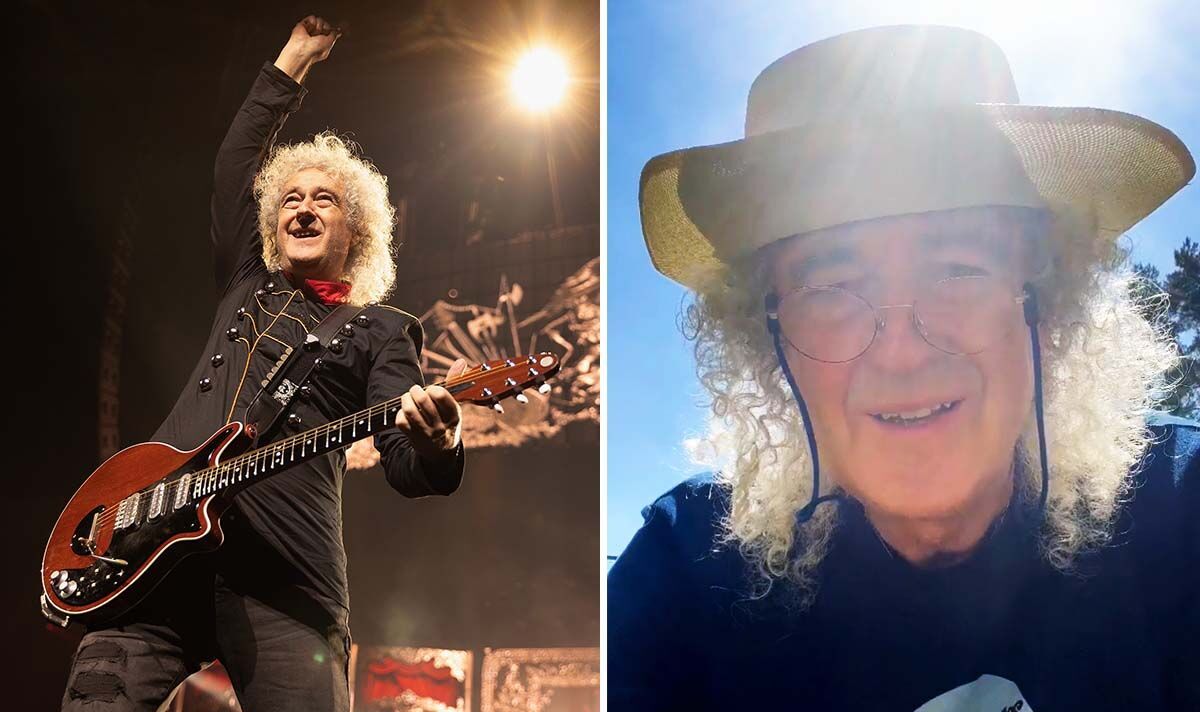 Queen and Adam Lambert are currently performing their 10 night residency at London’s The O2 with barely much of a break between shows. Brian May has opened up about a “privileged” experience he’s had from one in a new Instagram post. Enjoying the sun in a cowboy hat at home, the almost 75-year-old opened up to fans before heading off for another epic concert.

Brian captioned the post:  A moment of reflection. Why the hat ? Well, having had a couple of skirmishes with skin invaders, I’m taking protection from the Sun much more seriously now. Hope you’re all taking care of yourselves out there. SUNSCREEN ! Don’t take chances ! Factor 50 !!! Cheers ! Who’s rockin’ with us tonight ?!!! Bri.”

The Queen guitarist began his post: “Hey folks, howdy! It’s Bri grabbing a moment to relax because we don’t get much time off at the moment. It’s a really punishing schedule, but oh my god it’s worth it for a night like last night back in The O2. What an incredible audience you guys were.”

Queen and Adam Lambert are performing tonight and Saturday at London’s The O2, before two final shows on Monday and Tuesday.

After that, the trio will head off to mainland Europe for 18 more performances, finishing in Tampere, Finland on July 25.