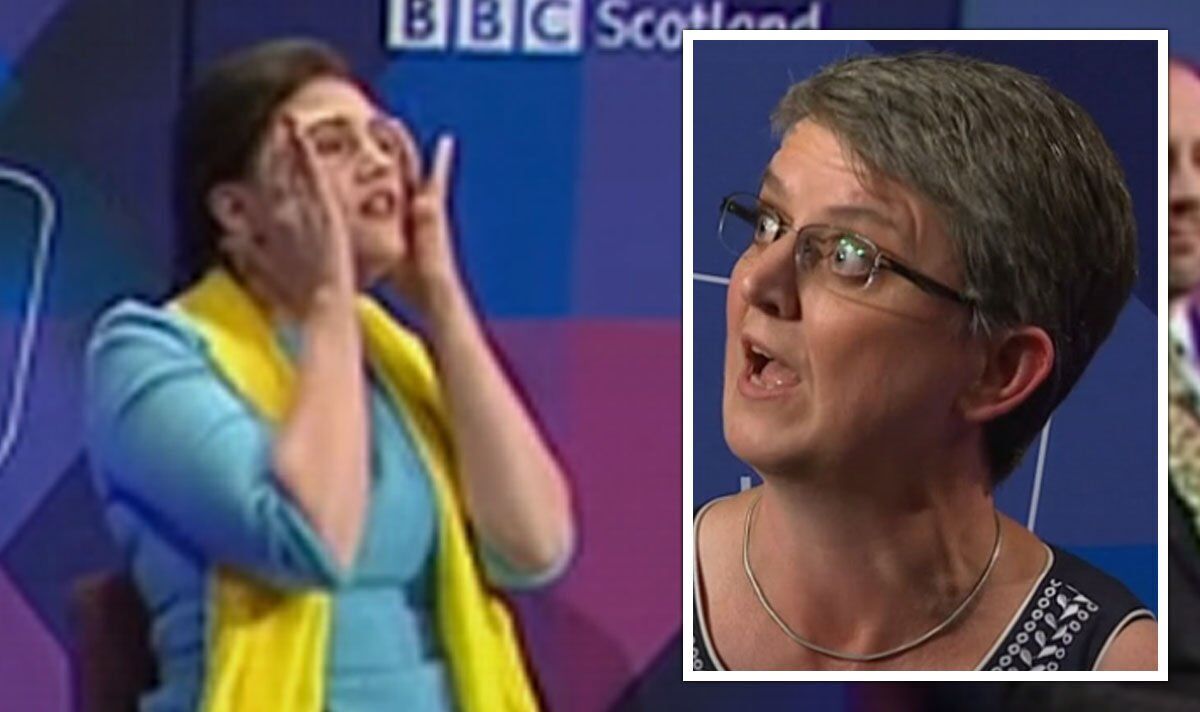 BBC Debate Night panellist Ella Robertson was forced to interject when Maggie Chapman MSP argued that Scottish independence is needed for the country to be in control of its finances. She said: “The Scottish Government has a restrictive budget. It has a finite budget. We do not the power to raise the significant amount of money that we want.

“I want to be able to give public sector workers in Scotland an abive inflation pay rise partly because pay rises haven’t kept pace with inflation for decades. That’s wrong.

“One of our problems that we have at the moment, we’ve got choices to make.

“We can deal with the cost of living crisis and one of the ways of doing that is making sure the people who need it most have money in their pockets.

“That is why I’m proud as part of the Scottish Government, we’ve been able to mitigate some of the worst benefit cuts that we see the UK Government impose.”

Host Stephen Jardine interjected: “Help us understand where the money would come from.

“There’s a £3.5billion gap between expenditure and income here in Scotland partly due to lower than expected tax.

“Where do we find the money for this?”

Ms Chapman continued: “This is precisely why we need an independence referendum. For us, it’s not about independence being an end in itself; independence would give us the powers of a normal country.”

Ms Robertson visibly saw her raising her hands to her head saying: “It’s not the only answer.”

It comes as Nicola Sturgeon has claimed the Conservatives are “terrified” of another vote on Scottish independence after the party’s leader in Scotland challenged her priorities.

The First Minister launched a new campaign for another referendum on independence earlier this week, publishing the first in a series of papers that will make up the prospectus for an independent Scotland.

The first document compared the UK to other nations of a similar size to Scotland on key economic and social measures, with further publications due over the coming months, as well as an update on a route to a referendum without the use of a Section 30 order to devolve the necessary powers to Holyrood expected before the end of the month.

At First Minister’s Questions on Thursday, the first since the launch of the new campaign, Tory leader Douglas Ross questioned the Scottish Government’s priorities.

He said attention should be paid to closing the poverty-related attainment gap and funding the NHS as opposed to pushing for another “divisive” vote.

But Ms Sturgeon told him: “There is a real desperation at the heart of Douglas Ross’s approach to independence.

“It is not a question of whether this Government respects the rule of law – we do and always will – the question is, is Douglas Ross a democrat? “And I think the glaring answer to that is no.”