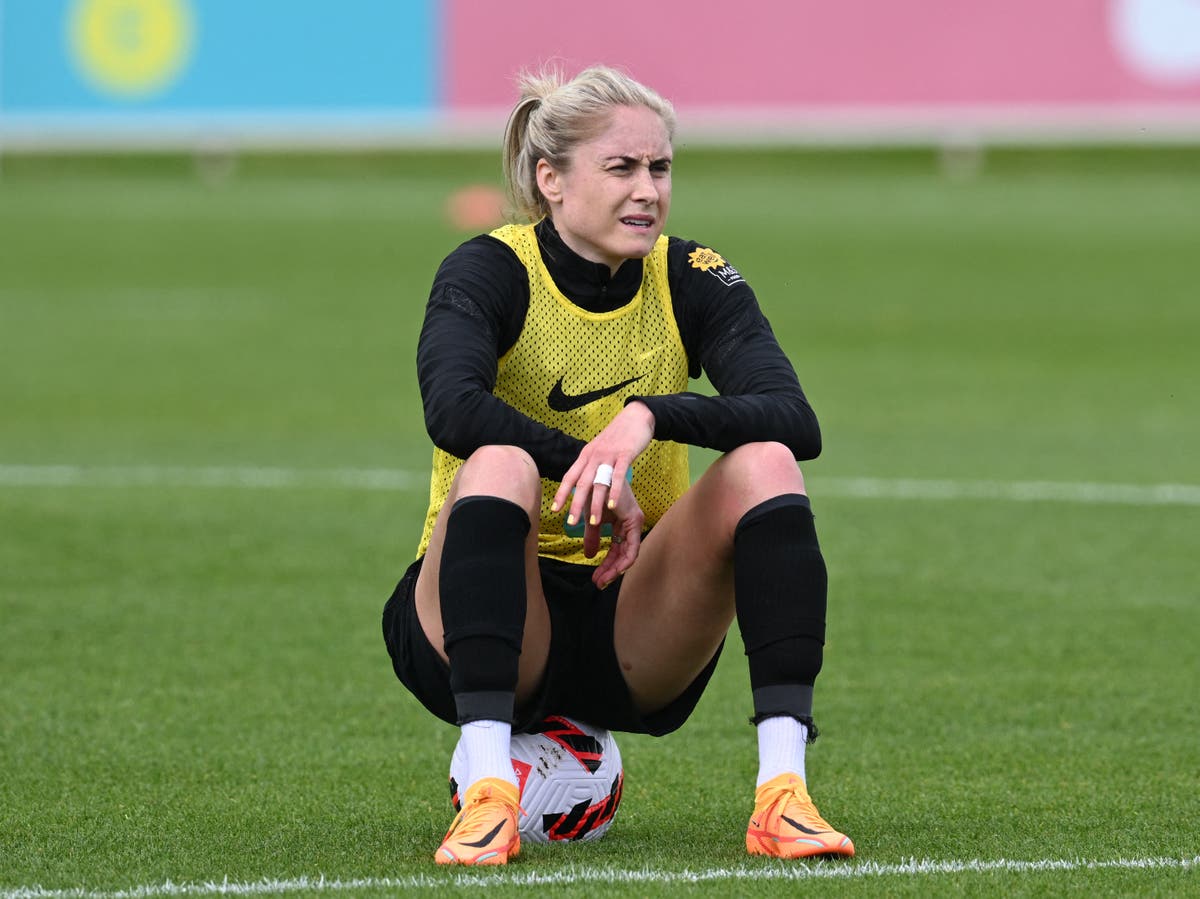 Steph Houghton has missed out on England’s final 23-player squad for Euro 2022.

Houghton has captained England at the last three major international tournaments and although she made the provisional squad, the defender has not featured competitively since January due to injury and will miss out on the home championships.

”It’s hard decision but she is not ready to compete,” England manager Sarina Wiegman said. “She did everything possible but she is just not ready. It’s hard for every player, but she is a big player who has made a big impact on the game. It’s really hard.”

Leah Williamson will take the captain’s armband, as she has for much of the season under Wiegman, who also confirmed that the 34-year-old Houghton will not be involved even in a non-playing role.

“She is really disappointed,” Wiegman said. “She did everything to make it. Of course she was not happy but she took the arguments we put to her.”

Winger Chloe Kelly, who is yet to start a match under Wiegman after being ruled out of the majority of last season due to injury, is included after returning to action at the end of the campaign, as is star forward Fran Kirby.

Kirby has not featured regularly since February and her participation in the Euros was thrown into doubt in April following the revelation that she was taking time away from the game due to fatigue. However, the forward remains a valuable player for her country and the 28-year-old will look to pick up minutes in England’s warm-up matches, starting with a match against Belgium on Friday and the Netherlands next week.

Despite her experience, the inclusion of Houghton in England’s final squad would have been a surprise. The 34-year-old centre-back has yet to feature for the Lionesses this season and in her absence, Williamson has impressed as captain side while Millie Bright and Alex Greenwood have struck up a partnership in defence and appear to be Wiegman’s first-choice pair ahead of the home tournament.

Wiegman, the former Netherlands manager who guided her country to victory at the 2017 Euros and runners-up at the 2019 World Cup, has spent her first season in the job narrowing down on a settled starting line-up and establishing partnerships throughout the side. As well as Bright and Greenwood, the pairing of Williamson and Keira Walsh in midfield ensures there is a solid spine to go alongside automatic selections such as right-back Lucy Bronze and winger Lauren Hemp.

There are a couple of areas where Wiegman still has decisions to make. All three goalkeepers included in the squad, Ellie Roebuck, Mary Earps and Hannah Hampton, have featured under her watch, while there are three possible left-backs in Jess Carter, Demi Stokes and Rachel Daly. Wiegman has also given herself plenty of options in attacking areas, with Beth Mead, Chloe Kelly, Nikita Parris and Beth England set to compete for a starting spot alongside Hemp and record goalscorer Ellen White.

England will play Belgium at Molineux in the first of three warm-up games before the tournament, with a fixture against the Netherlands to take place the following week at Elland Road. Wiegman’s squad will then travel to Switzerland for a final training camp, where they will face their hosts in their final warm-up match in Zurich on 30 June.

The Lionesses will open the Euros against Austria at a sold-out Old Trafford on 6 July and will also face Norway and Northern Ireland in Group A.