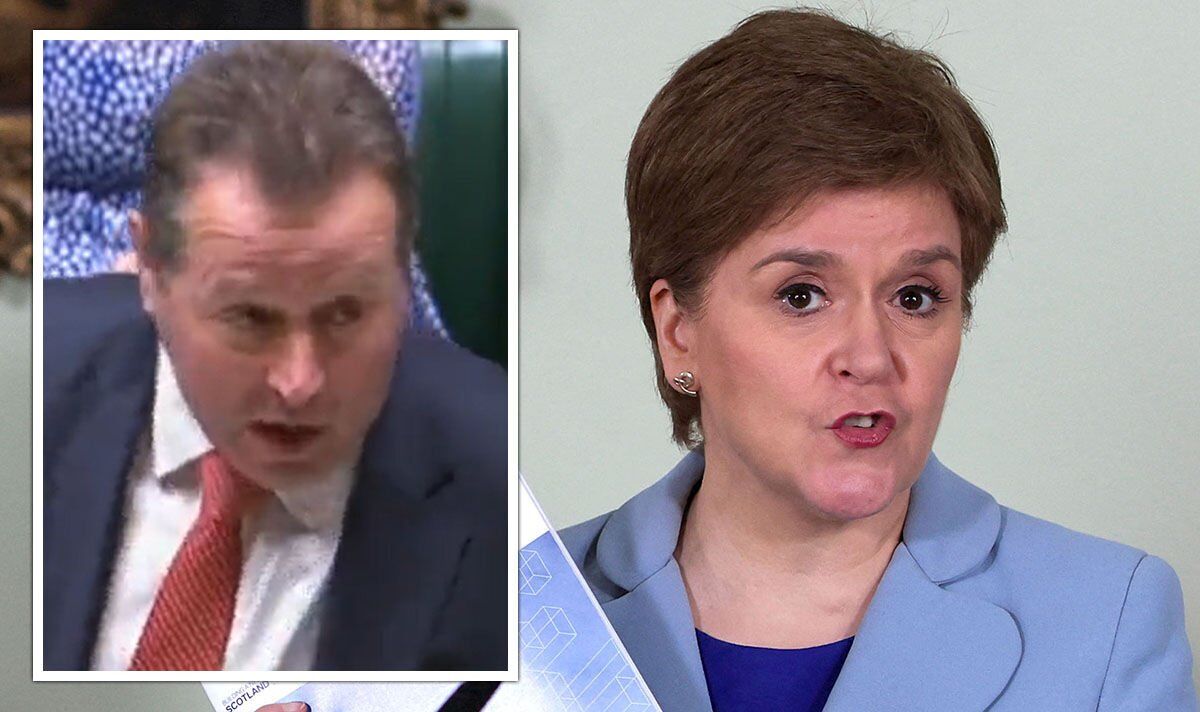 Nicola Sturgeon kicked off a new campaign for another vote on Tuesday with the release of a document laying out the economic and social differences between Scotland and other small countries, attributing the deficit to not having the full powers of an independent country. A second Scottish independence referendum should not be held until 2039 at the earliest, according to a UK Government minister. Commons Leader Mark Spencer told MPs a time gap of nearer 25 years is required before the matter should be considered again following the first vote in 2014.

Speaking in response to an update to UK parliamentary business, SNP Commons leader Pete Wishart said: “There’s one very significant statement that’s happened here in the UK today and that happened in Bute House Scotland, the First Minister’s office, where we have indicated our intention to get out of this trail of devastation that is the United Kingdom and become a country of our own.

“That process has started, that debate is now engaged, and by God are we going to win that one.”

But Conservative MP John Baron (Basildon and Billericay) later said: “In answer to the SNP’s question, we should remind them that they cannot be trusted because when we last had a referendum with regards the union we were assured by the SNP that that would be a once-in-a-lifetime, generational choice.

“They cannot be trusted.”

Mr Spencer replied: “(Mr Baron) makes an interesting observation – once-in-a-generation I think is certainly not five years, I think that would be more nearer to 25 years before it should be considered again.”

Ms Sturgeon also promised a “significant update” in the near future on how such a vote could be held without the powers being granted by Westminster.

She recalled that when she was re-elected as First Minister last May it was on a “clear commitment to give the people of Scotland the choice of becoming an independent country”.

Ms Sturgeon also noted Holyrood has a “decisive majority” of MSPs in favour of independence, arguing as a result that “the Scottish Parliament therefore has an “indisputable democratic mandate”.

She claimed that if the UK Government “had any respect at all for democracy” it would grant a Section 30 order, allowing a legally binding referendum to be held, as happened in 2014.

The First Minister conceded that the right of the Scottish Parliament to legislate for a referendum was “contested”, adding that she remains open to negotiations with the UK Government on granting of the necessary powers.

“I stand ready to negotiate a Section 30 order, if you decide that you now are a democrat,” she said, addressing the Prime Minister directly during a press conference at Bute House in Edinburgh.

“I have to say, the evidence of that up to date is not promising, but I’ll set out what we do in those circumstances if he continues to deny democracy very soon.”

But the First Minister also said the Scottish Government would have to look for a way to hold another vote if such an order was not forthcoming from the UK Government.

“My duty, as the democratically elected First Minister, is to the people of Scotland, it is not to Boris Johnson or to any Tory prime minister,” she said.

“This is a UK Government that has no respect for democracy.

“That means if we are to uphold democracy here in Scotland we must forge a way forward, if necessary, without a Section 30 order.”