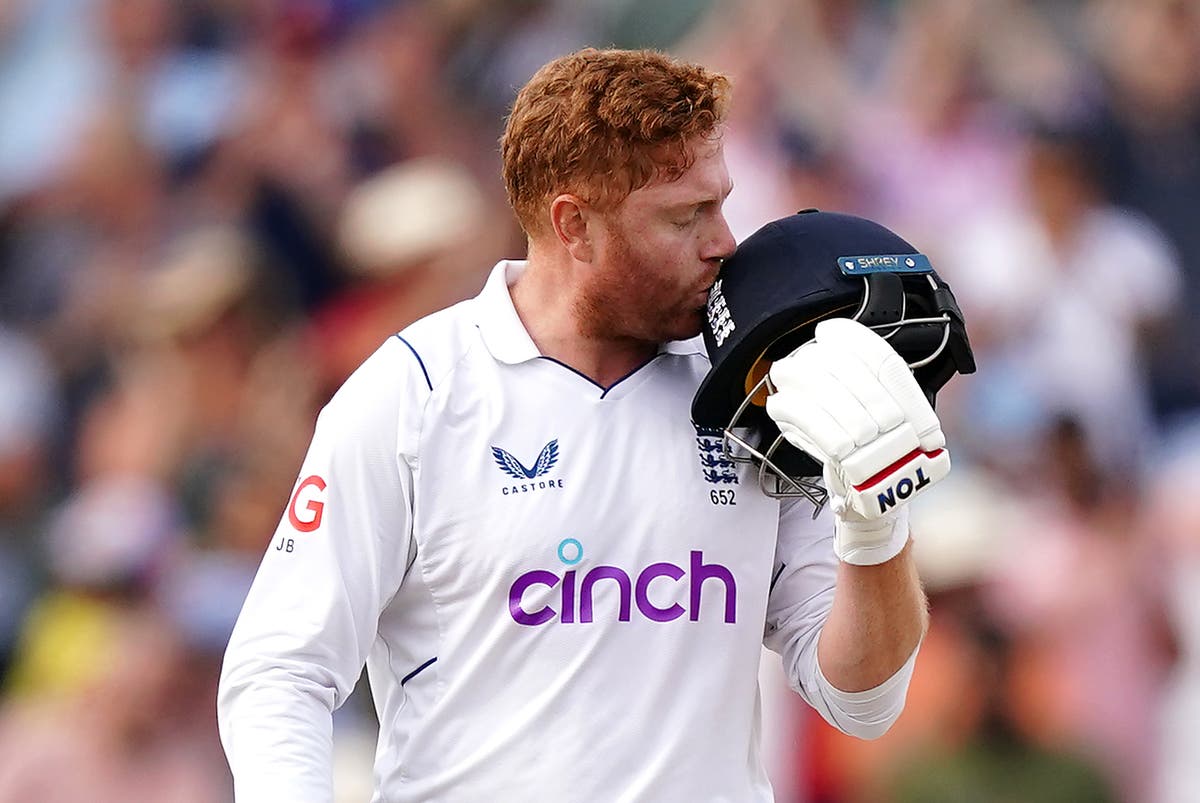 The Yorkshireman blasted 136 from 92 balls, reaching his century off 77 deliveries, as England successfully chased 299 on the final day in Nottingham.

Here we take a look at the five fastest Test tons by England players.

Jessop brought up his century in just 76 balls at the Oval during the 1902 Ashes. England, having already lost the series, ended on a high note with a one-wicket win as Jessop’s 104, which included 17 fours, helped his side chase 263.

Bairstow looked like beating Jessop’s record following a stunning blitz after tea on the final day at Trent Bridge. But two dot balls saw him bring up the milestone from 77 deliveries, with his remarkable 136 helping England secure a series-clinching win by five wickets.

England were 1-0 down in the series after losing the first Test and drawing the second, but Botham’s unbeaten 149 from 148 deliveries, including an 86-ball ton, inspired his side to an 18-run win at Headingley, despite having to follow-on.

England won the fifth Test by 103 runs at Old Trafford as Botham bounced back from a first-innings golden duck to power 118 from 102 deliveries, reaching three figures again from 86 balls. His knock, which included six sixes and 13 fours, helped England take a 3-1 unassailable lead in the Ashes series.