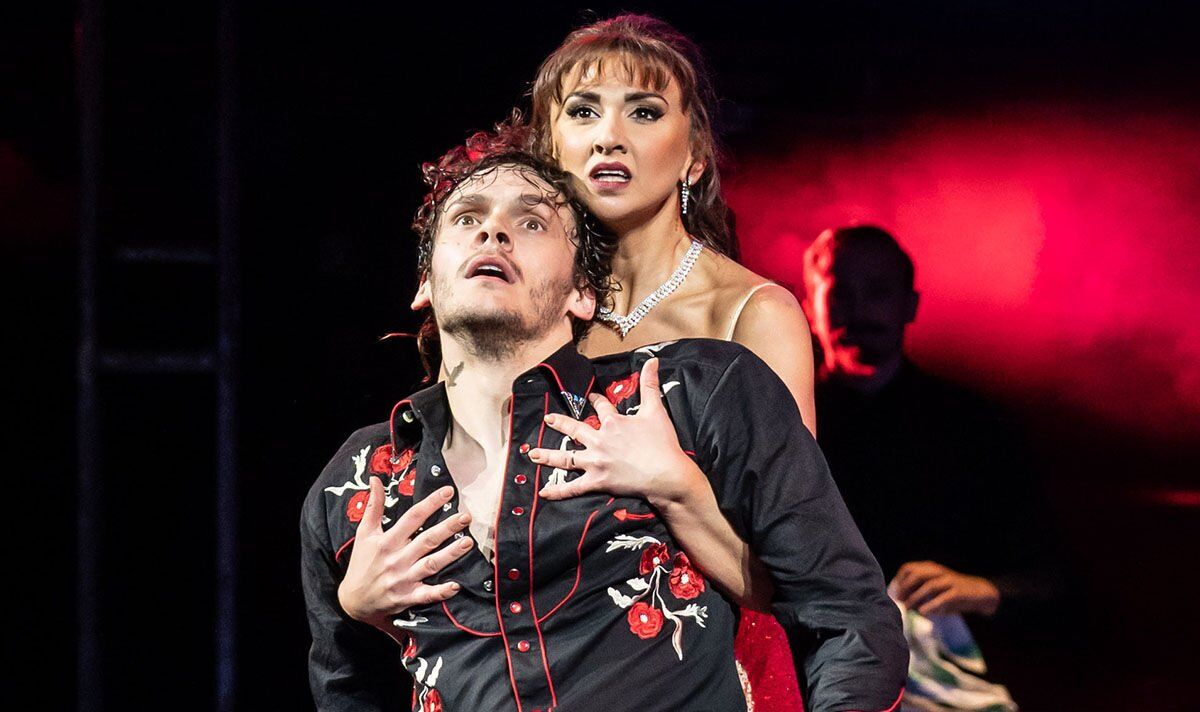 From the ‘all-male’ Swan Lake to Romeo and Juliet, Bourne loves to tinker under the bonnet of classic shows and this one is a souped-up sensation that roars full-throttle into the Royal Albert Hall as part of its 150th Anniversary celebrations. Some shows can get lost in the vast expanse of this grand old venue, but dynamic use of a huge stage that stretches right out into the audience and large video screens makes this a truly thrillingly immersive experience. It’s an absolute feast for every sense. The exhilarating choreography, Terry Davis’s glorious reworking of Bizet’s score and Lez Brotherstone’s atmospheric sets sweep us from nightclubs to prison cells, car crashes to eye-poppingly cheeky communal showers. Between you and me, you might want to pack your opera glasses…

Brozier moves with animal power and relishes his prowess, yet also radiates a conflicted core as everything spirals out of control. Strallen is a consummate West End star and brings megawatt charisma and ruthless edge while Fitzpatrick moves with such aching grace and then utterly breaks your heart by the devastating end.

All dance and act beautifully, backed by a brilliant and beefed-up cast that fill the stage and bring every moment to visceral life.

Dance shows too often need a full synopsis but Bourne’s exceptional storytelling and the vividly powerful acting and dancing of the entire cast reel you in and leave you gasping and emotionally raw by the final bloodstained kiss and devastating gunshot.

I was consumed by every single second of it, from tender intimate moments to grand group numbers which embrace their legacy to Jerome Robbins’ West Side Story while infusing modern energy to muscular choreography for the women and powerful same sex pairings.

When it all devastatingly ended I had my heart in my throat and tears in my eyes as we rose to our feet and roared our appreciation. This is what dance and, in fact, all theatre should be – a collective, communal experience.

The Car Man is an absolutely thunderous triumph and quite simply the best theatrical use I have ever seen of the Royal Albert Hall.