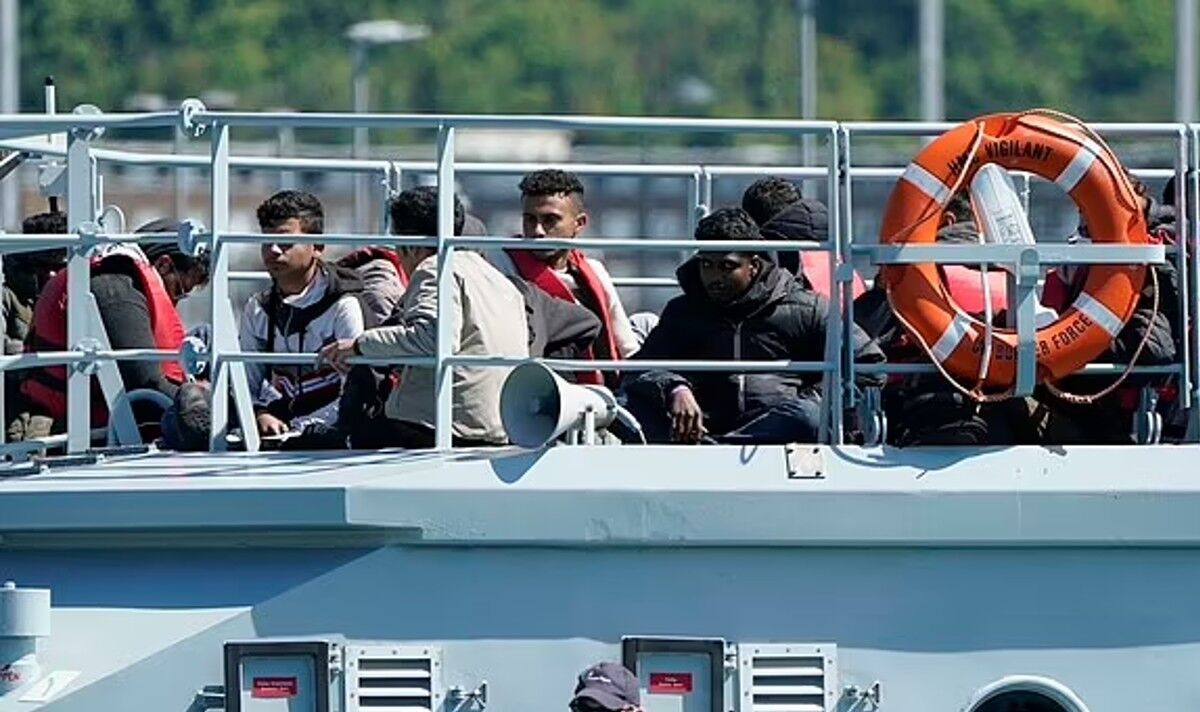 The latest figures for arrivals in Kent show 260 people made the perilous journey across the English Channel this week, bringing the total number above 705 in June alone, with the total for the year surpassing 10,000. Some of the people brought ashore by Border Force officials this morning said they had come from Syria, Iraq and Afghanistan. It comes as seven people are due to be on the first flight sending asylum seekers to the east African nation as Foreign Secretary Liz Truss insisted if they are not on that plane “they will be on the next”.

“I can’t say exactly how many people will be on the flight.

“But the really important thing is that we establish the principle and we start to break the business model of these appalling people traffickers who are trading in misery.

“There will be people on the flight and if they are not on this flight they will be on the next flight.”

Her comments come after dozens of people won legal cases to be taken off the controversial flight, while four more legal challenges from people set to be flown to Kigali are expected to be heard in the courts before tonight.

A last-ditch attempt to block the flight altogether was rejected by the Court of Appeal on Monday.

Ms Truss said the Government was ready to “face down” future legal challenges to its plans, stressing: “It’s about making sure that people have a safe future in Rwanda and we’re determined to follow through on it”.

The Foreign Secretary said she could not share a figure on the cost of the flight — reports have put it at £500,000 — but insisted: “It is value for money.”

The Rwanda asylum seeker scheme will see some asylum seekers deemed to have entered the UK illegally transported to the landlocked nation to claim refuge there.

It has been subject to widespread condemnation since it was announced two months ago, including from more than 160 charities and campaign groups that have called for ministers to scrap it.

Back in April, Mr Johnson said Rwanda shares a “humanitarian impulse” with the UK that allowed such a policy to come into fruition.

Calling the plan an “innovative approach”, he said the system was needed to stop “vile people smugglers” turning the ocean into a “watery graveyard”.

Home Secretary Priti Patel, meanwhile, described the country as having “one of the strongest records for refugee resettlement”.