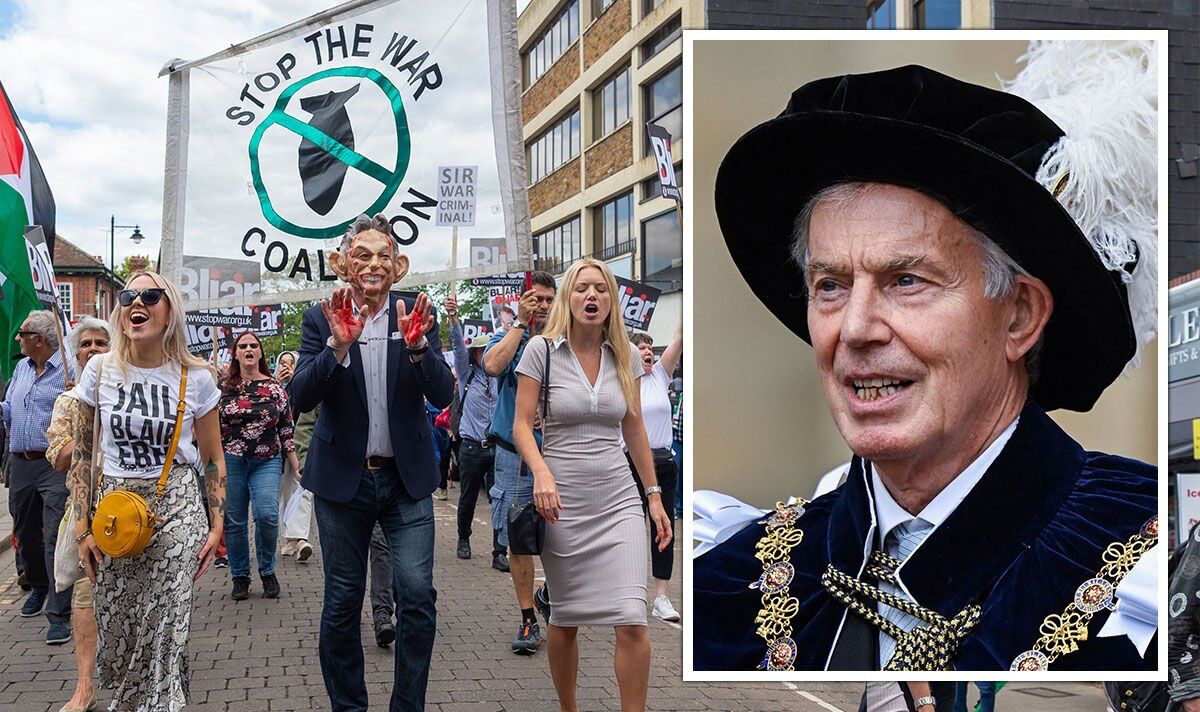 Stop the War protesters marched in Windsor as former Prime Minister Sir Tony Blair received his knighthood at the annual Order of the Garter Service at St George’s Chapel, Windsor Castle. Sir Tony Blair was appointed to the oldest and most senior British Order of Chivalry as a Knight Companion, and the honour prompted a noisy protest outside the castle walls by around 100 Stop the War activists who at one point chanted “Tony Blair war criminal”. Protesters were also filmed holding placards with “Bliar” on them.

Sir Tony walked with Baroness Valerie Amos who joined the Order as a Lady Companion.

The appointment, which is made by the Queen, has regularly been bestowed upon past prime ministers, with Sir John Major, Sir Tony’s predecessor, the last to receive the honour.

Upon accepting the knighthood in January, Sir Tony said: “It is an immense honour to be appointed Knight Companion of the Most Noble Order of the Garter, and I am deeply grateful to Her Majesty the Queen.

“It was a great privilege to serve as prime minister and I would like to thank all those who served alongside me, in politics, public service and all parts of our society, for their dedication and commitment to our country.”

Sir Tony led New Labour to a landslide victory in 1997, winning two subsequent general elections before quitting Westminster a decade later, paving the way for his chancellor Gordon Brown to take over as prime minister.

The 68-year-old famously branded Diana, Princess of Wales, the “people’s princess” after her death and was the UK leader during Allied military invasions of Iraq and Afghanistan.

“I notice you make no attempt to deny the achievement of peace in Northern Ireland.”

LBC presenter Andrew Castle interjected: “You’ve had at least four minutes before I gave you the results of the Chilcot Inquiry!

“I think that’s a fair and balanced view.”