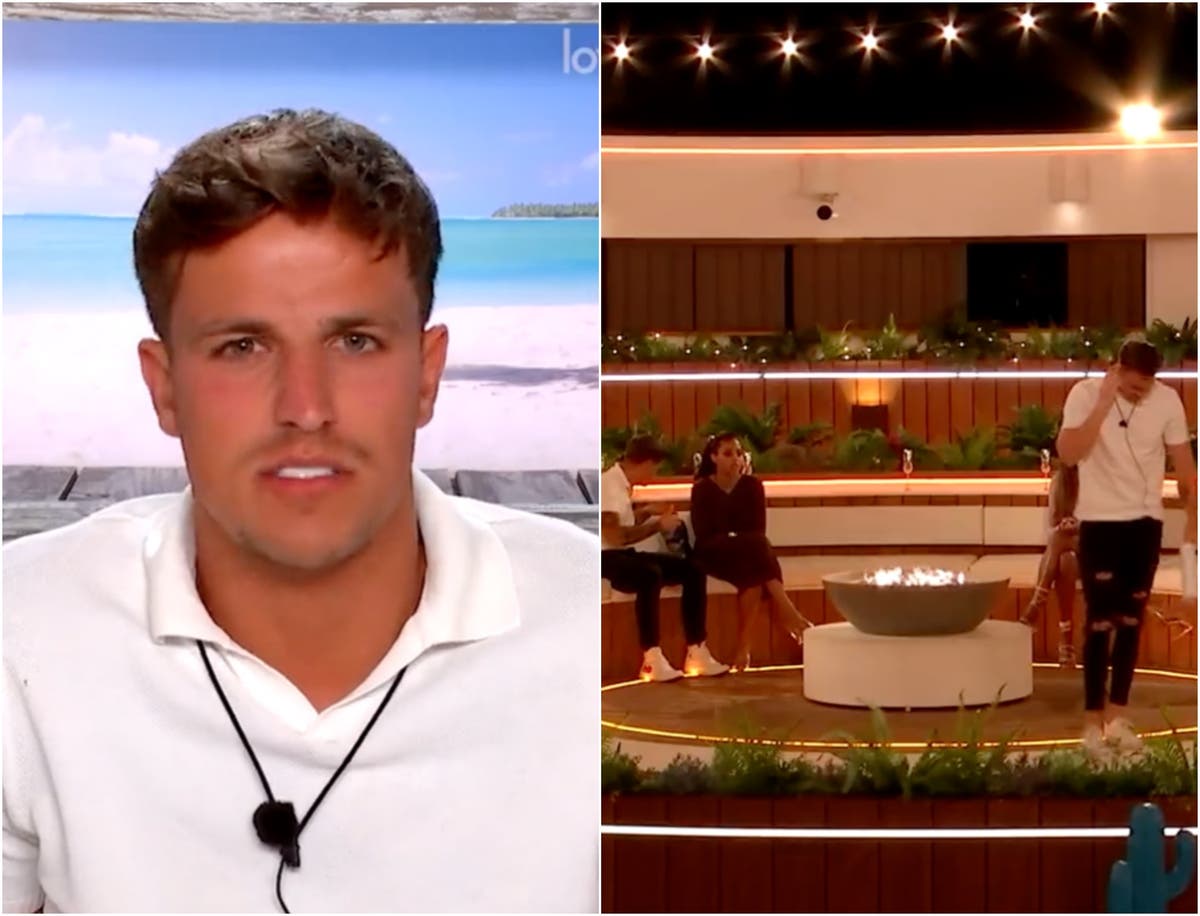 Things get heated between Andrew and Luca on tonight’s (13 June) Love Island.

The show’s official Twitter account shared a preview ahead of the upcoming episode, in which an argument between the two boys leads to Andrew storming off.

The pair are discussing Tasha, who is in a couple with Andrew, chatting to new boy Jacques, who made a dramatic entrance on Sunday’s (12 June) episode as it transpires he is Gemma’s ex-boyfriend.

“I couldn’t care less,” Andrew is heard saying to the others around the firepit about Tasha getting to know Jacques.

Speaking separately in the beach hut, Luca says: “I just don’t like people who act all like they don’t care about someone when deep down you do.”

Cutting back to the scene at the firepit, Luca calls Andrew’s statement “b******s”. “You obviously don’t like her that much,” Luca adds, leading to Andrew walking away from the group.

It’s the pair’s second argument already this season, as Luca previously confronted Andrew for “snaking” him and undermining his chances with Tasha.

Luca is now in a couple with Gemma, daughter of former England footballer Michael Owen.