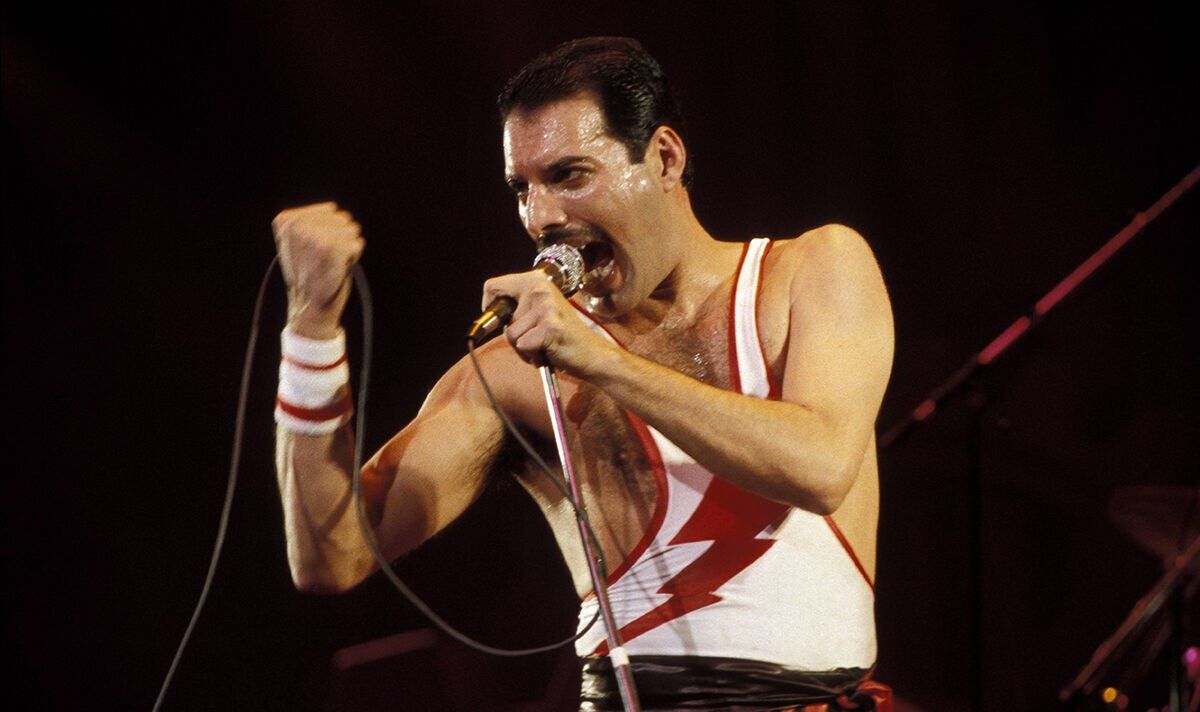 Speaking previously with Express.co.uk, curator Joanna Espin said: “What makes the stamp album really special is that it’s something Freddie put together himself and shows a lot of creativity from early years. The way he put the album together is quite different from a classic, traditional stamp album because it was more about the colours and the patterns and the shapes.  His perspective on things is different from an early age, so he isn’t just following the usual, ‘I’ll put that in a stamp album’. In his, the pages are black, which is unusual because normally they’re an off-white.”

As a boy, he would make letters and shapes out of the stamps as seen in the pictures in the album.