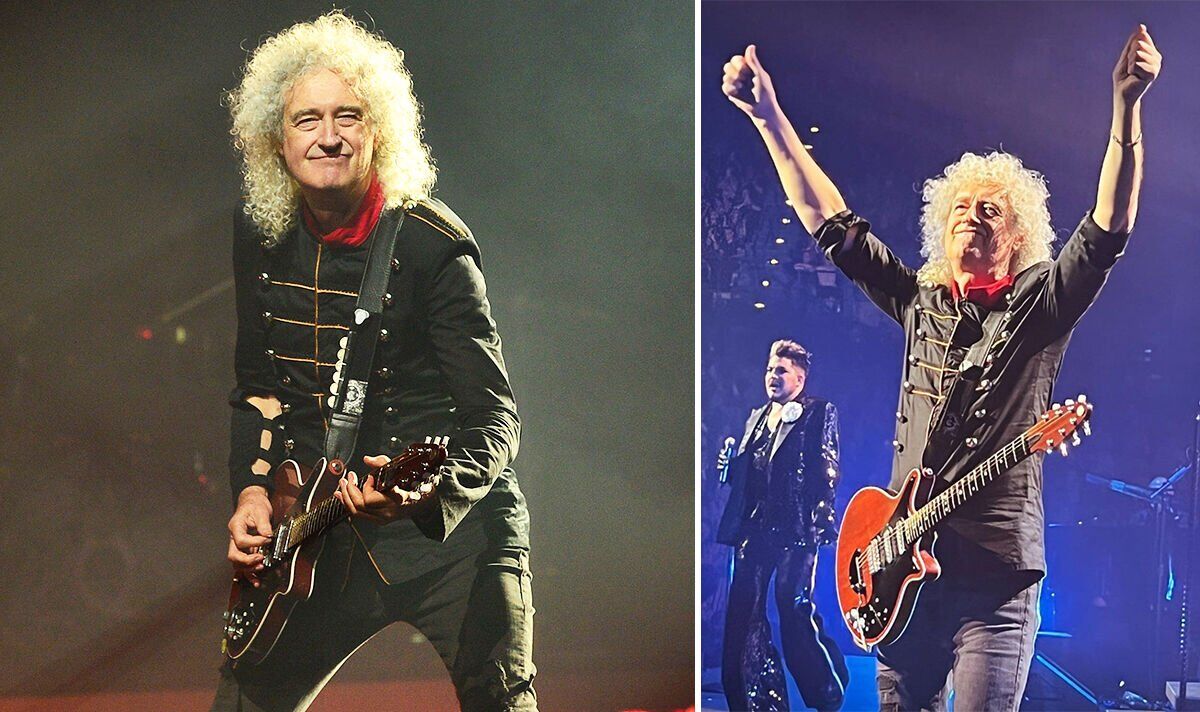 Following the first four shows of their 10-date residency at London’s The O2, Queen and Adam Lambert have headed to the Midlands for two concerts in Birmingham. The heavy schedule is taking its toll somewhat on the almost 75-year-old Brian May, but he’s pacing himself and enjoying every thrilling minute of the tour.

Brian tweeted over the weekend: “Thanks to all of you in the O2 Thursday night, packing it to the rafters and making it rock to its foundations !!!  I’ve been silent since then – enjoying a blessed day of rest after performing effectively 8 shows in 9 days. After that, including the massive stress of the Jubilee love show, and a night of filming our own show, I can tell you most of my body hurts and there’s a kind of delirium sets in. Sometimes I’m looking at my fingers in the middle of a solo and wondering what they’re doing ! But I’m reaching out for the exceptional moments – and my application to training over the last couple of years, while we were all denied live performance, has paid off. If I were 50 years younger this tour would still be an insane schedule – but right now ? Well, we’re all totally on it ! Ready to rock BIRMINGHAM !!! TONITE !!! Yeeeeeeay !!! Bri.”

Brian videoed himself putting his feet inside an ice bath after over 2 hours of rocking on stage. He could be heard saying, “My after-show treat. And breath!” And captioned the post: “Thanks beautiful Brummies !!! We loved playing to you – with you !!! Queen true interactivity was born here !!! Love you guys !!! Bri.”

Queen and Adam Lambert are currently on a well-deserved day off but will be returning for six more shows at London’s The O2, starting tomorrow.

The guitarist, Roger Taylor and singer will play in North Greenwich on Tuesday, Wednesday, Friday and Saturday this week, as well as Monday and Tuesday the following – before heading off to mainland Europe.

Queen and Adam Lambert tickets can be purchased here.