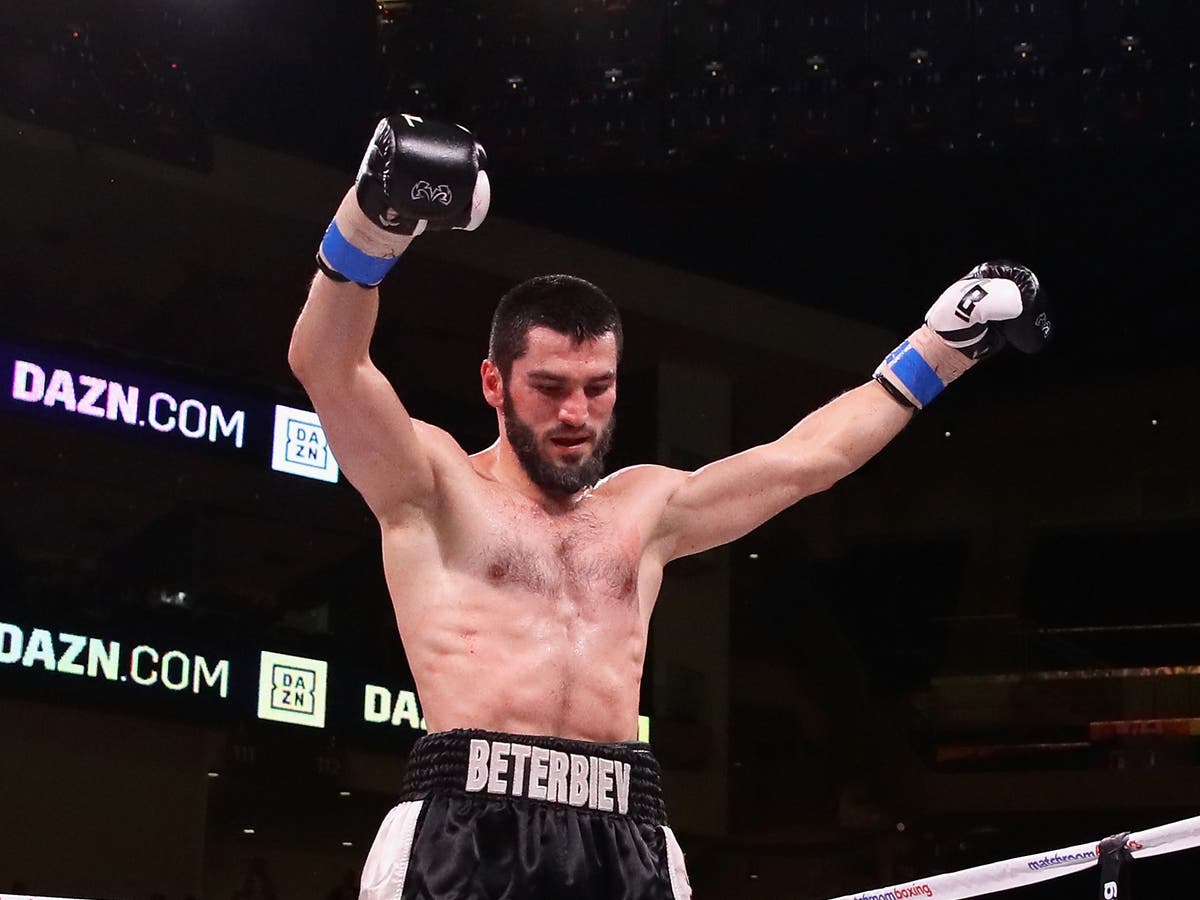 Artur Beterbiev and Joe Smith Jr will clash in New York City this weekend with three light-heavyweight world titles on the line.

Russian Beterbiev enters the main event as WBC and IBF champion and with a stellar professional record of 17-0 (17 knockouts).

Meanwhile, Joe Smith Jr carries the WBO belt into this fight, as the American (28-3, 22 KOs) looks to become the first man to defeat Beterbiev, 37.

Last time out, Beterbiev stopped Marcus Browne in December for a ninth-round victory, while Smith Jr also won in Round 9 of his most recent fight, beating Steve Geffrard in January.

Here’s all you need to know about Saturday’s main event.

The fight will take place on Saturday 18 June at the Madison Square Garden Theater in New York City.

In the UK, Sky Sports will air the fight live. It will also be available to stream live on the broadcaster’s Sky Go app.

In the US, ESPN+ will stream the bout live.