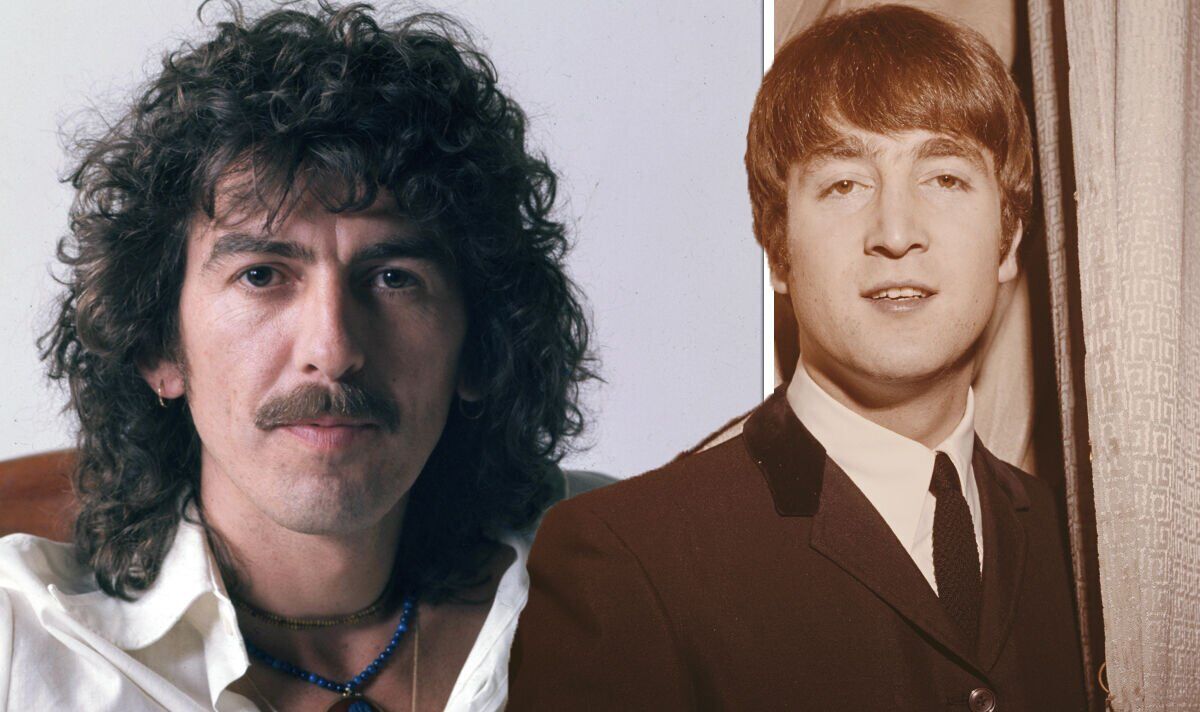 In 1969 The Beatles were working hard on their final album, Let It Be – but things weren’t happy in the Fab Four’s camp. Tensions were high. The perfectionist that was Paul McCartney was irritating the band with his very specific demands, while John Lennon frustrated the group by insisting on bringing his wife, Yoko Ono, to the sessions.

At one point, an argument between George Harrison and McCartney prompted the former to quit the band on the spot.

But things got even worse between Harrison and Lennon.

While Lennon and McCartney had been best friends for decades, Harrison briefly took that spot during the late 1960s.

Journalist David Stubbs said: “Prior to [Ono’s] arrival on the scene, George and John had become tight LSD buddies, at one point to the alienation of Paul and Ringo.”

But when the Imagine singer got married, everything changed.

He continued: “Yoko had usurped George’s place in John’s affections. As he admits in the current Beatles autobiography, he ‘lost contact’ with John. That hurt.”

And as things got even tenser during Let It Be’s recording.

Arguments broke out between members of the band. One major factor was Ono’s constant presence in the recording studio, right next to Lennon, no matter what.

Harrison later reflected on what happened during the sessions. He said: “They were filming us having a row … but I thought: ‘What’s the point of this? I’m quite capable of being relatively happy on my own and I’m not able to be happy in this situation. I’m getting out of here.'”

However, Harrison insisted: “It never came to blows.”

Harrison said: “Everybody had gone through that. Ringo [Starr] had left at one point. I know John wanted out. It was a very, very difficult, stressful time, and being filmed having a row as well was terrible.”

He reiterated: “I got up and I thought: ‘I’m not doing this anymore. I’m out of here.'”

The air was particularly thick between Harrison and Lennon at the time as Harrison really did not like Ono. Lennon later berated Harrison for insulting Ono to her face when they first met.

Harrison claimed some of his friends got a “bad vibe” from Ono in New York.

Lennon explained how he should have “hit” his pal, but didn’t.