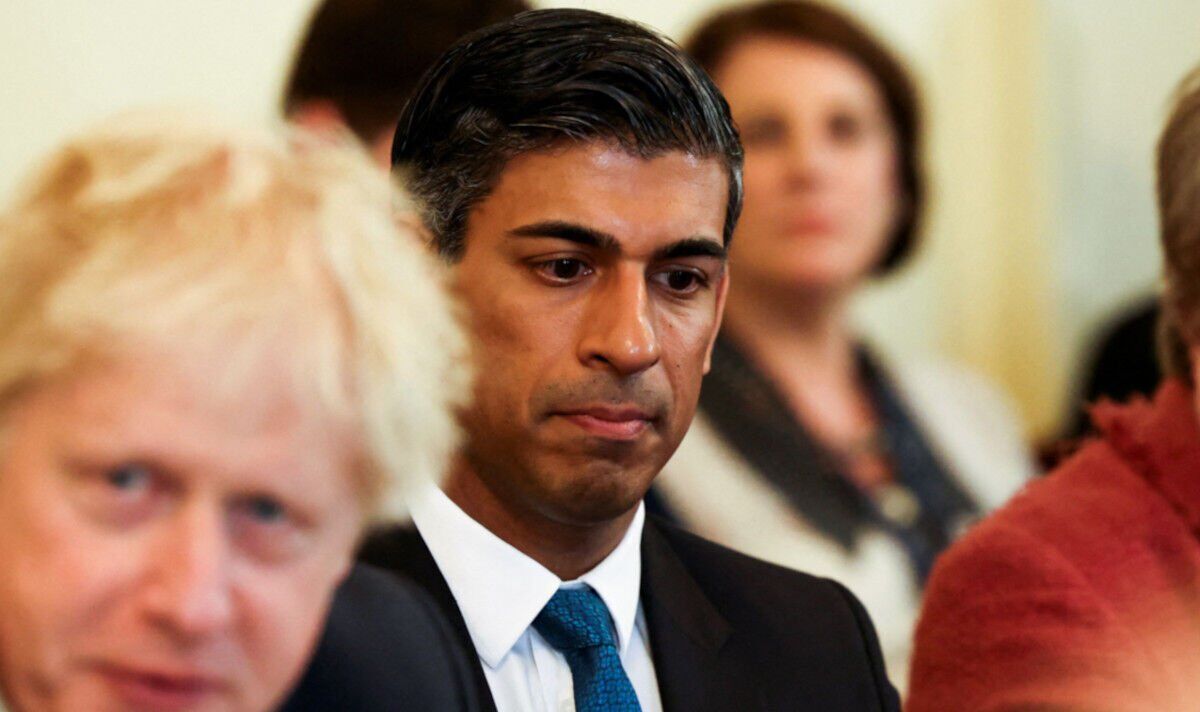 Former Brexit Party MEP Ben Habib has said that, far from having pushed Britain to become a self-ruling, independent nation post-Brexit, the Tory Government has bound itself to numerous international commitments, both in and out of the European Union. Towards the end of last year, the Chancellor agreed to sign the country into an historic economic deal with 135 other nations.

These will now enforce a corporate tax rate of no lower than 15 percent.

This is paid on a company’s taxable income.

Mr Sunak has himself, however, decided to go a step further, increasing the burden on businesses even further.

Mr Habib told Express.co.uk: “Rishi Sunak has thought it wise to sign us into an international commitment to maintain our corporation tax rate at a minimum of 15 percent.

In doing so, he has become the first Chancellor to increase corporation tax in just shy of half a century.

Mr Sunak attempted to justify the measure by pointing to an additional £47.8billion this should hand to the Government’s coffers by 2026.

But Mr Habib highlighted that the cost on British companies themselves will outweigh this Government revenue stream.

READ MORE: Boris blasted for leaving part of UK ‘behind in the EU’

Shortly after Vladimir Putin announced Russia’s invasion of its neighbouring country, Foreign Secretary Liz Truss conceded that sanctions imposed in response to this meant Britain will “have to undergo some economic hardship”.

Mr Sunak noted after delivering his Spring Statement that the UK’s responsive measures “are not cost free for us here at home”.

Mr Habib also noted the his frustration over the fact “a record five million people [are] claiming benefits and [Mr Sunak] not only increased employers’ national insurance by 1.25 percent but is hiking taxes as well”.

He argued that the whole point of Brexit had been overlooked by the Government, stressing: “One of the main reasons to Brexit was to enable the UK to become again a noble independent trading nation. This is our heritage, but not the trajectory on which Boris Johnson’s Brexit deal has put us.

“His vision, if you can call it that, is of a highly regulated and taxed United Kingdom.”