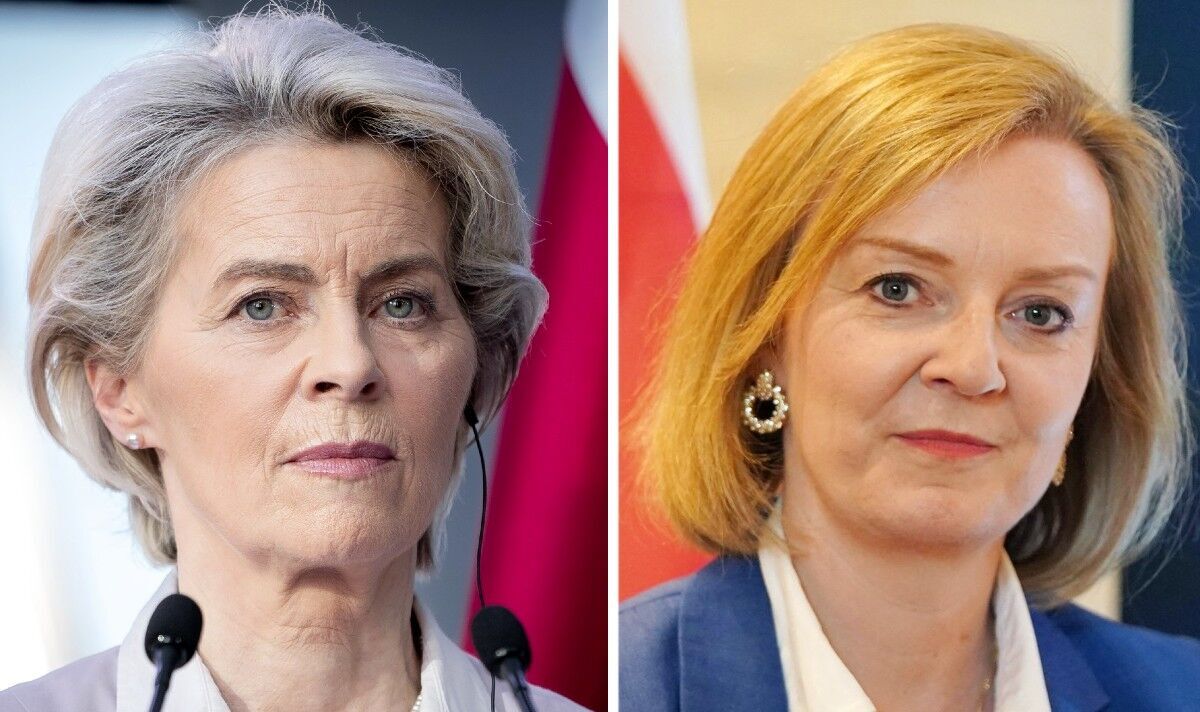 Northern Ireland Secretary Brandon Lewis said the bloc is offering solutions which would be “worse than the situation we’ve got today”. The UK has been locked in talks with the EU over the Northern Ireland Protocol – which was agreed as part of the withdrawal agreement to avoid a hard border in Ireland post-Brexit – since October 2021.

It allows Northern Ireland to remain within the EU’s single market for goods but it has faced criticism because a border was effectively created between Great Britain and Northern Ireland down the Irish Sea.

The border has led to delays, supermarket shortages and increased costs for businesses in Northern Ireland.

Mr Lewis said: “What [the EU] has been saying consistently across the media and have been reported as saying is that they’re offering flexibilities.

“Well, they’re not. What the EU are offering is some flexibility based on a fully-implemented protocol.

“That would be, actually, worse than the situation we’ve got today.

“So I do think they’ve been disingenuous in suggesting they’re being flexible when in fact they’ve not shown the flexibility that is needed for the people of Northern Ireland.”

This comes as UK Foreign Secretary Liz Truss gears up to retaliate against the EU.

On Monday, Ms Truss plans to introduce a bill to the House of Commons which will allow the Government to unilaterally override parts of the protocol.

But Mr Lewis insisted that the Government’s plans are “lawful” and “correct”.

Speaking to Sky News, he added: “The Government lawyers were very clear.

“We are working within the law.”

But Shadow Chancellor Rachel Reeves disagreed, saying: “It does look like the Government plans to break international law.

“This Government seems to be developing a record for lawbreaking and it is not one that the Labour Party can support.”

Ms Truss was reportedly asked to tone down the contents of the bill by Boris Johnson for fear of exacerbating tensions with the EU.

But this has caused eurosceptic MPs to express doubts about the legislation.

Speaking in the House of Commons, MP Bernard Jenkin warned: “If the Government brings forward a bill that does not hold out the serious prospect of the restoration of power-sharing in Northern Ireland and the restoration of the Good Friday Agreement, I will vote against it.”